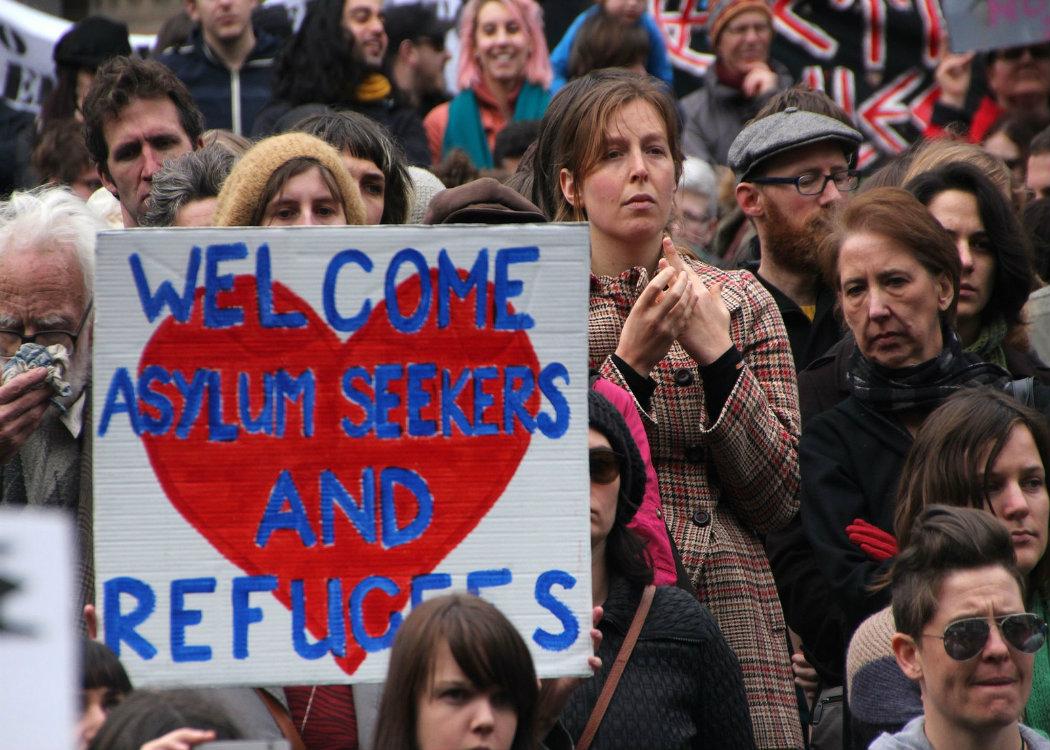 As the public calls for greater refugee support, CommonSpace looks at the desperate struggle for asylum seekers to reach and then survive in the UK

THE IMAGE of Aylan Kurdi, a three-year-old child from Kobane found dead on a Turkish beach, has brought a new focus on the plight of refugees fleeing war and persecution.

Campaign groups have launched donation drives to support refugees with basic supplies, a petition calling for greater support from the government has reached 190,000 signatures , and attention has been drawn to the failure to stop the war in Syria and Iraq.

Refugee support in the UK has been criticised as draconian and inhumane.

Here are five of the main problems with how the UK government treats refugees.

The number of Syrian refugees accepted into the UK could fit into a single tube train.

Just 216 applications have been accepted out of the millions on internally and externally displaced refugees from the conflict.

David Cameron has promised to keep the number of refugees allowed into Britain low.

Often refugees are removed from the UK to be sent back to countries where their life might be in danger. Earlier this year Glasgow student Majid Ali was sent to Pakistan despite fears for his safety there.

Financial support for asylum seekers is currently set at PS36.95 per person , per week, which equals PS5.28 a day for food, sanitation and clothing.

Just PS3 extra a week is provided for pregnant mothers or families with a child between one and three years old.

This level of financial support is far lower than any other living allowance allocated to any other social group.

Campaign groups like Unity in the Community and the Scottish Refugee Council have spoken out against the consequences of refugee poverty.

While refugees are applying for asylum status in the UK some are locked-up in detention centres like Dungavel and Yarl’s Wood.

Earlier this year those imprisoned in the centres launched a hunger strike, partly motivated by poor treatment and conditions.

The imprisonment of children in Dungavel prompted a long-running political dispute in Scotland. Asylum rights groups argue that the centres should be shutdown in favour of more humanitarian alternatives.

4) The status of ‘unlimited detention’

The UK is the only country in Europe where refugees can be placed in detention for an unlimited length of time.

Greece, which is facing substantial strains on resources to deal with thousands of daily refugee cases, is in the process of dropping the practice.

5) Preventing refugees from having the right to work

In the UK it is illegal for refugees to work in the UK while their asylum claims are being processed, unless the claim has lasted over 12 months.

So while payments and social security support is very low, there are limited opportunities for those who arrive in the UK to contribute as part of the workforce.

This forces asylum seekers into a state of dependency, prevents opportunities for integrating into new communities and places a barrier in front of those seeking a new life following persecution.