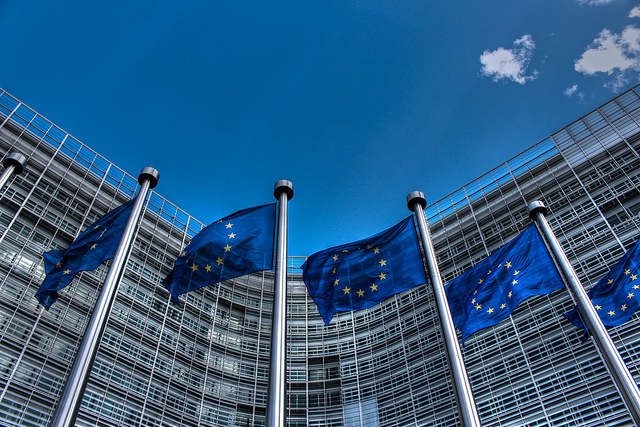 What do the statistics and predictions of the Scottish Government’s new Brexit paper mean in terms of real-world consequences for ordinary Scots?

During the Monday morning press conference at which the new analysis was published, First Minister Nicola Sturgeon apologised for the flurry of statistics she was about to unleash, and attempted to articulate the concrete consequences of these modelled predictions for the people of Scotland.

All of the mooted post-Brexit scenarios for the UK, according to the new paper, would hit ordinary Scots in real disposable income, and when divided by every person in the country, each scenario would still cost hundreds or thousands of pounds per head.

While the terminology of the debate and the negotiations surrounding Brexit can often seem abstract and unreal, the outcome of Brexit may – should the Scottish Government’s data prove reliable – have a significant effect on our everyday lives. Below, CommonSpace breaks down the most significant aspects of the Scottish Government’s analysis, with comment and reaction from campaigners, experts and Scottish civil society.

An observer unfamiliar with the endless technicalities of single market membership might not see so great a difference between that and the possibilities of a free trade agreement between the UK and the EU. However, the Scottish Government analysis argues: “The vulnerability of our economy to a hard Brexit cannot be adequately mitigated through a UK-EU FTA.

“Continued membership of the European Single Market on the other hand will ensure the UK economy continues to benefit from the trading arrangements we presently have. Recent analysis by National Institute of Economic and Social Research (NIESR) demonstrates that retaining Single Market membership could avoid seeing a 60% decline in both goods and services exports to the EEA in comparison to an arrangement based on WTO rules.”

While Nicola Sturgeon acknowledged that her advocacy of single market membership was pragmatic rather than ideal, Dr Kirsty Hughes, director and chair of the Scottish Centre on European Relations, has noted that such a position may bring problems of its own.

In her initial response to the paper’s release on Twitter, Dr Hughes argued: “Being in EU single mkt/customs union with no vote or real influence is clearly worse than being in EU. EU will take decisions that don’t match UK or Scottish interests. Paper doesn’t dwell on this major democratic deficit – but emphasises staying in EU is preferred option.”

Speaking to CommonSpace, Dr Hughes elaborated that such a democratic deficit was not abstract, and has affected Norway, the country held up by Sturgeon as an example of its viability. “There has been a serious Norwegian Government report, six years ago now, saying being in the single market through the EEA constitutes a major democratic deficit, and at least they get to set their own trade policy, which you wouldn’t if you were also in the customs union. It’s a problem, not having a say in laws and rules and trade policies that are going to apply to you, and I think if that happened, there would, over time, be cases where that caused direct economic damage.

“If you look at how the EU works, and how the member states argue for weeks and months over new laws or trade policies, they’re protecting very specific interests. You’re going to lose your vote on that. I think they (the Scottish Government) are right overall, that it’s better economically overall than any of the other Brexit options, but it’s a long way from perfect because of that democratic deficit.”

The Scottish Government analysis does acknowledge that single market membership will only retain “some opportunity to influence the future development of these policies to meet our needs, albeit with greatly reduced leverage than that which comes with being a member state.”

While EU bureaucracy can seem baffling and at times contradictory, it has provided protections for workers’ rights not enshrined in UK law, which would be lost unless some version of the EU framework was retained.

The Scottish Government paper points out: “In the wider social sphere too there are real benefits to be reaped from remaining within the EU policy framework. The European Commission, in pursuing the creation of a digital Single Market, has called on EU governments to focus on finding innovative ways to offer life-long and personalised support to help people in relation to employment, skills and welfare.

“In parallel to this, in January 2017 the European Parliament approved recommendations for a European Pillar of Social Rights which would guarantee basic rights for workers, regardless of the form of employment and contract, and specifically including work intermediated by digital platforms.

“In leaving the EU policy framework Scotland would lose both the opportunity to influence this key element of the fair work and inclusive growth agenda, and also run the risk of diverging significantly from future norms in a complex and rapidly expanding area.”

Commenting on the paper’s release and the troubling potential consequences of Brexit for Scottish workers, Scottish Trade Union Congress (STUC) General Secretary Grahame Smith said: “The figures in this paper make sobering reading for workers and communities across Scotland. Not only are our jobs at risk, but hard won rights and protections for workers, consumers and the environment are also under threat. The paper clearly shows that Brexit will be damaging to the Scottish economy, it is simply a question of the level of harm that will be caused.

“It is time for the UK Government to get real about the threat that hard Brexit poses and to let go of its arbitrary and meaningless red lines that serve no purpose other than to tie its own hands in European negotiations. It must now accept that a ‘no deal’ option would be catastrophic for the economy and workers, and instead seek the best possible option which maintains access to the single market, allows freedom of movement and protects workers’ rights.”

Both the Scottish Government analysis and Nicola Sturgeon’s accompanying speech placed much emphasis on Scotland’s demographic challenge, divergent from the rest of the UK, with Sturgeon calling the new paper part of a continued attempt to change the narrative around migration.

The paper shows that the challenge Scotland faces is that it will, according to the modelling of available data, see more deaths than births every year for the next 25 years. By 2041, it is projected that there will be as many as 10,000 more deaths than births that year in Scotland. If there is to be any population growth in Scotland over the projection period of 2016-2041 – which the analysis indicates Scotland’s economy will require – then it will come from migration.

“Ensuring EU citizens are free to continue to live and work here is essential for maintaining that population growth, which underpins future economic growth and the sustainability of our public services,” the Scottish Government paper argues.

It continues: “The projected growth in Scotland’s population will slow if levels of EU migration are reduced. In scenarios where future EU migration is constrained, the population is projected to peak in the 2030s and then decline after that point. In contrast, the UK overall continues to see its population increase every year over the next 25 years.

“These trends will have a significant impact on Scotland’s economy. The increase in the number of people of pensionable age will increase demand for health care and other public services. The concurrent fall in the working age population which is projected under reduced EU migration scenarios, will introduce skills shortages across the economy and reduce the tax revenue required to fund public services.”

The key findings of the analysis in this area demonstrate that on average, EU citizens contributed approximately £4.42bn to the Scottish economy per year, and that each additional EU citizen working in Scotland will contribute £34,400 in GDP, and £10,400 in government revenue.

“Students from outside the UK – be that within the EU, or beyond it – bring immense cultural, economic, and educational benefits to our universities and colleges, as well as wider Scottish society. We believe that it must be a priority for those students to continue to be able to come and study in Scotland, and remain concerned about the negative impacts of Brexit on the diversity of the student population.”

While debates will no doubt ensue about the rights and wrongs of the Scottish Government’s preference for EU membership and their advocacy of single market membership, the new analysis is nevertheless still more in-depth than anything the UK Government has so far released, which has resulted in criticism regarding the way it has handled the possibility of official Brexit impact studies. Similarly, Nicola Sturgeon has grown increasingly critical of UK Labour leader Jeremy Corbyn’s position on single market membership, which she has characterised as either incoherent or misleading.

The Scottish Government’s position on Brexit negotiations and their preferred outcome stands in contrast to recent findings from a recent Left Foot Forward poll conducted by BMG Research, which found that just 28 per cent of voters think Labour’s Brexit stance is clear, with 54 per cent stating it is not very clear/not clear at all.