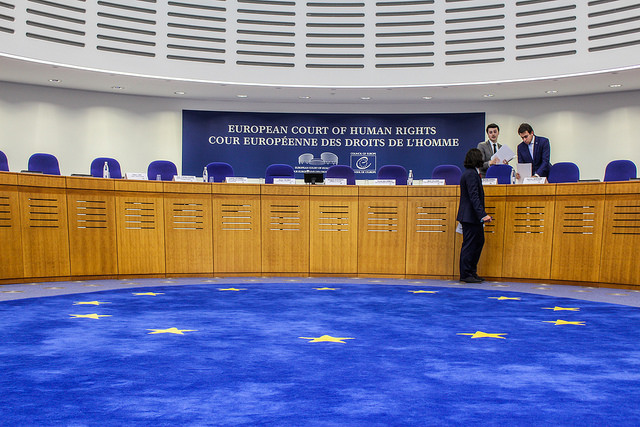 CommonSpace explores what leaving the EU means for human rights

THE issue of human rights has been at the forefront of the debate over leaving the EU and the content of the EU Withdrawal Bill, but the relationship of the EU to human rights law has not always been clear.

To help clear things up, CommonSpace breaks some of these down.

What is the EU Charter of Fundamental Rights?

The Charter of Fundamental Rights was agreed by the member states of the EU in 2000 as a bill of rights for all citizens of the EU. The charter lays out rights which might be applied equally to all EU citizens under six headings: dignity, freedoms, equality, solidarity, citizens’ rights and justice.

The Lisbon Treaty, which came into force in 2009 with agreement from EU member states, created a number of changes to the EU, one of which was to make the Charter of Fundamental Rights legally binding.

The European Court of Justice (EJC), based in Luxembourg, is the highest EU court and enforces the charter along with all other EU law. A ruling by the ECJ that an EU member state has breached one of the rights within the charter should mean that the country must repeal the law or otherwise make a change so that they are no longer in contravention of the charter.

How will leaving the EU impact on the charter?

As it stands, the Charter of Fundamental Rights is only relevant to the member states’ implementation of EU law, so a claim cannot be made to the ECJ in relation to any other laws. This means the scope of the charter is very narrow in practice.

There is also a protocol in the Lisbon Treaty, agreed only with the UK and Poland, which said that the charter could not extend the ability of either the ECJ or any court or tribunal in the UK or Poland to rule against those countries for failing to be consistent with its principles. In practice, a claim under the charter can’t be raised in a British court, but the charter can be used in UK courts as ‘case law’ to inform rulings.

It’s also impossible for any court to overturn a law in the UK without this being agreed by MPs, so the responsibility already lies with parliament to make these changes if a violation of rights is highlighted.

How will leaving the EU affect other equality and human rights laws?

Aside from the Charter of Fundamental Rights itself, a number of EU laws have created protections supporting equality and human rights – for example, laws around working hours and conditions.

The default position of retaining EU law means that, in the first instance, these protections will remain in place. Parliament will, however, have the ability to change those laws, and the UK Supreme Court will have the right to challenge them.

This has raised concerns among a number of human rights campaigners, including Liberty UK and Amnesty International, because there is no assurance in the EU Withdrawal Bill that equalities and human rights protections will not be weakened at a later date.

What is the ECHR?

The Council of Europe does not create laws in the same way as the EU but rather enforces over 200 international agreements, including the ECHR. The ECHR is enforced through the European Court of Human Rights (pictured), based in Strasbourg, which was set up with the aim of preventing the kinds of human rights abuses which took place during the Holocaust.

The Convention was inspired by the United Nations Declaration of Human Rights, and similarly protects the right to life, privacy, freedom of speech and religion, peaceful protes, equality before the law, and a fair trial, and bans torture and slavery.

The ECHR can rule that any of the 47 Council of Europe member states has breached these rights. From there, the expectation is that countries will act in good faith on the basis that they have agreed to the convention and will change laws or pay compensation as required. In some cases political pressure will be applied to encourage the relevant state to act accordingly.

How will leaving the EU impact on the ECHR?

It won’t. The UK will remain a member of the Council of Europe and will still have to abide by the ECHR.

The Conservative Party has committed to remaining a signatory to the ECHR Convention at least until the next general election.

If the UK was to leave the Council of Europe – of which all members are signatories to the ECHR – this would make it one of only two European countries, along with Belarus, to not be a member.

What’s the difference between the Charter of Fundamental Rights and the ECHR?

The Charter of Fundamental Rights was based on the ECHR and covers most of the same rights, to avoid any conflict between the two courts. The expectation under the Lisbon Treaty is that the EU’s Justice Court will agree to the decisions of the European Court of Human Rights.

However, the charter covers some additional social and economic rights not included in the ECHR, including the right to strike, rights relating to new technology such as the protection of personal data, and political rights of EU citizens.

What is the Human Rights Act?

The Human Rights Act (1998) is a UK law which enshrines the ECHR into UK law. This means that when one of these rights are breached, an individual can raise this with a UK court instead of going to the European Court of Human Rights in Strasbourg, thus allowing many more people to benefit from the protections.

The Act makes it illegal for any public body, or private company delivering a public service, to violate any of the rights under the convention.

How will leaving the EU impact on the Human Rights Act?

The Human Rights Act will be unaffected by leaving the EU, although the Conservative Party have repeatedly suggested repealing it. This was proposed in the party’s 2015 manifesto, to be replaced by a new British Bill of Rights.

The 2017 manifesto said this would be put on hold until after the UK has officially left the EU with negotiations finalised.

The Conservative Party has cited what it perceives as an overly generous extension of human rights to suspected terrorists and prisoners as the reason for its intended reforms to human rights law.