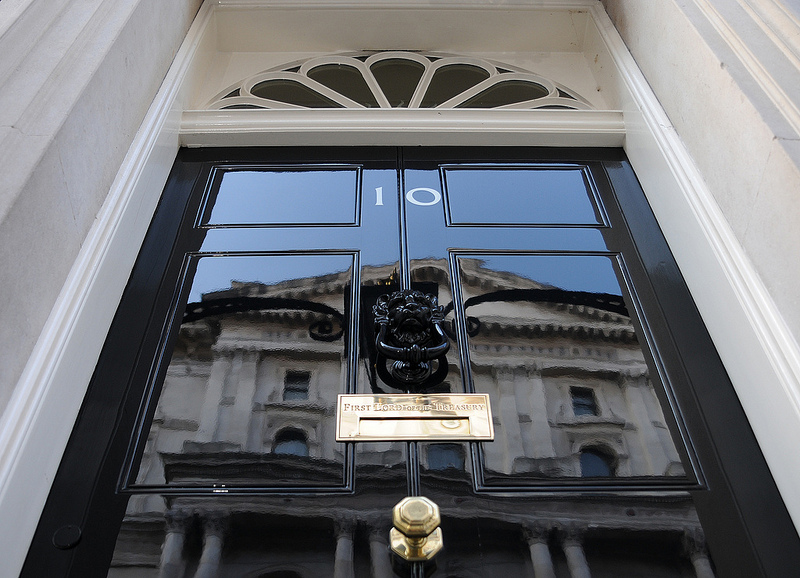 After Boris Johnson and David Davis make their cabinet exit, how could Theresa May be replaced?

SPECULATION about Theresa May’s tenancy at No 10 Downing Street has dominated the week, but how could she actually be replaced?

As two of Theresa May’s top government team seemed to desert her, with the resignations of Brexit boss David Davis and foreign secretary Boris Johnson, political pundits began to wonder how long the beleaguered prime minister could hold.

CommonSpace takes a look at the different constitutional mechanisms for dethroning the Maybot.

The easiest way for a prime minister to be replaced is for Theresa May to set her own date of departure from No 10 by visiting the Queen to officially resign as Prime Minister.

This scenario would not necessarily trigger a general election, and as occurred when David Cameron and Tony Blair resigned, Theresa May could hold off visiting the palace to resign as prime minister and first allow her party to pick their new leader.

Likely prompted by a figure such as Boris Johnson making a move against May, the powerful Conservative backbenchers committee, the 1922 committee, could itself force a leadership election if over 48 parliamentarians request a vote of confidence in the prime minister. If the committee passes a vote of no confidence in Theresa May, then an internal leadership election would be triggered to select a new party leader and the next prime minister.

3. No confidence in the Commons

A less likely method, if two-thirds backed a no confidence motion in Theresa May then Westminister would have 14 days to find a new prime minister who could command the support of a majority of MPs.

Under this situation, parliament would dissolve unless another party was able to put forward another government which could command the confidence of a majority of MPs within 14 days of the no confidence vote. This situation could allow the Conservatives to select a new leader, but since Theresa May lost her parliamentary majority in 2017, the new leader would still need to come to a similiar arrangement to the current one with the DUP or another party to ensure they had a majority.

The last example of a vote like this was in 1979 when Labour’s minority government led by James Callaghan lost a confidence vote to Tory leader Margraet Thatcher.

Before 2011, the prime minister could trigger an election by asking the Queen to use her prerogative to dissolve parliament, but this power was changed by the coalition government in 2011.

The Fixed Term Parliament Act lays out the protocol for parliament to be dissolved, either through a no confidence motion as described above, or more likely through a two-thirds majority of the Commons voting for an early general election. This process was how the snap general election which saw May lose her majority in 2017 was triggered.

Although speculation is likely to continue as May struggles to unite her party and government, the reality is that it is very difficult for a reluctant prime minister to be removed from office. Westminster insiders suggest the most likely way May could be replaced against her will would be for the 1922 committee to turn against the prime minister, triggering an internal search for a new Conservative leader.