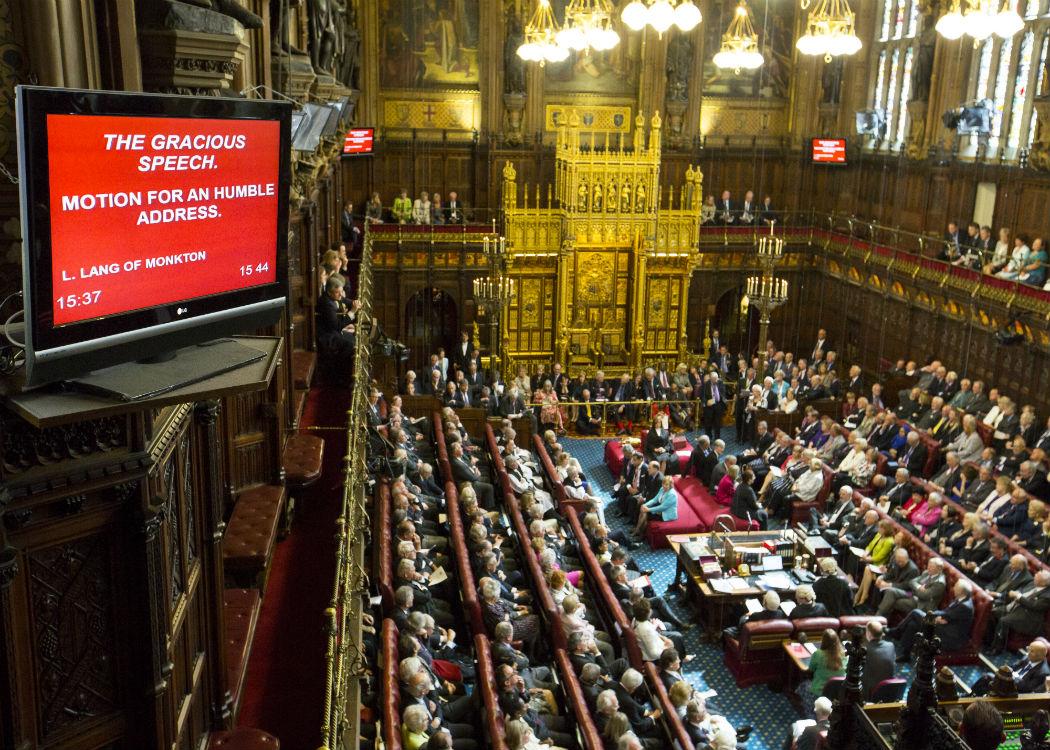 THE CONSERVATIVE government’s legislation designed to reduce tax credits is facing significant opposition in the House of Lords, leading Chancellor George Osborne to warn that UK politics is going down an “unprecedented constitutional path”.

But what is the role of the controversial second chamber, and do Osborne’s dire warnings match the reality?

CommonSpace takes a look at the Lords and the current political impasse.

Why does Westminster have two separate chambers?

British parliamentary structures emerged steadily following the English Civil War in the 1600s out of a monarchy and into a parliamentary democracy. The names of the chambers tell us what their supposed functions are: the Commons is supposed to be staffed by and represent the common people, and the House of Lords is supposed to be made up of and represent the aristocracy; an elite caste who controlled the country in conjunction with the monarchy.

Over the centuries, and particularly in the 1800s and 1900s, the aristocratic House of Lords grew progressively weaker at the expense of the House of Commons as Britain developed into a modern industrial society and the traditional position of the aristocracy declined.

The retreating lords suffered several major defeats at the hands of the new developing political order, including the Parliament Act of 1911 which largely ended the House of Lords ability to reject legislation.

Why has the Lords become important now?

There is major opposition in the Lords to changes to tax credits proposed by the current Conservative government. Opposition peers are rallying around two separate motions: a Liberal Democrat motion calling for the scrapping of the changes, and a Labour motion calling for a three-year delay to establish a package of financial assistance for those negatively affected by the cuts.

Some Conservatives have claimed that such moves, if successful, would amount to an unprecedented constitutional crisis, as the Lords would have exceeded its rights to interference with legislation, particularly in light of the 1911 Act.

However, opposition peers cite several occurrences of the Lords rejecting legislation since the Second World War. They further claim the right to oppose bills which are not ‘primary legislation’, but which are packaged in a wider package of measures, as the tax credits changes are.

They say that the Conservatives are over-inflating the danger of constitutional rupture out of desperation.

So why is the Lords opposing the legislation?

The make-up and function of the Lords has been fundamentally altered. Throughout the period discussed in this article most members of the House of Lords were hereditary peers – people who inherited their aristocratic privileges through blood.

This situation was finally ended forever under the first Blair government, which passed the House of Lords Act 1999 restricting the number of hereditary peers to 92.

Since then new lords have been ‘life peers’, awarded their titles by political parties.

The strange thing about the current confrontation between the government and the Lords is that the second chamber has traditionally been more conservative than the Commons.

Today the Lords is dominated by Liberal Democrat and Labour peers, while the Commons is dominated by the Conservatives. The Lords has ceased to be an aristocratic institution, and become and institution of party political patronage – with the chamber dominated by figures loyal to different factions in the party system.

With the opposition in the Commons divided between the SNP, too small and unrepresentative to stop legislation passing, and a Labour party in an unprecedented state of internal agony after defeat and the election of Jeremy Corbyn as leader, opposition has been taken up in the most unlikely of places.

And while it’s probably the case that some peers morally object to the changes to tax credits, which are likely to see Britain’s lowest paid take a hit, the latest confrontation will be seen as an item of party rivalry.