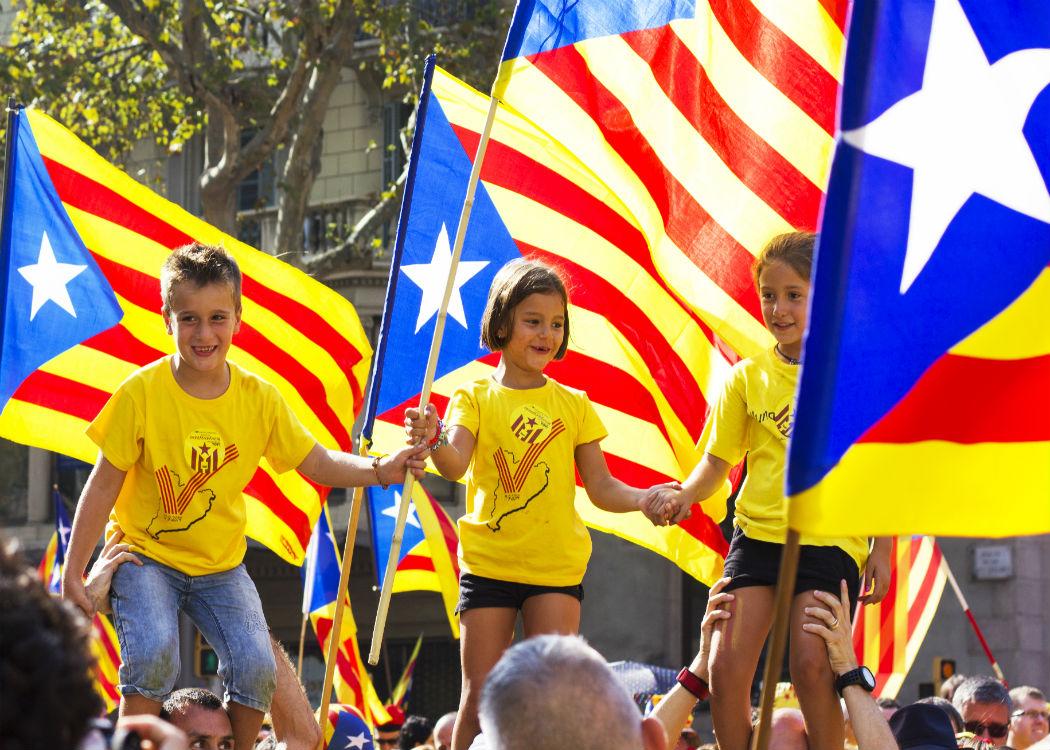 PRO-INDEPENDENCE parties have taken 72 of 135 seats in the Catalonian parliament, a majority that they say gives them a mandate to create an independent Catalonian state.

In reality, it is more an escalation in the stand-off between the Catalonian independence movement and the Spanish state, which refused to recognise the Yes result of an independence referendum held in November 2014.

CommonSpace looks at the history of the Catalonian national question and the current impasse.

Catalonia lies in the north-east corner of the Spanish peninsula, bordering France. It is densely populated, with around seven and a half million inhabitants. Catalonia’s capital and largest city, Barcelona, is the second city in Spain and with a population of over five and a quarter million one of the largest metropolitan areas in Europe.

It is a wealthy region with a history in manufacturing and trade. Barcelona is a major international tourist destination.

Catalonia was incorporated into the emerging unified Spanish state in the 15th century. The nation gained a degree of autonomy after the death of dictator Francisco Franco in 1975. The 1978 democratic constitution designates Catalonia as an Autonomous Community of Spain, and an “historical nationality”.

What is the historic backdrop to the dispute?

A complex of motivations underlies support for independence. Feelings of cultural difference, particularly over language and a history of the suppression of the Catalan tongue have been one factor. The Spanish Government still haggles over the prominent use of Catalan in schools.

To a significant extent the language issue dovetails with older fears regarding the Spanish state and its historic treatment of the Catalonian people. Spain only formerly emerged from dictatorship with a democratic constitution in 1978, and it is widely believed that elements of the state retain a common allegiance to the nationalist and authoritarian mode of Francoism.

Catalonia, and particularly Barcelona, was the beating heart of the Spanish revolutionary movement in the 1930s, and the last part of Spain to fall to Franco’s nationalist forces in the civil war. The war was followed by harsh repression of Catalan identity and language, the murder of dissidents and the centralisation of the Spanish state.

Why has independence become such a big issue now?

The recent upsurge in support for independence has issued in large part from Spain’s deep economic crisis beginning in 2008. Spain was one of Europe’s worst hit economies during the financial crisis, and its unemployment rates are particularly acute. Catalonia has just under 20 per cent unemployment compared with 24 per cent across Spain.

Spain is an economically uneven country, with Catalonia far outperforming southern and more rural regions like Andalucia. Many, particularly on the right of the independence movement in the Democratic Convergence of Catalonia (who contested elections as part of the Together for Yes alliance) now argue that Catalonia pays more than its fair share to the Spanish government and should not be subsidising poorer regions of Spain.

How can Catalonia become independent?

The Spanish state has adopted a very different approach to dealing with the secessionist threat than the UK Government.

The UK Government granted a legal referendum on independence to Scotland because it was confident of a majority of Scots voting to remain within the UK.

Rather, they will hope to use both as leverage to persuade the new Spanish Government, to be elected in a matter of months, to consent to a legal referendum.