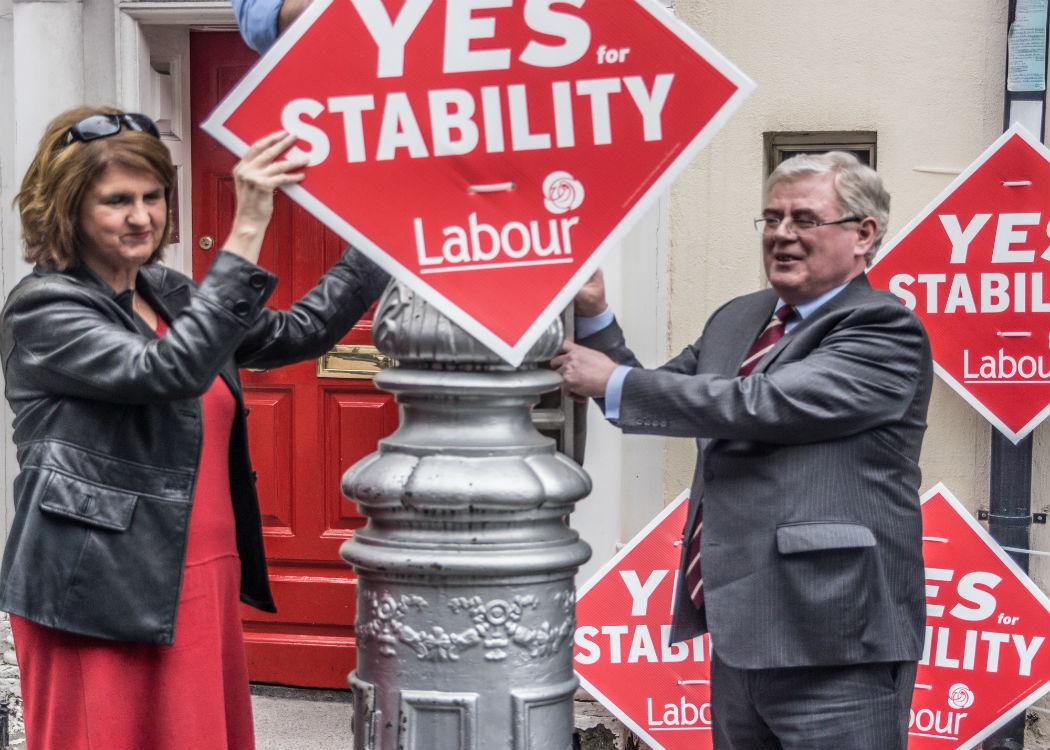 29/02/2016
david
Inconclusive Irish elections see the political centre suffer
IRISH ELECTIONS are puzzling for many, since the party system does not mirror the right and left polarisation common in Western Europe.

The national question in Ireland, which is soon to celebrate the 100th anniversary of the uprising that led to independence, has dominated politics throughout the 20th century. The 2016 elections are being hailed by some as a watershed, with the country’s historical political divisions breaking down.

CommonSpace looks at the Irish party system and how it is changing.

Who is Fine Gael?

Both Ireland’s major political parties emerged from the Irish Civil War which followed the War of Independence. The republican movement split over whether to accept a treaty with Britain at the end of the war of independence in 1921 which, among other things, partitioned the island into two separate countries, north and south.

Founded in 1933, Fine Gael was created by a merger of several right of centre parties, including the pro-treaty government which held office between 1923 and 1932.

It was eclipsed by Fianna Fail throughout most of the 20th century, taking office only fitfully in uneasy coalitions with smaller parties.

It formed a coalition government with the Labour party in 2011, which has imposed harsh austerity measures. The result is that Fine Gail’s number of seats has fallen from 76 to a possible 52. Though it remains the largest party, its coalition is in tatters and its leader, Enda Kenny, faces an unenviable choice between minority rule and creating an unlikely coalition with Fianna Fail.

Who is Fianna Fail?

Fianna Fail is a centrist republican party which has dominated Irish politics for much of the 20th century. Between its first government in 1932 and its catastrophic fall from grace in 2011 in the wake of Ireland’s banking crisis, it governed Ireland for 61 out of 79 years.

Founded in 1926 by Eamon De Valera, the first president of the Irish Republic and the towering figure of Irish politics, the party represented a political project of the anti-treaty republican movement. Through its early governments it worked to transform the Irish Free State of the treaty into the Irish Republic, removing the vestiges of British rule.

Party leader Michael Martin has led a relative recovery for the party from 20 to a likely 43 seats in this election.

Who is Sinn Fein?

Sinn Fein was once the political wing of the officially defunct Provisional IRA.

It has seen its best election ever in the Republic of Ireland, increasing its number of seats from 14 to 23 by campaigning against austerity, corruption and and the political establishment of Fianna Fail and Fine Gael.

Though the party still campaigns to end the partition of Ireland created by the treaty of 1922, it has adopted a pragmatic approach, dealing with issues of immediate concern to the electorate.

Sinn Fein has pledged not to join either of Ireland’s two major parties in a coalition, wanting to present itself as the authentic opposition to the political centre.

What about other parties?

The Labour party has seen it’s hard fought rise to coalition government with 37 seats destroyed. It holds on to a likely seven, punished for propping up the austerity coalition.
The Anti-Austerity Alliance – People Before Profit (AAA-PBP) socialist electoral coalition fell short of the seven seats needed to form a parliamentary group in the Irish parliament, which would have given it access to more speaking time and other benefits. But the six seats it has likely won represents a significant breakthrough for the radical left off the back of a huge movement against water charges in Ireland.

So what does all of this mean?

The two largest parties, Fianna Fail and Fine Gael will now lobby smaller parties and independents to help them reach a majority of 79 in the Irish Parliament.

The Labour party has already thrown its backing behind Enda Kenny to remain Taoiseach, or prime minister – giving him 59 seats. He will attempt to reconstruct his government, probably by making deals with some the 22 independents. He will argue he maintains the right to form a government, with his party holding the largest number of seats.

Fianna Fail will make similar appeals, but from a weaker position. They are little more likely to appeal to more radical parties like Sinn Fein and AAA-PBP than Fine Gael.
If a Fine Gail/Fianna Fail government were to be ultimaetly formed, the result could be the ascendancy of Sinn Fein as the country’s official opposition. But it is perhaps as likely that, unnable to form a stable government, the country will have to return to the polls before the end of 2016.
CommonSpace journalism is completely free from the influence of advertisers and is only possible with your continued support. Please contribute a monthly amount towards our costs. Build the Scotland you want to live in – support our new media.
Picture courtesy of Sinn Fein
Common Space
Archive
Share Article: