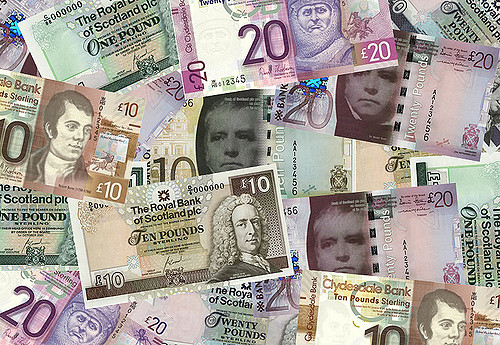 Everything you’ve ever wanted to know about investment banks, but were afraid to ask

ONE OF THE BIGGEST NEW POLICIES announced by in the Scottish programme for government in September was the creation of a Scottish national investment bank (Snib).

The Scottish Government is now seeking views from the Scottish people in a public consultation on how a Snib could help support the Scottish economy – but it’s difficult to form much of an opinion if you don’t really know what it is, or what it does.

As boring as banking might be, this announcement is actually quite a big one, and it’s worth having a look at what it means.

That’s why we’ve put together this handy explainer to explain investment banking as quickly and painlessly as possible. Promise.

What’s the difference between an investment bank and a regular bank?

The general public might only really know a bank as a place that keeps their money relatively secure, and causes the occasional global financial crisis. What most people are familiar with is a ‘retail bank’. This is where the average person will keep their savings, set up overdrafts and so on. Not that we think you’re average, of course, you’re obviously brilliant.

An investment bank, instead of dealing with individual consumers, tends to deal with businesses and other large organisations. They help their clients handle big financial investments, such as buying or selling stocks or bonds. These investments can run into the millions or billions, as their clients often come from the world of high finance and multinational corporations.

What’s the difference between a national investment bank and a private one?

A national investment bank is different from a private one because it is owned by the state and can borrow money in a similar way to the Treasury.

Despite this, when a national investment bank invests money in a project, it’s not the same as regular public spending. When a government decides to, for example, increase funding for the NHS or the military, that increase is reflected in the budget (or possibly your taxes).

By contrast, when a national investment bank borrows money, it typically does not show up in the public borrowing figures (which is attractive for governments that don’t want to look like they’re hiking up debt).

Similarly, investment from such a bank is not the same as regular government spending. Like other such investment banks, when they invest in something, they hope to make money out of it.

What can a national investment bank do that others cannot?

When an individual or a company invests in something, they often expect a very fast turnaround on that investment; they may hope to make a profit in weeks, days or even hours.

A national investment bank, backed up the state, can afford to take a long view, and invest in projects that may take months or years to be completed, or to return on the initial investment.

What does a national investment bank do with its profits?

Investments of this kind can be enormously profitable. Also, unlike a private bank where profits would go towards executive bonuses or corporate holdings, a national investment bank’s profits are returned to the state, and can fund increases in conventional public spending.

Another difference from a private investment bank is the fact that a national investment bank does not focus solely on profit, but on social goals, such as reducing employment or improving infrastructure.

What might a national investment bank do for Scotland?

In October 2016, the think tanks Common Weal and the New Economics Foundation jointly published a policy paper – ‘Blueprint for a Scottish National Investment Bank’ – which estimated that a Snib could directly support the creation of 50,000 jobs “within just a few years of being established”.

Regarding public investment, the report also concluded that, if projects funded by the controversial Private Finance Initiative (PFI) and Non-Profit Dividend (NDP) schemes – remember the PFI-style Scottish schools which had to be closed because of fears they might fall down? – had instead been funded by Snib investment, the Scottish Government could have saved £26bn.

What are people saying about the Snib so far?

Mazzucato said: “I welcome strongly the decision to establish a Scottish national investment bank. It shows that the Scottish Government is looking seriously at ways to increase flows of investment and to direct them to support key public policies like reducing greenhouse gas emissions, increasing productivity and building an inclusive economy.

The Scottish Green Party also advocates the creation of a National Investment Bank, which its manifesto argues should be used “to invest in activities benefiting all of Scotland’s communities while respecting ecological limits”.

However, plans for a Snib have also faced criticism. Scottish Labour economy spokesperson Jackie Baillie highlighted the similarity between the plans of Nicola Sturgeon and Jeremy Corbyn’s proposal for a UK-wide national investment bank, saying: “While imitation is the sincerest form of flattery, the SNP appear to have only sketched this out on the back of a fag packet.”

Meanwhile, the Scottish Conservatives economy spokesperson, Dean Lockhart, claimed that the announcement of an Snib was “a re-hash of a policy first announced several years ago, and then repeated again when they launched the Scottish Growth Scheme last year.”

George Kerevan, the journalist, economist and former SNP MP, meanwhile questioned the suitability of Tesco Bank boss Benny Higgins, who has been charged by the Scottish Government with establishing the Snib’s remit.

“My concern is that Benny Higgins will propose a model of an investment bank that is too risk-averse. I’m also worried it will be run by traditional commercial hands who are afraid to lean against market trends.”

OK, so what does all this actually mean? How will it impact my life?

Well, at this stage, there are very few certainties. The Snib is an idea with enormous potential, but it will depend on how the Scottish Government decides to implement it.

However, should a national investment bank deliver the kind of economic benefits the SNP hopes it will, it could result in increased spending on public services like education and the NHS, or potentially it could fund massive new infrastructure projects, which could boost employment on a national scale and improve the fabric of the country.

So, as you can see, a Scottish national investment bank is quite a big deal. Supporters believe it could be transformational for Scotland, and that it’s just a better way to do things.

Well done for making it to the end. We told you it wouldn’t be too painful.