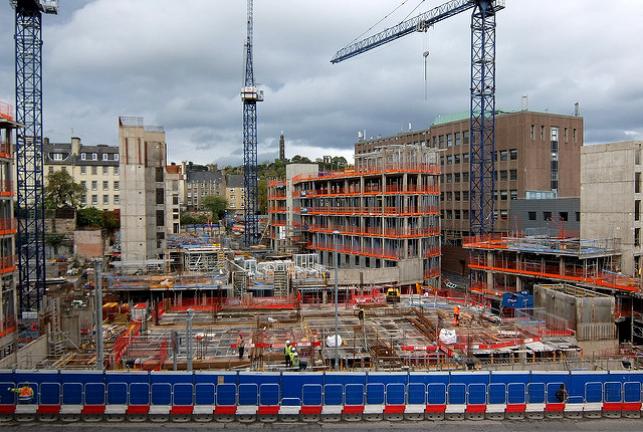 Dominating the headlines, industry giant Carillion has announced it will be going into liquidation

CUTTING THROUGH THE CORPORATE JARGON of a confusing company, Commonspace has found out what you need to know and why it is so important.

What is Carillion, and what does it do?

Branding itself as the “leading integrated support services business”, Carillion is a contractor which manages large-scale projects, such as building hospitals, on behalf of the public and private sector.

Carillion also manages services, and held contracts to deliver public services such as school meals on behalf of local authorities.

Does Carillion really own the UK, and why haven’t I heard of them?

It’s not quite true that they own the UK. Carillion is one of the biggest contractors in the UK, and it does deliver many infrastructure projects and manage many public services. Critics have said that Carillion should never have been awarded enough contracts to dominate the industry like it does, especially after the first signs of trouble were spotted by business watchers.

Parallels have already been drawn with the banking collapse and the false belief that some banks, or companies, are “too big to fail.”

You haven’t heard of them because they are mostly a middleman.

Although they are central to many key projects and services, like building new schools, they often don’t associate themselves with the work because they subcontract to construction or managed services firms.

How many people are affected?

This is where things get interesting. Carillion and its subsidiaries employ around 20,000 people directly in the UK, but it also subcontracts to many small and medium scale businesses.

Some small businesses have said that if Carillion does not pay its debts to them, they may be forced to close down, meaning many thousands more people could be affected.

What will happen to those made redundant and other companies who are affected?

Those made redundant will be supported by government agencies like the Department for Work and Pensions and the Scottish Government’s PACE strategy, set up to coordinate the response to redundancies.

Creditors and suppliers who Carillion may owe money to will have to sign up with the appointed administrators who will manage the dissolution of the company. The administrators will try to sell Carillion’s assets, including outstanding contracts, in order to meet its credit liabilities.

Why does it matter?

Apart from the job losses and the potential impact of everyday public services, Carillion’s demise has led to many questions about how public services and infrastructure projects should be delivered and these questions will likely dominate the headlines for some time.