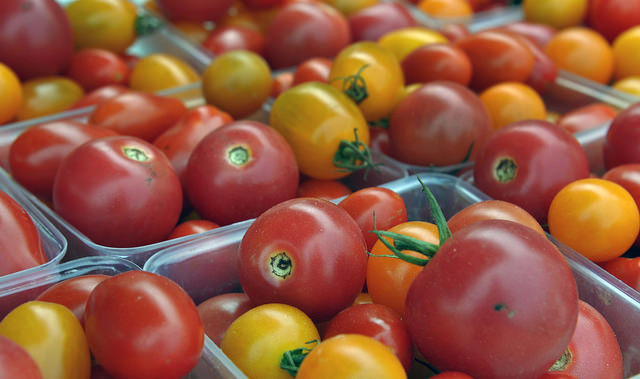 LAST WEEK, academics from the University of Sussex released a report into UK food security post-Brexit, which cited over a dozen issues and raised concerns that the UK could “sleep-walk into a food crisis”.

This could have a uniquely damaging effect in Scotland, which has been enjoying a record-breaking period in exports for food and drink.

As Brexit negotiations take place over the next 18 months, the authors of the report are concerned that “food barely featured in the pre-referendum debate” and that to ignore the implications of Brexit for food security would be “bizarre and irresponsible”.

Here are some of the facts from the report, and what they mean for Scotland post-Brexit.

What exactly is food security?

Food security refers to the physical and economic availability of safe, nutritious food.

In Scotland, this relies on several arrangements with the EU, such as: access to the single market, free movement of workers and subsidies from the Common Agricultural Policy.

According to the most recent figures from HMRC, we import more animals and food than we produce, and these figures continue to rise.

Europe is Scotland’s biggest market outside the UK, providing around 55 per cent of our food imports.

A Scottish Government spokesperson said: “Brexit is by far the biggest threat to Scotland’s food and drink sector […] the UK Government’s plans for a hard Brexit are already putting jobs and investment at risk.”

For food security, the goal for a Brexit deal is to keep tariffs on imports as low as possible. Leaving the EU with no deal would mean Scotland trades under World Trade Organisation rules.

The average tariff on imports into the EU under these rules is 5.2 per cent, so failure to agree a post-Brexit trade deal would increase food prices in Scotland and hinder exports.

The Scottish National Farmers’ Union (SNFU) has voiced concern over how “little detail has emerged” so far around post-Brexit arrangements.

Their recent discussion paper on Brexit emphasised the need for a “future agricultural policy focused around financial stability payments”.

The Scottish National Farmers’ Union (SNFU) has voiced concern over how “little detail has emerged” so far around post-Brexit arrangements.

From 2014, Scotland has received around £500m each year in funds for its agricultural sector, with 85 per cent of Scottish farm land qualifying for European money. The UK Government has promised to maintain this until 2020, but it is not clear if it will continue after that.

Martin Kennedy, vice-president of the SNFU, wrote that unless farmers are “supported to at least the current level, then the whole of the UK will become reliant on imported food”.

As an industry, Scotland’s agricultural sector “relies heavily on seasonal non-UK workers, particularly from central and eastern Europe”, according to Scotland’s Rural College.

Ending free movement without making provision for these labour demands could have disastrous consequences for Scotland’s domestic production. Agricultural consultants Andersons have predicted price increases of between 35-50 per cent for certain products should the flow of European migrant labour stop.

According to some, Brexit presents opportunities for our domestic food production.

Westminster could help Scottish agriculture prioritise “the countries which are going to be the most benefit […] to Scotland as exporters”, and this could replace trade that is lost from Europe, according to Andrew McCornick, president of the SNFU.

He has also said that the restriction of labour movement can be “easily sorted”, pointing out that seasonal agricultural worker schemes have been in place before and can plug gaps in the labour market.

Leaving the EU would also free the UK Government to reform and invest in its food and drink industry.

EU competition law restricts inward investment, and the university report shows that government policy over the UK food system has been “frozen for at least seven years”.

EU competition law restricts inward investment, and the university report shows that government policy over the UK food system has been “frozen for at least seven years”.

Speaking to CommonSpace, Conservative spokesperson for rural economy Peter Chapman MSP explained that Brexit could be an opportunity for reform of the domestic market.

“The biggest problem about our food system is the unfair share of the consumer expenditure on food that comes back to the farmer. If we could get a fairer share and get more from the market there would be less need for subsidies to farmers.

“A degree of intervention is therefore required in the form of a much more powerful ombudsman with an ability to intervene right across the food chain all the way down to the  primary producer.

“Brexit may provide the catalyst for this to happen.”

What will happen next?

Food security is important, and food and drink exports are a big part of the Scottish economy. They rely on a unified policy across industries and regions.

The SNFU has begun consultations on the future of the agricultural sector post-Brexit, and there are calls for other public interest groups to “monitor the processes within […] Brexit”.

Their aim is for policy makers to “listen to the people who understand what happens on the ground, as these decisions will ultimately shape the future of agriculture and the rural economy post-Brexit”.

As Brexit talks continue, the pressure will increase on negotiators to consider the agricultural industry, and ensure that food security is not endangered.