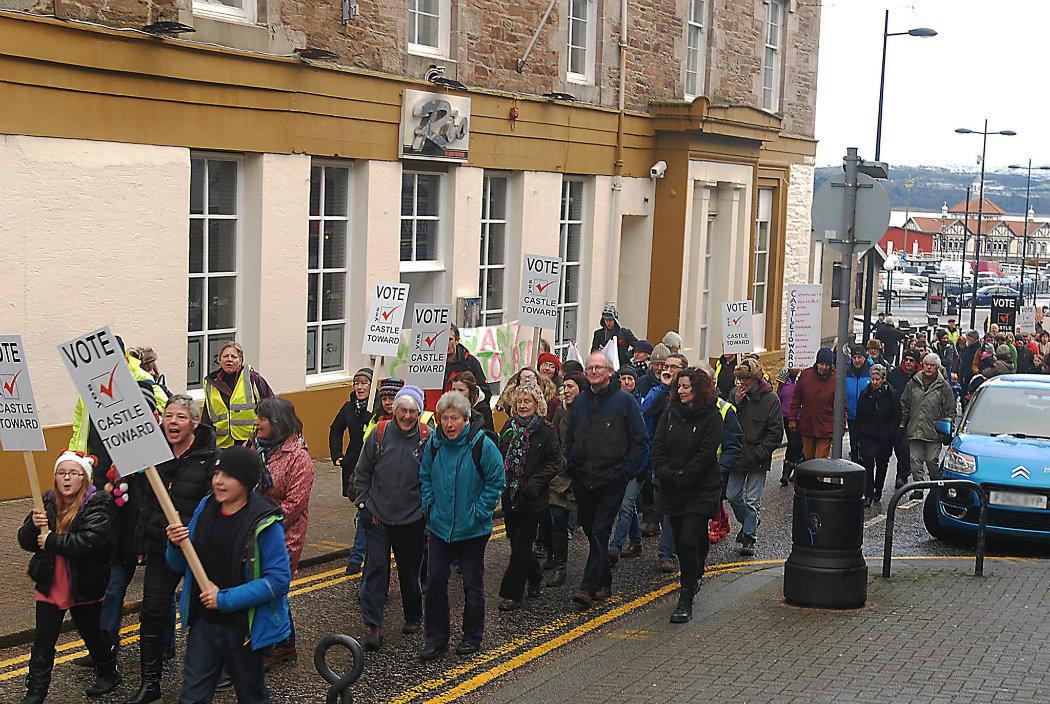 What on earth is going on in Argyll and Bute?

DURING a year and a half of preparing a full proof business plan the council has havered, obfuscated and eventually opposed a plan to develop a derelict estate into a thriving community owned centre.

Residents of Dunoon have been left stunned and outraged.

What created the problem?

Argyll and Bute council has staggered from crisis to crisis. It’s therefore no surprise that its handling of the Castle Toward bid is characterised by confusion and incompetence.

After months of delay, council leaders refused to support the business plan. The council were gifted Castle Toward for PS1 and with no other bidder for the site residents are flummoxed as to why the council would block the move.

It was revealed after a freedom of information request that security and upkeep for the disused site cost over PS345,000 over a year – so the council is squandering local resources.

The councillors responsible have been criticised for ignoring the locals, and lost a motion of confidence at South Cowal’s community council.

The community buyout process to buy Castle Toward estate is covered by the Land Reform Act. This gives communities the opportunity to bid for local land and assets.

However, while the law gives preference to community groups, council authorities don’t have to support their bid.

There is no automatic ‘right to buy’. If intransigent councils don’t want to sell an asset, they can simply wait until the time limit ends and then the community can be outbid.

Even though the Castle Toward campaign has over 10,000 supporters and received a 95 per cent Yes vote in its official community vote.

There are plans to improve the law through the Community Empowerment Bill and a new Land Reform Bill – but both those changes may come too late for the Castle Toward campaign.

3) The council valuation and the loan

During months of protracted negotiations – exhausting claims and counter claims – the valuation of Castle Toward and a ‘loan’ offer have proved most controversial.

The council’s valuation was open for challenge, but campaigners dropped an appeal due to dodgy claims from council officials.

After much of a palava, the council offered the community group a PS1m pound loan deal to buy the estate.

The community already had PS750,000 available, so this would meet the asking price.

But a PS1m loan was a disastrous offer. It would plunge the community business into debt and would lead to bankruptcy on the basis of its current business plan.
To those involved it appeared like the council was doing all it could to undermine the proposals that already had the support of Highlands and Islands Enterprise and the Scottish Government.

The council also suggested that if the business defaulted on the loan, the council could reclaim property to the value of missed payments after three years. Proposing loans to bankrupt a client in an attempt to reclaim their assets is an illegal practice.

The anger at the Castle Toward scandal is a pretext for a wider displeasure towards the council in Argyll and Bute. Distant administration, depopulation, falling school standards, and opposition to community initiatives have all led to residents losing faith in the competency of the administration.

The council’s financial arrangements were condemned by Audit Scotland, it faced a public outcry over its media handling of a schoolgirl’s blog (click here to read more), and has blocked a number of community proposals.

CommonSpace has heard repeated criticisms of centralised and unaccountable management from council leaders.

For many people outside Argyll and Bute, this is a sign that Scotland’s bloated and undemocratic council structure needs to change. Proposals from Cosla and the Strengthening Local Democracy report suggest more local control and reform of council structures.

In 2017, Scotland will also have the opportunity to revitalise participation in councils through the local elections.

But calls for national change at some point in the future are of little comfort to the people of Dunoon, who have had barrier after barrier placed in their way.

What people say about Castle Toward

Alan Stewart, chair of the company bid: “We had one of the best turnouts ever in a community right to buy. We had 50 per cent of the population turn out, and of that 95 per cent were in favour of this whole project. That’s just about unbeatable.”

Community campaigner Lorna Ahlquist: “The Cowal community is asking for no favours, it wants to put PS750,000 into Council coffers, save the expenditure on upkeep that is draining money from the whole of Argyll and Bute, and create jobs, inward investment and put PS1m into the economy.”

Local MSP Mike Russell on Argyll and Bute Council: “I think the mafia lends people money on the understanding that they’ll get the assets back after a couple of years, but I don’t think anybody else lends money on those terms.”

Lesley Riddoch, broadcaster and campaigner: “It would be funny if it wasn’t so tragic… Councils are wrong-sized, power is held at the wrong level, participation in the democratic process is low and community buyouts only allow the most organised to rescue their patch from remote controlled stagnation.”

Picture courtesy of Save Castle Toward campaign