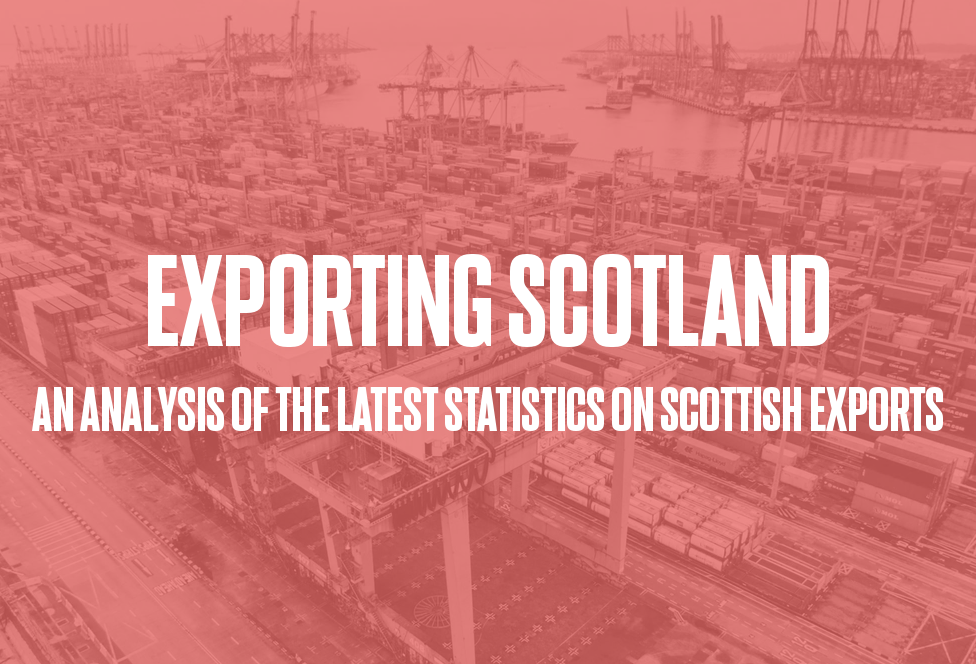 Common Weal’s Head of Policy and Research Dr Craig Dalzell comments on today’s publication of Exporting Statistics Scotland – the annual measure of the size, shape and destination of Scotland’s exports.

The long running constitutional fight in Scotland has had strange effects on the manner in which we consume statistics in Scotland. Once fairly routine annual publications have experienced an apotheosis of sorts and are now the subject of intense arguments. Arguments which rarely self-check themselves against what was said last year when the arguments were largely the same.

Everyone in the independence campaign – on both sides of it – is aware about the fight over GERS (which may be about to have some new life breathed into it with Derek Mackay’s announcement that he’ll be producing a notional post-independence version of GERS alongside the official publication – something that I and Common Weal pioneered back in 2016).

Another set of statistics placed into the pantheon of arguments is Export Statistics Scotland – the annual publication of what goods and services Scotland is exporting and what percentage of them are going to destinations in non-EU countries, EU countries and to destinations in the rest of the UK.
As ever, and as I pointed out in my article last year on this topic, these arguments rarely reach below the headline figures and even more rarely examine what the changes in the figures may imply.

First, however, to scotch some long-standing myths about statistics like ESS.

The first is the “English Ports” problem. There is a narrative which runs that Scotland’s exports to international destinations are underestimated because a certain volume of exports are transported to a port in England before leaving the UK and that as they left via England, they are counted as an English export. This would show in statistics like ESS as an inflation of exports to rUK and a deflation of exports to EU and non-EU destinations.

But ESS does not work like this. ESS statistics are gathered not by counting goods leaving the ports but by surveying exporters directly. These exporters are asked what they export, how much it is worth and where it is being exported to. The transport route is not tracked by the report and is thus irrelevant.

Unfortunately, this method has substantial downsides. As it is based on surveys and as those surveys are voluntary, the response rate is rather poor with an average of around 25% of companies returning their responses. This year, the response rate was even lower at just 17%. Only 9.3% of transport manufacturing companies and 9.3% of Financial services and insurance companies returned a response to the survey. This low return rate will make it much harder to properly form policy based on this data.
It is worth noting that the equivalent exports report produced by the Northern Irish government is legally required to be filled in and returned and so the data there is much more robust.

As outlined in our recently policy paper Scotland’s Trade, it is not entirely clear if the Scottish Government has the power to place the returning of ESS surveys on a statutory footing but this should be immediately investigated and, if it is possible, should be implemented as soon as possible.
Alternatively, other methods of gathering the data – such as by taking advantage of “adminstrative data” that is already being collected as part of, say, VAT returns and suchlike – the data could be made much more robust. Scotland’s Data Desert continues to grow and while the SNP have accepted the need for a Scottish Statistics Agency to help with this, we have yet to see much in the way of progress towards creating one.

Another myth surrounding ESS is that it provides a comprehensive picture of Scotland’s trade. In fact, and as the name suggests, it only covers Scotland’s exports and does not cover imports.

Thus, while it is perhaps politically interesting to talk about the relative size of Scotland’s export customers it is not possible to talk about whether Scotland has an overall trade surplus or trade deficit with them. Trade policy with rUK or with the EU may be very different if one has a large trade surplus and the other a trade deficit, regardless of the overall size of those markets.

The final myth is that this the debate around trade between Scotland and rUK when Scotland is part of the Union is event remotely comparable to a hypothetical case of an independent Scotland. UK trade policy will not be hugely influenced by trade flows between Scotland and rUK and it is only by dint of the current constitutional debate that the export of goods and services from Scotland to rUK is given more political prominence than the export of goods from, say, Yorkshire to, say, Cornwall.

We are no longer debating Scottish independence in terms of “the unknown of independence vs the certainty of the status quo” as the UK itself is, this week, about to embark on its own journey into the unknown as it leaves the EU. This will have profound impacts on trade and trade policy and it is vital that we start using publications like ESS to inform that debate (though it should be noted that ESS publishes two years behind so we won’t see the impact of Brexit on Scotland’s exports in this report until 2022).

The debate is no longer going to be “trade barriers” vs “no trade barriers” but with whom we want to have trade barriers with. This dataset inevitably sparks a fight over who Scotland’s “best” customer is and therefore which bloc – chiefly the rUK or the EU – Scotland should remain politically close to. While the UK is the largest single destination for Scottish goods, the trade winds are shifting. Scotland exports 3.17 times as many goods and services to the rest of the UK than it does to the EU but this is the lowest ratio since 2003 and represents the fifth consecutive year of decline. 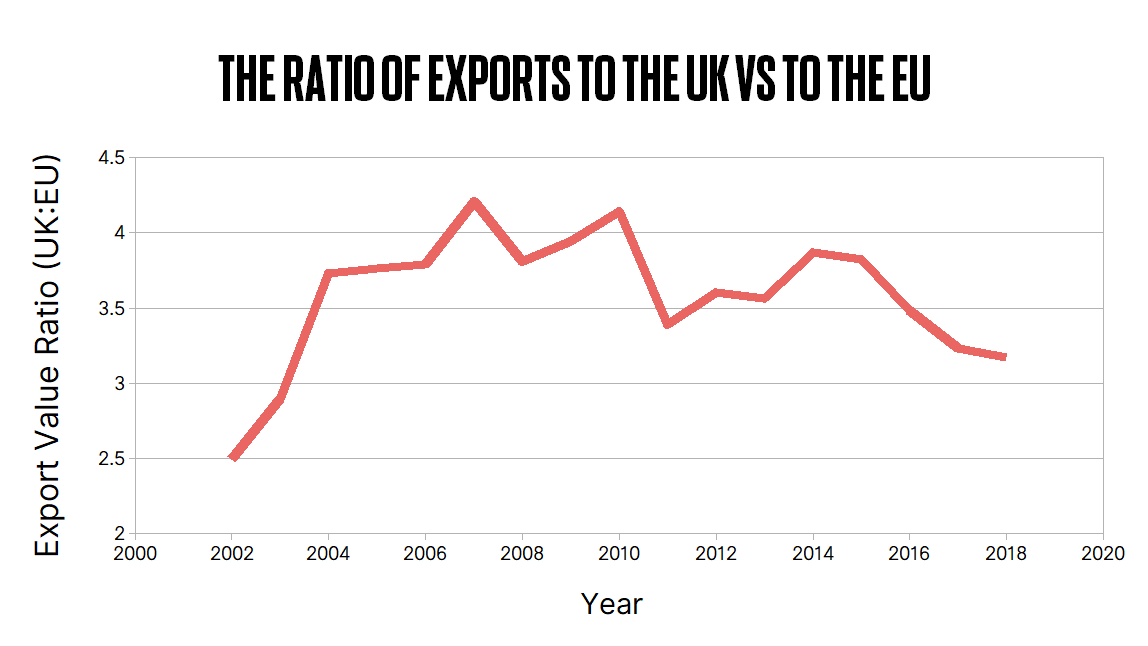 Take the next paragraph with a pinch of salt because, as stated, we don’t have trade balance data, only exports, but if an independent Scotland wants to align its trade towards financial services with the rest of the UK then perhaps it would be best to stay in the Union or, at least, follow a Growth Commission style “soft independence” that keeps Scotland closely aligned to UK financial regulations. If, however, we want to build an investment-led goods-exports economy, start investing in a Green New Deal or if we just want to stay closely aligned to the EU then independence and membership of the EU and/or EEA may be more favourable.

But we won’t get to that kind of nuanced debate if all we stick to is “X exports more to Y than Z”. If we want to seriously discuss Scotland’s trade policies – both the opportunities and the risks under various constitutional scenarios – then we must make sure that the data actually answers the questions that we want to ask and that the questions we want to ask are actually the ones that will forward the debate.

The staff behind ESS do the absolute best they can with what they have and we’re certainly moving in the right direction in a lot of respects but we’re doing everyone a disservice until we can correct the limitations of the report and expand it into a comprehensive strategic trade analysis that can properly inform the debates that we want to have in Scotland. Once we’ve done that, we can start working out how we get it.