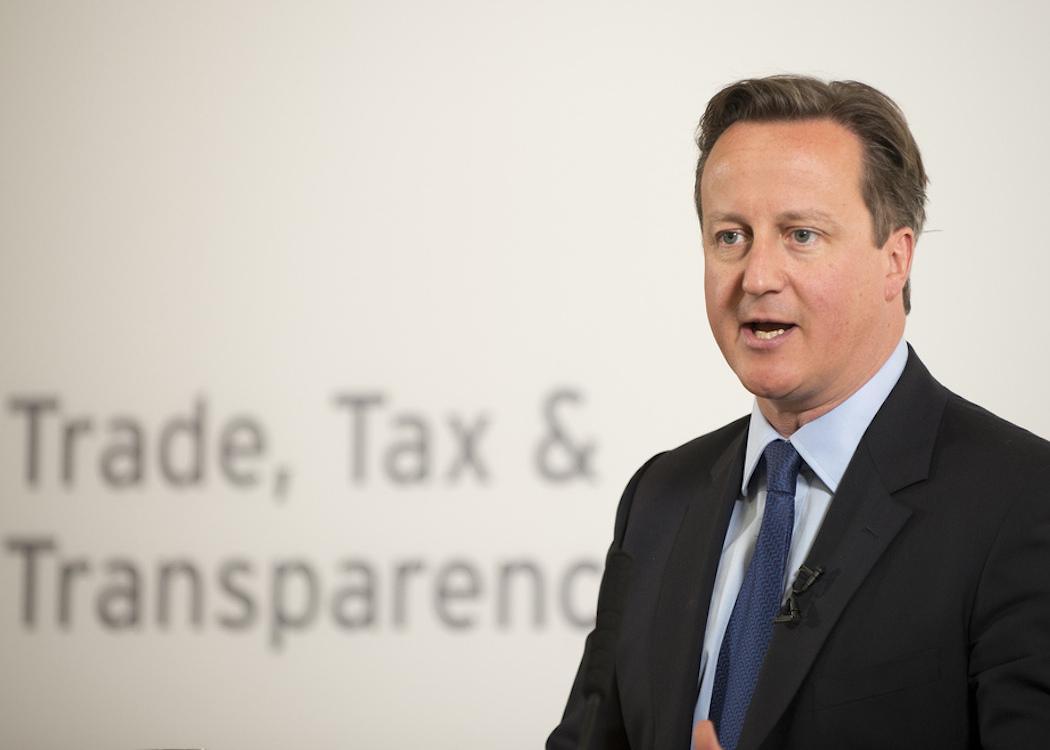 THE PRIME MINISTER must close down the UK tax haven system he benefited from or resign, according to outraged protesters targeting David Cameron’s job.

Six days after the Panama Papers scandal broke and following four evasive statements, Cameron has now admitted that be benefited from tens of thousands of pounds in profits from an offshore tax haven fund in Panama set-up by his late father.

Protests have been called outside Downing Street for Saturday 9 April at midday calling for Cameron to reform the UK’s global tax haven system or resign from office .

Cameron bought PS12,497 in the tax avoiding firm Blairmore Holdings in 1997, before selling the shares for PS31,500 in January 2010 before he was elected prime minister. The shares increased in value by 152 per cent while held in the Panama tax haven, where British investors stash their money to avoid paying UK tax. The shares were never declared by Cameron.

John Mann MP, a Labour member of the Treasury Select Committee, was scathing in his review of Cameron’s actions.

“Cameron issue is simple. He covered up and misled. How he got his shares is irrelevant. He has no choice but to resign,” Mann tweeted.

In Iceland the prime minister was forced to resign for failing to disclose his tax haven shares before ascending to office.

The protest coalition targeting Cameron are motivated to focus criticism on the wider tax haven and avoidance system, as well as the impact of tax avoiding on public services.

Event organisers said: “Does the prime minister think we’re stupid? He preaches about ‘tough decisions’ whilst cutting funding for disability benefits, social care and other essential services. Now we find out he personally intervened to protect offshore trusts from an EU crackdown intended to tackle money laundering.

“Spending cuts are a choice not a necessity. If the government bothered to make rich people pay tax we could afford to look after everyone. The Panama Papers show that David Cameron has been taking the general public for fools. We need to tell him that we’re not going to put up with it any more.”

The Panama Papers scandal, the largest data leak in the history of world journalism, exposed the rich and powerful to be complicit in the vast tax haven scheme to evade transparency and domestic taxation.

British overseas territories and crown dependencies are at the heart of the tax haven system of money laundering, crime and tax evasion.

HSBC and Coutts and Co . bank are also implicated in the leak as firm that worked in the tax haven.

The Financial Services Authority has given the UK banking sector a week to review their links to the tax haven scandal before any future investigations.

However, public and media pressure is now focused on Cameron – with protestors saying they will gather at Downing Street until he resigns.

SNP Economy spokesperson Stewart Hosie MP added: “This is an astounding revelation by a Prime Minister who has questioned the morality of using such tax-avoiding schemes.

“David Cameron has played the public – leading people to believe he was opposed to off-shore tax havens, when just a few years ago he personally benefitted to the tune of PS30,000.

“David Cameron says he doesn’t have anything to hide, yet had it not been for the Panama Papers leak we would have been none the wiser – and even then it has taken him several days to clarify he benefited from his father’s off – shore trust.

“We also don’t know if David Cameron has benefitted from his Father in Law’s trust. It has been reported that the Cameron family also use the British Virgin Islands tax haven to register the 19,000-acre Scottish Jura estate of Lord Astor, Cameron’s father in law. David Cameron must come clean.

“The public will understandably now find it hard to trust the prime minister.”

The UK Government has block EU attempt to tackle tax avoidance and regulate the financial services industry. The UK’s overseas territories are part of a system hiding at least PS13 trillion of wealth offshore.

Green MP Caroline Lucas added: “It’s now time for the network of destructive tax havens – many of which are closely linked to Britain – to be shut down. The government must immediately force full transparency – insisting that every British territory demand the identification and publication of the beneficial ownership of all companies on their registers.

“There is simply no excuse for a continued halfhearted approach to tax avoidance. It sucks resources from our economy – and further entrenches the divide between the haves and the have-nots. David Cameron must now come to parliament on Monday and be entirely honest with the British public – any further evasion of the truth over this issue will only add to a growing sense that this government simply can’t be trusted to take tax avoidance seriously.”