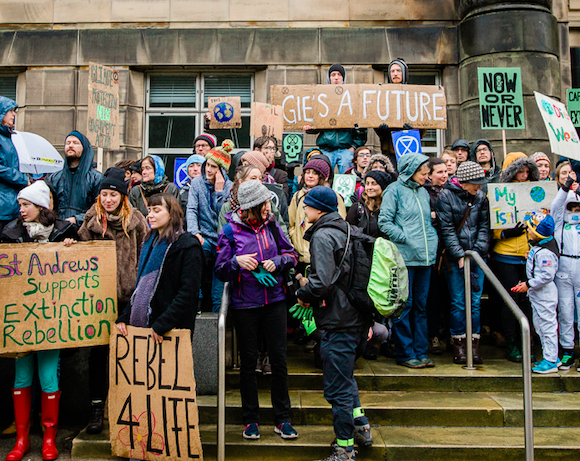 CLIMATE activists are staging a Citizens Assembly in the Scottish Parliament to mark Burns Day [25 January] and draw attention to the need for an urgent political response to the climate emergency.

An IPCC report in November found that the world had to cut emissions by 45 per cent in the next 11 years to have any chance of halting the rise in global temperatures at 1.5C. Climate scientists expect that anything above that is expected to lead to disastrous consequences for the ecology humans rely on worldwide for sustaining ourselves.

The symbolic Citizens Assembly is meeting in the Debating Chamber of the Scottish Parliament and “will deliberate on the climate crisis and how to address it,” a statement from the group said.

It added: “By this means, we hope to spark a national conversation about the ecological crisis and climate breakdown, and enable the drastic action required to address it, including the implementation of a Citizens Assembly.”

Robert Alcock of Extinction Rebellion commented on the Citizens Assembly: “We are not breaking the law. We are lawfully gathered in our Parliament, to draw attention to the climate emergency and to call for a Citizens’ Assembly in the name of the land and people of Scotland.

“Direct action does not have to be illegal. Direct action means empowering yourself. It means acting according to your own conscience, no matter what the law and society may say, without asking permission from anyone.”

The Scottish Government’s draft Climate Bill, published last year, aims for a 90 per cent reduction in carbon emissions by 2050, an aim which environmental groups have said lacks in ambition.

Extinction Rebellion Scotland described the draft Climate Bill as coming “nowhere close to fulfilling Scotland’s fair share of reducing emissions”, citing research by climate scientists at the Tyndall Centre for Climate Change Research, which found that in order to meet its commitments under the Paris Agreement, the Scottish Government needed to reduce emissions by a minimum of 10 per cent per year, and needs an “urgent and phased closure” of the Scottish oil & gas sector.

A new report commissioned by WWF Scotland has found that Scotland has the technical capability to have net zero emissions by 2045, with “multiple options” available for getting there.

Extinction Rebellion Scotland issued a Declaration of Rebellion to the Scottish Parliament and Scottish Government on 8 December 2018, stating:

– ‘That the Scottish Government tell the truth about the climate and wider ecological emergency, acknowledge and reverse any policies that help drive the climate crisis, and commit to enabling a rapid and just transition to a sustainable and fair society.’

– ‘That the Scottish Government enact legally binding policy measures to reduce carbon emissions to net zero by 2025, including by replacing a system based on accelerating consumption with one based on ensuring the wellbeing of all.’

– ‘The creation of a Scottish Citizens’ Assembly to oversee the changes, as part of creating a democracy fit for purpose and a society that cares for all.’

On the Burns theme, the Extinction Rebellion statement described the legendary 18th century figure as a “radical eco-poet”.

“On Burns Night, Scots around the globe celebrate Scotland’s national bard, reciting famous verses like “Address to a Haggis” and “Auld Lang Syne”. But amidst the haggis and whiskey, we are liable to forget that Robert Burns was not only a poet, lover, and patriot, but also a naturalist, farmer, and radical environmentalist.

“His poetry is infused with the spirit of wild nature. Many of his verses are addressed to rivers, mountains, plants, and animals; he penned poems of rage against deforestation (“On the Destruction of Drumlanrig Woods”) and sport hunting (“The Wounded Hare”), pleas for the ethical treatment of animals (“The Death and Dying Words of Poor Mailie”) and for tree planting (“The Humble Petition of Bruar Water”). In one of the best-loved poems, To a Mouse (On Turning up in Her Nest with the Plough, November, 1785), Burns wrote: “I’m truly sorry Man’s dominion / has broken Nature’s social union…”

“In holding a symbolic Citizens’ Assembly on Robert Burns’ 260th birthday (25th January 2019), we invoke the spirit of Scotland’s radical eco-poet. We will inaugurate the Assembly by reading one of Burns’ poems. If Burns were alive today, we feel strongly that he would support the goals of Extinction Rebellion Scotland.”

The opening statement of the Citizens Assembly reads:

“We are here today at the Scottish Parliament

gathered in a Citizens’ Assembly

to draw attention to the breakdown of our climate

and the ecological emergency.

“We call on the Scottish Government

to tell the truth about the climate emergency;

to enact policies for Scotland

and to empower a Scottish Citizens’ Assembly

to oversee the process.

“The Scottish Parliament derives its power from the Crown,

symbolised by the Mace.

“Our Citizens’ Assembly, on the other hand,

from the land and people of Scotland,

symbolised by a bundle of ash keys—

the seeds of the ash tree—

the keys to power.

“After the Assembly closes,

we will take these seeds and plant them

in all corners of Scotland,

to the land and people.

“In convening this symbolic Citizens’ Assembly

we invoke the spirit of Robert Burns,

“Let us speak from the heart

and work to heal the wounds

of mankind and nature.

“In the name of the land and people of Scotland.” 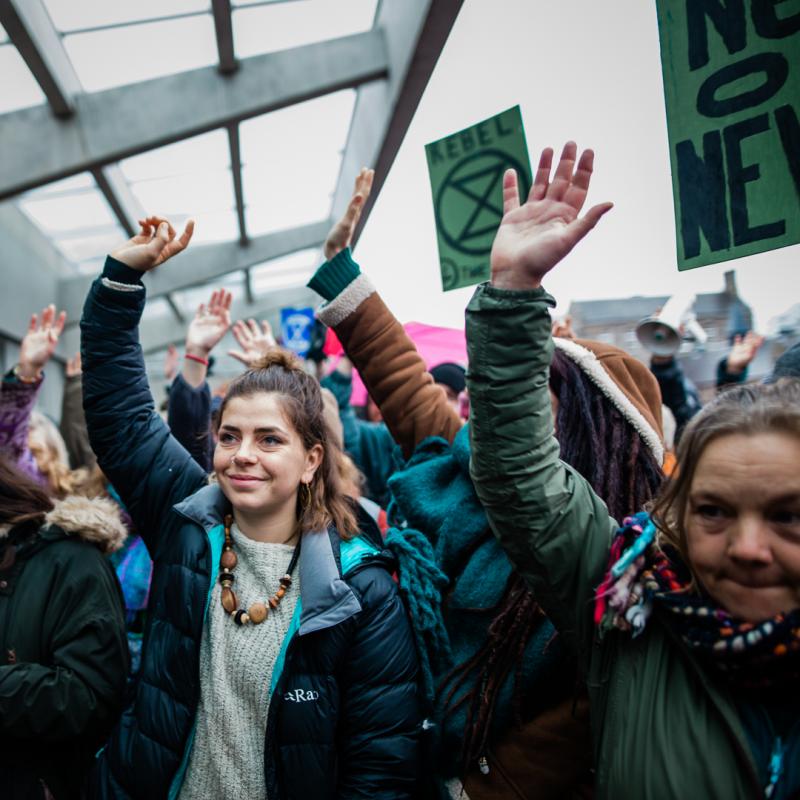 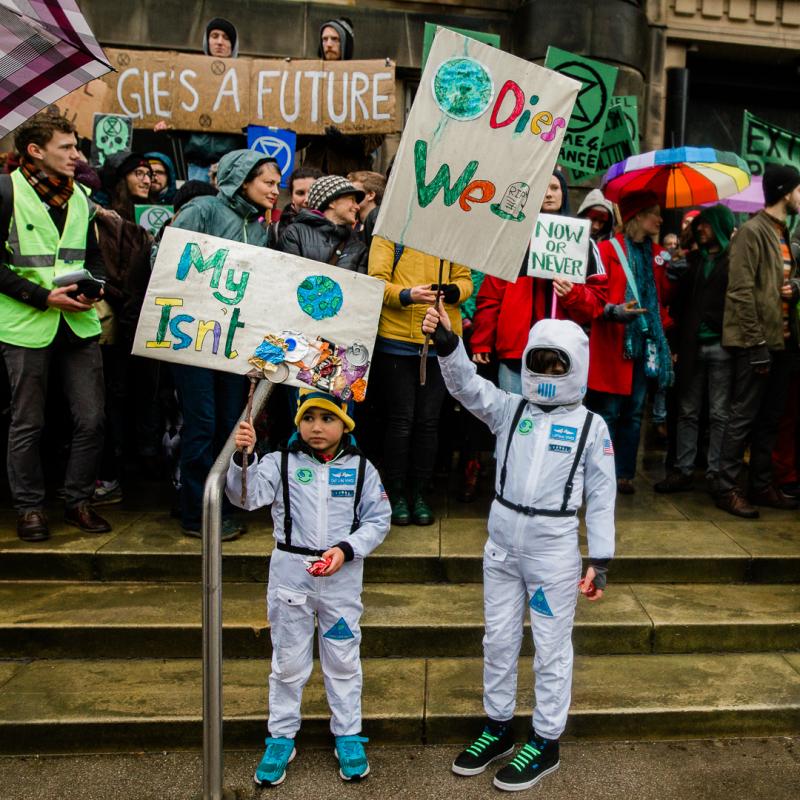 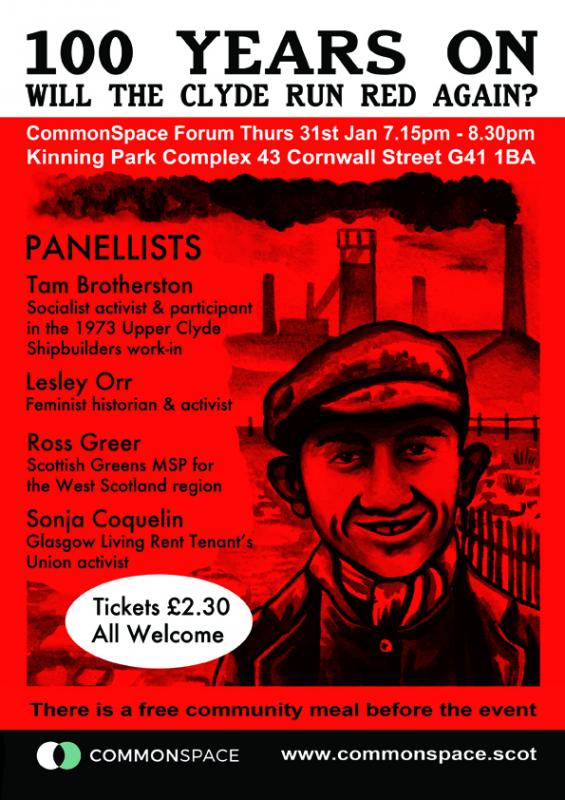