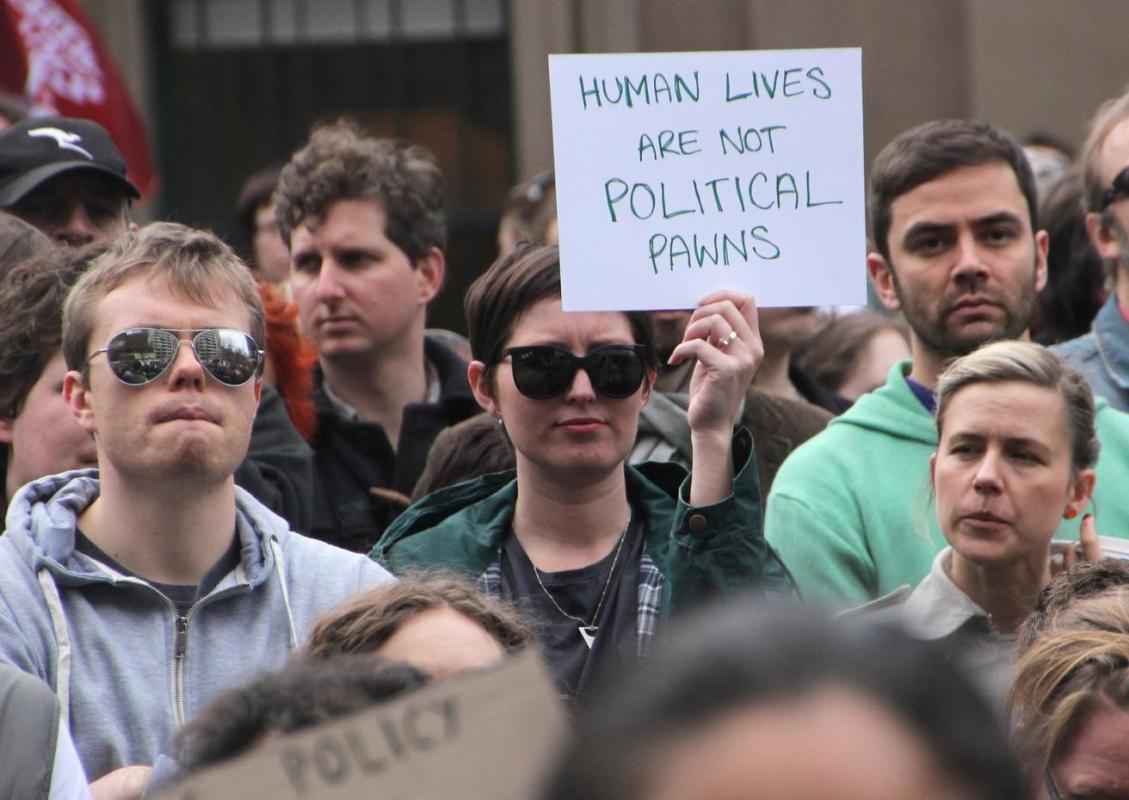 THE Conservative Government will announce new laws encouraging landlords to evict failed asylum applicants without court orders as part of a wider crack down on immigration in the midst of the Calais refugee crisis.

Once the new laws have been enforced, landlords who fail to check the immigration status of their tenants could face a five-year imprisonment as part of the new Immigration Bill. This legislative change has been brought about as part of a wider effort to restrict failed asylum applicants of basic welfare.

Under the projected scheme, the Home Office would inform landlords in England when an asylum application has failed, notifying them that the tenant no longer has the right to rent the home. As part of the changes in legislation, landlords will have to issue a “right to rent” check prior to agreeing on a lease, to test the tenant’s immigration status.

Immigration Minister James Brokenshire was quoted in the Express , stating that the proposed scheme would: “Send out a very clear message to those who seek to exploit the system that Britain is not a soft touch on asylum.”

The proposed changes have however been met with heavy criticism. David Cameron was accused of deliberately dehumanising refugees in Calais after describing them as a “swarm”. He announced plans to erect fences and introduce sniffer dogs.

The United Nations High Commissioner for Refugees (UNHCR) has criticised the Conservative’s Immigration Bill over concerns that it will instigate a climate of racial profiling and that will prove counterproductive to integration and social cohesion in the long-term. The UN Refugee Agency issued further concerns over the capability of landlords to comprehend the documentation carried by asylum seekers, which can often be highly complex.

In a briefing note to MPs, the UNHCR stated: “The provisions of the Bill appear likely to result in asylum-seekers, refugees and beneficiaries of subsidiary protection being stigmatised in the public mind and in their being denied access to housing or bank accounts.”

In response to the proposed changes to immigration legislation, the SNP’s spokesperson on Immigration, Asylum and Border Control, Stuart McDonald MP, stated: “The comments from the immigration minister are deeply worrying. It is little more than political opportunism taking advantage of the situation in Calais – with potentially horrendous consequences for the most vulnerable families with children.

“This comes just days after the Court of Appeal found the UK government’s asylum process to be unlawful. The courts have repeatedly found that it is structurally unfair towards people who are seeking protection in the UK.

“The situation at Calais is clearly challenging but this is absolutely not any form of solution for the UK Government to leave families with children destitute – many of whom fear there is real risk of serious harm or persecution if they return to their countries of origin.”