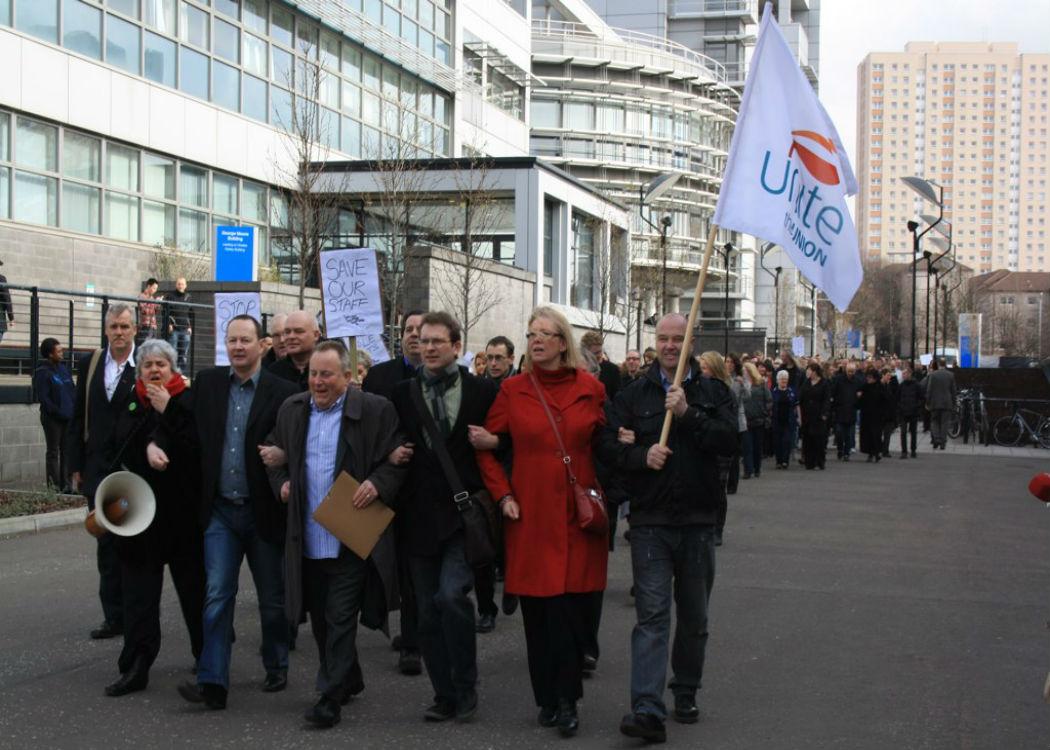 TRADE UNIONISTS have spoken out after it emerged that Glasgow Caledonian University’s (GCU) Manhattan campus still has no degree students two years after its launch, saying it raises “questions of governance” in the Scottish higher education sector.

The university is still awaiting a licence from the New York State education department to be allowed to teach and award degrees in the city.

The New York campus, which followed the development a London campus, was originally opposed by Glasgow campus trade unionists as an expensive ‘vanity project’. Its costs so far have amounted to PS5.6m.

Dr Nick McKerrell, the convener of GCU’s combined union committee told CommonSpace: “The trade unions at GCU were unconvinced by the case for a New York campus when presented with the plans by university management.

“At a time of wage restraint of all workers in HE and general austerity this seemed an extravagance with high risk. Millions have been spent but the plans are two years behind schedule.

“Unfortunately the University Court agreed to go ahead with the plans. Indeed members of court have flown to Manhattan to see the campus. The unions think this raises broader questions of governance within Scottish HE,” he added.

The GCU New York campus was visited by First Minister Nicola Sturgeon in June 2015, when she praised the university’s leadership for the venture.

The New York campus has so far only conducted short courses to cater for local businesses, with the money raised still only a fraction of the initial multi-million investment.

The news comes before a Scottish Parliament debate over the Scottish Government’s Higher Education Governance Bill . The Bill seeks to reform the way universities are governed and has the backing of trade unions.