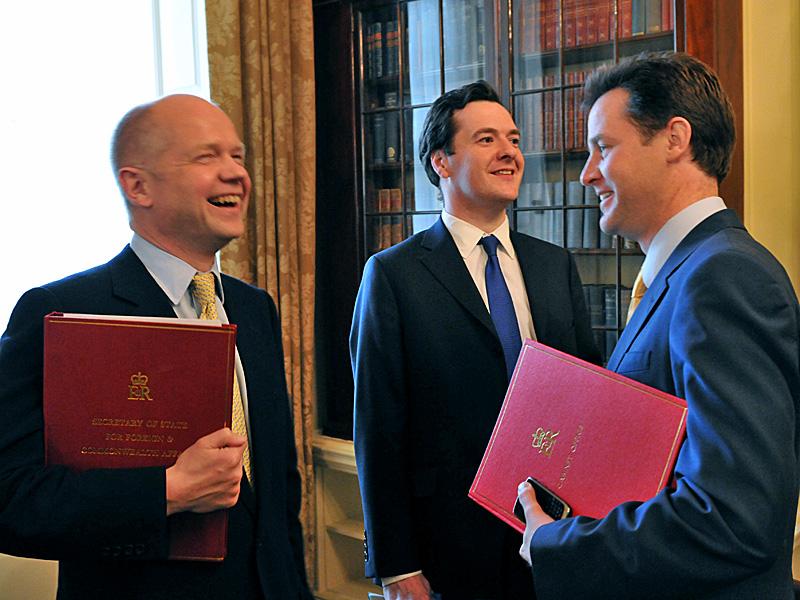 A messy hung parliament could prompt a second 2015 General Election

THE constitutional instability of a hung parliament could force another election later this year, according to Deputy Prime Minister Nick Clegg.

Clegg, warning against an “unstable” Labour or Tory minority government, suggested that another election could be called before Christmas if the government fell into gridlock.

“The last thing Britain needs is a second election before Christmas. But that is exactly what will happen if Ed Miliband and David Cameron put their own political interest ahead of the national interest,” he said during an election pitch in Cardiff.

The Liberal Democrat leader raising the prospect of a second General Election is understood to be setting down a marker to his Tory and Labour rivals, that he expects to be included in further government negotiations after the election.

The last time a second General Election was called in the same year because of parliamentary gridlock in the House of Commons was in 1974, when the first election took place in February of that year and the second in October.

Labour leader Ed Miliband has claimed that he is not interested in deals with other parties, but tacitly admitted that he would need to negotiate on Tuesday when he stated that abolishing ‘non-dom’ status would be a red line issue.

In the event of a hung parliament Labour or the Conservatives would need support from other parties to pass a Queen’s Speech and survive any votes of confidence.

The Scottish National Party – which ran a minority government in Scotland between 2007 and 2011 – has stayed away from discussing a second General Election, and instead has focused on the benefits of a ‘progressive alliance’ with Labour.

A second election would represent a failure of negotiations and cooperation. Labour party sources previously told The Scotland on Sunday that the possibility of a further election was being discussed.

However, a second election would not necessarily break any deadlock and would also require the support of most MPs due to the fixed term parliament act.

Former First Minister Alex Salmond told CommonSpace earlier this year that it was unlikely that the parties would seriously contemplate calling a snap General Election.