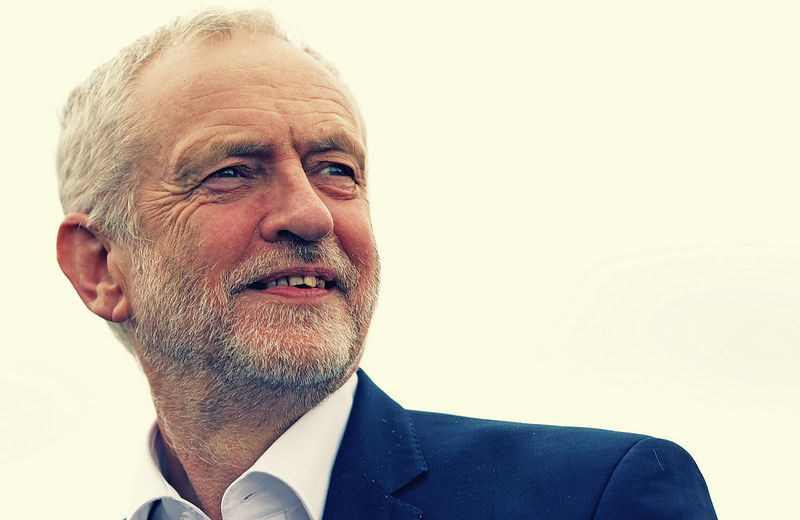 UK LABOUR LEADER Jeremy Corbyn has said he would negotiate a “bespoke relationship” with access to the customs union and the single market after Brexit in a major new speech – which mentioned Scotland only twice.

Pressure has been growing on Corbyn to clarify Labour’s position on Brexit, and on Saturday 80 senior Labour figures, including Edinburgh South MP Ian Murray, issued a statement urging him to maintain UK membership of the single market.

The SNP have been strongly critical of the Labour leader over Brexit in recent months, with the party’s leader at Westminster, Ian Blackford MP, accusing the veteran left-winger of “aiding and abetting the extreme Brexit proposed by the right-wing Tories” and working against the national interest.

“After years of Tory bluster and slogans, the Conservatives have been found out”. UK Labour leader Jeremy Corbyn

Kicking off his speech in Coventry, the Labour leader took aim at the Theresa May’s handling of the Brexit process so far, saying that whilst the Tories had no shortage of slogans, 20 months on from the vote to leave the country was still in the dark about the government’s Brexit strategy: “After years of Tory bluster and slogans, the Conservatives have been found out. They have no economic plan and they have no Brexit plan”.

Corbyn repeated that his party would respect the result of the EU referendum, but appeared to make no concessions to the fact Scotland and Northern Ireland had voted overwhelmingly to remain and did not mention how a future Labour Government would work with the devolved governments as Brexit negotiated.

Greer was also critical of what he says is Labour’s “continuing have-your-cake-and-eat-it approach to Brexit: “They claim a Labour government would cherry-pick benefits of the Single Market despite the EU’s clear and sustained objection to any cherry-picking. Have they not paid any attention to the last twenty months?

“Despite Scotland’s overwhelming vote to remain, Scottish Labour has swung fully behind his fantasy of a jobs-first Brexit”. Ross Greer MSP

“There is no such thing as a jobs-first Brexit and Corbyn himself has given the game away. In the same speech as he decried those warning that Brexit would cause ‘doom’ he recognised that there is a very real ‘economic cliff-edge’.

“Despite Scotland’s overwhelming vote to remain, Scottish Labour has swung fully behind his fantasy of a ‘jobs-first Brexit’. Yet we know from the impact assessments that every Brexit scenario will result in lost jobs and the average family being thousands of pounds worse off a year”.

Greer said Corbyn should have used his speech to “stand against the fundamentals of a Tory Hard Brexit”.

Corbyn pledged a “bespoke, negotiated relationship” for Britain with the EU after Brexit and said during the transition period Labour would seek to remain in a customs union with the EU and within the single market.

On the single market and customs union, Corbyn said Labour would negotiate a new and strong relationship with the single market which includes full tariff-free access and a floor under existing rights, standards and protections.

“That new relationship would need to ensure we can deliver our ambitious economic programme, take the essential steps to upgrade and transform our economy, and build an economy for the 21st century that works for the many, not the few”. He said

“We cannot be held back, inside or outside the EU, from taking the steps we need to.” UK Labour leader Jeremy Corbyn

Corbyn also used his speech to repeat where he was critical of the EU, saying he campaigned to “remain and reform” due to what he called the “free market orthodoxy and the democratic deficit” in the European Union.

He said that to deliver the “ambitious economic programme” Labour promised, he would use the negotiations to secure exemptions where current EU rules he says would limit a future Labour programme: “We cannot be held back, inside or outside the EU, from taking the steps we need to support cutting edge industries and local business, stop the tide of privatisation and outsourcing or prevent employers being able to import cheap agency labour from abroad to undercut existing pay and conditions”, he said.

Brexit, Corbyn said, would neither be a “land of milk an honey” or a disaster for the country. Instead, he argued it would be “what we make of it together”.