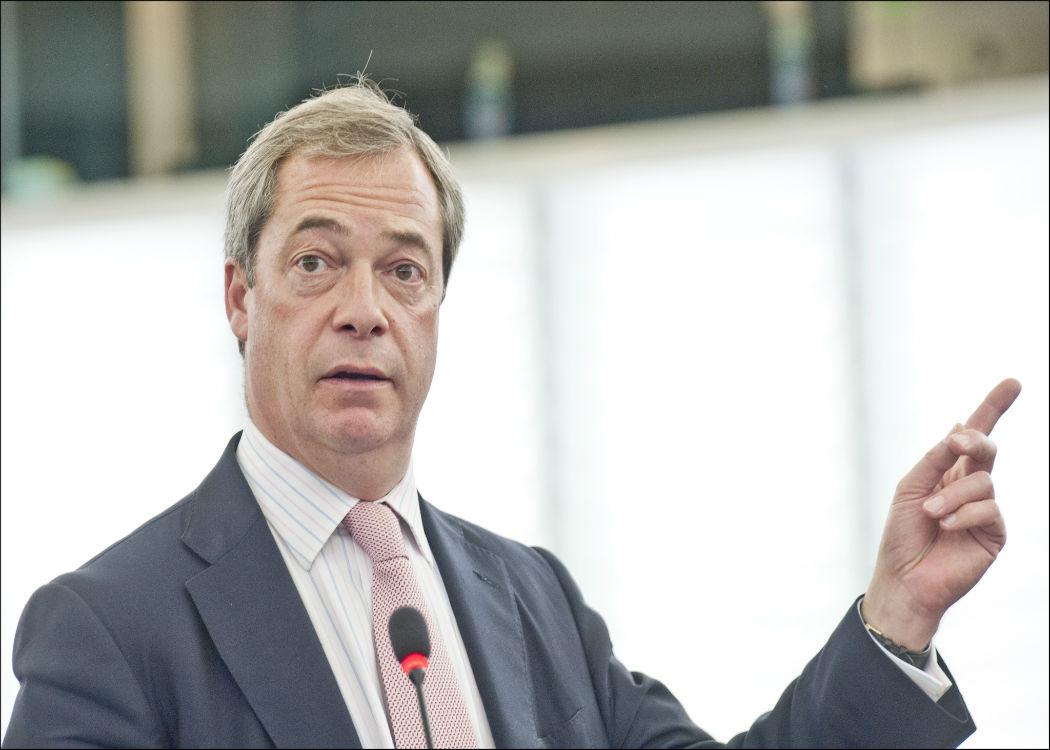 NIGEL Farage, Ukip leader, will take part in Ukip’s Scotland General Election campaign launch via video link, after being hemmed into an Edinburgh pub by anti-racist protestors while attending a party event in 2013.

The Ukip Scotland campaign launch will take place in Glasgow on Saturday 20 March at the Renfield St Stephen’s Church Centre.

Ukip stated that Farage is not coming to the launch in Glasgow because he is focusing his efforts on his own election campaign, standing for the Thanet South seat in Kent.

Coburn, who is openly gay, responded to Thackeray’s comments by stating that “it would be good if the council dispelled those perceptions”. He has previously stated that gay marriage amounts to “rubbing peoples nose in it”.

Coburn won Ukip’s first ever seat in Scotland in the 2014 EU elections.

Ukip is unlikely to make a significant impact in the upcoming General Election in Scotland, but in a recent poll on the 2016 Scottish Elections, the party stood at seven per cent of the vote, which could be enough to give it its first MSPs at Holyrood.

UK-wide, a new poll by Tory peer Lord Ashcroft found that UKIP is currently on course to lose all of its key target seats in the upcoming General Election, only retaining the two MPs the party won in two by-elections in 2014.