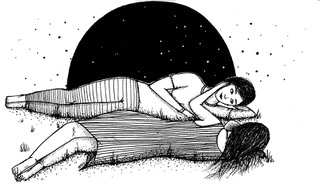 Through campaigning efforts and a new magazine, Fearless Femme hopes to save the lives of young women “across the world”

FEARLESS FEMME, a new organisation built from grassroots support and funding from both the Scottish Government and the European Union, launches its campaign against sexism and mental health stigma in Edinburgh on Tuesday (27 February).

Through wide-ranging campaign efforts and its self-titled new magazine, Fearless Femme aims to “save the lives of young women across the world”.

The unveiling of the Edinburgh-based feminist start-up was welcomed by Scottish minister for mental health Maureen Watt, who argued that its contribution could be invaluable in tackling the effects and stigma of mental health issues in Scotland.

Tuesday’s launch will also serve as a platform for Fearless Femme’s own evidence-based research programme, developed in partnership with the University of Edinburgh, to support the mental health of young female and non-binary students. The programme will collate collate evidence and data about mental health issues, with the hopes of potentially saving thousands of lives.

Fearless Femme was developed by social entrepreneur and academic Dr Eve Hepburn, now the start-up’s chief executive, who envisaged the organisation following the loss of her step-brother to suicide two years ago. Dr Hepburn has also previously suffered a breakdown and mental ill-health following a series of personal traumas, including the death of her boyfriend when she was only 19 years old.

“I needed to stop people from killing themselves. I needed people — like my 19-year-old self, reeling from grief from the death of her boyfriend — to know that they weren’t alone.” Fearless Femme founder Dr Eve Hepburn

Speaking ahead of tonight’s launch, Dr Hepburn explained: “After experiencing a breakdown and losing my step-brother to suicide, I made the decision that I needed — not just wanted, but needed — to establish Fearless Femme. I needed to stop people from killing themselves. I needed people — like my 19-year-old self, reeling from grief from the death of her boyfriend — to know that they weren’t alone, that they were enough, and they were going to get through it.”

During her previous career as a senior lecturer at the University of Edinburgh, Dr Hepburn was concerned by a notable increase in the number of female students she saw struggling with mental health issues.

Following her participation in a project for the university’s Institute for Academic Development (IAD), which explored how universities can support the mental wellbeing of students, Dr Hepburn formulated the idea for Fearless Femme in 2017.

Dr Hepburn’s research indicated that mental ill-health amongst students was increasing, and that some categories – women, LGBTQ+, black and ethnic minorities and international students – were particularly vulnerable. The research also pointed to the benefits of online support, which informed the eventual online presence of Fearless Femme.

Fearless Femme’s aims are framed by the fact that young women are the highest-risk group for mental illness in the UK. Research indicates that 46 per cent of young women between the ages of 11 and 21 years old have sought out treatment for mental health conditions such as anxiety, depression and eating disorders.

“We need to open up the conversation, encourage people to talk about their mental wellbeing and reduce the stigma around discussing mental health, particularly in the Year of Young People.” Minister for Mental Health Maureen Watt

Research also has demonstrates that psychological distress amongst young women is linked to the growing pressures that the demographic faces, including increasingly unrealistic body image and societal expectations regarding personal beauty, the academic stresses of school of universities, the negative effects of social media and an increase in sexual harassment.

Fearless Femme, through both its efforts to influence policymakers and by the media presence articulated by its magazine, aims to challenge these worrying cultural norms and to establish a community of empowered “rebelles”.

Speaking ahead of the Fearless Femme launch, Maureen Watt said: “Scotland is committed to helping our young people improve their mental health and tackle problems head on.

“To do that, we need to open up the conversation, encourage people to talk about their mental wellbeing and reduce the stigma around discussing mental health, particularly in the Year of Young People. Projects like Fearless Femme make an invaluable contribution to that. The launch of this magazine is yet another example of the innovative work going on across Scotland to support young people.”

Louise Macdonald OBE, Chief Executive of Young Scot and Independent Chair of the new National Advisory Council on Women and Girls also commented: “To ensure meaningful change around gender equalities and mental health, the most important thing we can do is create space to allow those with direct experience to share their stories and ideas, to challenge the status quo. I’m looking forward to listening carefully to what they have to say and learning from their insight and expertise.”

Fearless Femme can be found at www.fearlessfemme.co.uk and followed at @FearlessFemme.