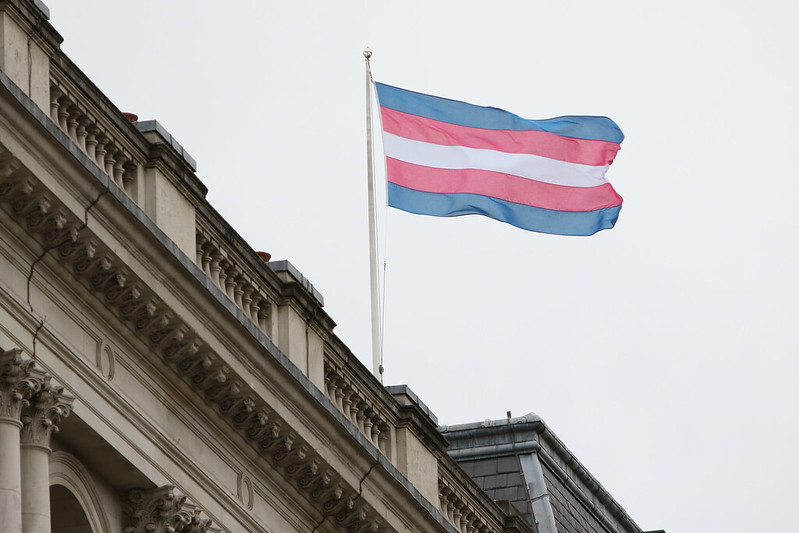 LEADING FEMINIST organisations have united in condemnation of an upcoming event in the Scottish Parliament which will launch a “Declaration on Women’s Sex-Based Rights”.

The declaration has been created by the international activist group the Women’s Human Rights Campaign, to promote the view that women’s rights are threatened by laws or practices which embed the concept of “gender identity” and are designed to include or protect trans people.

Each of the nine articles of the declaration is centered around reversing current practice around treating trans people in accordance with their lived gender. Critics of the declaration have pointed out this could only be achieved by repealing equalities legislation and breaching international human rights obligations.

SNP MSP Joan McAlpine and Labour MSP Jenny Marra have organised the event to take place in parliament on 20 November, to which all MSPs have been invited.

Speaking on the night will be Dr Heather Brunskell-Evans, co-editor of Inventing Transgender Children and Young People, Maureen O’Hara, and Dr Sheila Jeffreys, an Australian academic who penned a book on the threat posed to women’s rights by “transgenderism”, entitled Gender Hurts.

Jeffreys, one of the co-founders of Women’s Human Rights Campaign, is outspoken in her belief that “transgenderism” is a “masochistic sexual obsession”, and that accepting it in any form is harmful to women.

Feminist policy organisation Engender has raised concerns about the declaration, arguing that the document seems to put its focus on “antipathy towards trans people” rather than on women’s rights.

Speaking to CommonSpace, Engender director Emma Ritch said: “Engender works for women’s rights in Scotland and internationally – we know that human rights are a vital part of seeing women in Scotland have an equal share of power, resources and safety.

“This so-called ‘declaration on women’s sex-based rights’, however, doesn’t include women’s rights to housing, pay equality, access to justice, social security, education, or political representation. When it talks about violence against women, freedom of expression, and children’s rights it does so entirely through the warped lens of antipathy towards trans people.

“Participants at this event will not hear about the vital women’s rights work happening in Scotland or across the rest of the UK, or the priorities for action generated by the thousands of women who took part in this year’s UN CEDAW [United Nations Convention on the Elimination of all Forms of Discrimination Against Women] shadow process.”

Ritch added that the organisation did not believe the declaration was “merely a clumsily-worded but well-intentioned document by those who wish to support women’s rights”.

This view, she said, was confirmed by the fact that one of the scheduled speakers – Sheila Jeffreys, co-founder of the campaign – “compare[d] trans women to ‘parasites’” at a similar event in Westminster last year.

In 2011, Sheila Jeffreys told Canadian “gender critical” feminist Megan Murphy in a podcast interview: “The problem with transgenderism, which is obviously an expression of men’s sexual rights as well of course – it’s very much about the right to be sexually excited by female clothing, and subordination and so on – [is that] the subordination of women has to be supported in order for transgenderism to be supported.”

In a speech made in London last year, Jeffreys reiterated this view, saying: “‘Gender identity’ rights are the triumph of a couple of decades of campaigning by men who crossdress for sexual excitement who have managed to Sellotape their sexual interests onto the rights of lesbians and gays.

“Crossdressing, which has also been called transvestism, is what is called in sexology, the so-called science of sex, a paraphilia. Paraphilias are more commonly called sexual perversions when not being discussed ‘scientifically’.”

The event in parliament where Jeffreys will speak coincides with International Day of Transgender Remembrance, which takes place on 20 November every year in order to commemorate trans people murdered as a result of transphobia. It is unclear whether McAlpine or Marra were aware of the significance of the date.

Ritch continued: “We are very concerned that the Scottish Parliament will play host, on the International Transgender Day of Remembrance, to speakers that are unapologetic in their view that trans people should not exist.

“While Engender will always support the principle of women meeting to discuss their views on women’s rights, this particular event seems to be solely focused on the stigmatisation of trans people.

“We remain firm in our view that there is no conflict between women’s rights and trans rights, and that feminism should advance the equality and rights of all women in Scotland.”

Other feminist organisations have echoed Engender’s views on the event and associated declaration, suggesting that the “line between free speech and hate speech” was being blurred.

“We are immensely saddened that the Scottish Parliament, an institution we value and care so much about, would be used by those seeking to stigmatise and discriminate against trans women, especially on Transgender Day of Remembrance.

“We are worried that some of the debate around trans inclusion has blurred the line between free speech and hate speech.

“We are working for a Scotland where all women, children and young people are free of abuse in any form, and we will continue to campaign and focus our resources on this work.”

Over the past two years, all established national feminist organisations and numerous local services in Scotland have made a point of expressing their support for trans people – in particular trans women – in light of increasing hostility in the political and media landscape.

These issues appear to have been sparked by Scottish Government proposals to reform the Gender Recognition Act to allow trans people to change the gender on their birth certificate without a psychiatric assessment. Some MSPs, including those in the SNP, have been strongly opposed to the reforms on the basis that they will undermine the safety of women.

However, the debate has now expanded into a number of already-established areas of trans rights, touched on by the declaration which will be promoted at the event later this month.

Co-director of anti-violence against women campaign organisation Zero Tolerance Laura Tomson told CommonSpace there was “a false and harmful narrative being created around trans rights”.

Thomson said: “The reality is that women, including trans women, and non-binary people face violence from men and this is what we must all work to end.

“Violence against women, homophobia and transphobia are all caused by gender inequality. Being critical of gender norms and the gender binary is part of dismantling this inequality.

“To end violence against all women, and non-binary people, we must tackle inequality in all its forms.”

Director of YWCA Scotland (The Young Women’s Movement) Dr Patrycja Kupiec said that the organisation, which has led on a political engagement programme for young women with the Scottish Parliament, was also “troubled” to see the event being hosted in the parliament.

Kupiec said: “This event on the surface appears to be defending women’s rights, but on closer inspection of the declaration seems to be more focused on the rollback of trans people’s rights as enshrined in UK and EU equality law.

“The Young Women’s Movement will always work to defend the rights of all women, cis and trans.

“We’re particularly saddened that this event is taking place on Trans Day of Remembrance – a day when we ought to be reflecting on the continued persecution of trans people in Scotland and around the world.”

It also calls on governments to “prohibit any form of sanctioning, prosecution or punishment of persons who reject attempts to compel them to identify others on the basis of ‘gender identity’ rather than sex”.

Collectively, these demands would – if implemented – remove any right for trans women to be treated as women in virtually any context.

Scottish Trans Alliance James Morton has noted that adopting this declaration “would place Scotland in breach of the European Convention on Human Rights, and in breach of UK and EU equality law”.

Morton added: “We have long supported and will continue to support work to make the world safer and fairer for all women.

“We are shocked and disappointed that anyone is promoting in the parliament a declaration that calls for the breaching of human rights and equality laws, for one specific minority. You do not achieve equality by dividing people against each other.

“We hope that MSPs from all parties will continue to stand up, both for women’s rights and for the rights of LGBTI people, including trans people.

“There is no incompatibility between those things, and as always we are sure that with good will and empathy we will resolve the current debate in a way that promotes equality and rights for all.”

SNP members recently re-established the party’s LGBTQ+ wing, Out for Independence, in a bid to address some of the recent disputes within the party over trans rights. The group launched a pledge of support for LGBTQ+ equality which National Executive Committee candidates were encouraged to sign.

Following this, an unaffiliated group of SNP members who percieve a conflict between women’s rights and trans rights launched a Women’s Pledge, which focuses on sex-based rights.

Asked to respond to concerns about the event in parliament, the declaration and the speakers involved, a Scottish Government spokesperson said: “Trans men and women born in the UK have been able to obtain gender recognition and a new birth certificate consistent with their lived sex since 2005, as required to comply with Article 8 of the European Convention on Human Rights and the Human Rights Act.

“We recognise the discussion of the rights of transgender people has become polarised and, as we remain committed to listening to different views, we also have a part to play in encouraging respectful debate.”

Scottish Green co-leader Lorna Slater described the challenges to trans rights in the context of the upcoming event as “chilling” and announced that the Greens will launch a trans-inclusive #GreenWomenPledge to help address some of these issues.

Slater said: “It is distressing that this event is being held to coincide with the Transgender Day of Remembrance, which commemorates the lives lost as a result of bigotry against trans people.

“Trans and non-binary people are experiencing higher levels of hate crime than ever before. That’s why it is vital we don’t conflate issues and remain clear-headed. The Gender Recognition Act does not touch any aspect of women’s rights, it simply and specifically allows trans people to have their correct gender recognised in law.

“It is chilling that what started as resistance to the Gender Recognition Act has become a call to repeal existing equalities legislation. This is exactly what Steve Bannon’s right-wing agenda planned all along when they suggested that separating the ‘T’ from LGBT would be an effective way to divide and conquer those who fight for equality.

“Trans rights do not impinge on women’s rights, they are all human rights and we must protect them. That’s why this month Scottish Greens women’s network will be launching our #GreenWomenPledge to show support for trans rights.”

Equalities spokespeople for the Scottish Conservatives, Scottish Labour and Scottish Liberal Democrats did not respond to a request for comment by the time of publication.

The offices of Jenny Marra and Joan McAlpine MSP were approached for comment and did not respond by the time of publication.