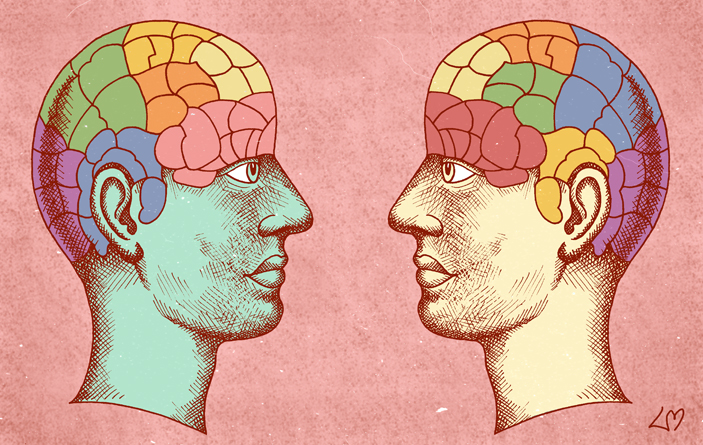 Fergus Murray (@MxOolong), co-founder of AMASE (Autistic Mutual Aid Society Edinburgh), looks at the Programme for Government’s focus on mental health in the context of the autistic community, arguing that deep and systemic change is needed and should be led by autistic people themselves

THE focus on mental health in the latest Programme for Government is extremely welcome.

The commitments to put together a strategy to tackle social isolation and loneliness, to invest in suicide prevention and provide more counsellors in educational settings are very positive. The intentions to improve support for people and their families after autism diagnosis, and provide more autism training for professionals whose work brings them into contact with autistic people, are also really good news.

However, I am waiting to see how these commitments marry up before I get too excited: the mental health of autistic people is chronically ill-served in Scotland, and it is not clear what concrete steps are planned to remedy this.

The way things stand now, in many areas diagnostic services are sorely lacking, and in even more areas, post-diagnostic support is non-existent. Where there is anything in place, it tends to be provided by programmes which struggle for funding year-by-year. Councils appear to see support for autistic adults as entirely optional, and while the Scottish Strategy for Autism has lofty and broadly sensible goals, there is seemingly no way to hold anyone to account for failing to implement them.

South of the border, the Autism Act provides legal guarantees for autistic people — which, to be fair, are systematically ignored by the majority of local authorities, something the new National Autistic Taskforce is working to change. In Scotland, there is not even a nominal legal framework for ensuring that autistic people are able to lead decent lives. There are of course many well-intentioned people trying to help, but that is not always enough.

In areas where provision for autistic adults is especially dire, people on the spectrum are all too often isolated, with no way of reaching their peers locally and connecting face-to-face with people who face similar challenges. The importance of connecting with the autistic community is widely attested by people who have had that chance, but we rarely get any help to do so. Peer support and mentoring is much more likely to happen on an ad hoc basis than with any kind of official backing, despite its cost-effectiveness and value in supporting mental health. This is something government bodies could easily be doing more to facilitate.

One of the reasons peer connections are so vital is that autistic people are routinely misunderstood by professionals we come into contact with. Autism is often described as a communication disorder, but communication is a two-way street, and non-autistic people tend to be just as bad at understanding us as vice versa. The ‘double empathy problem’ means that people with different sorts of brains often fail to intuit how each other is feeling.

This hits us hardest in healthcare, where autistic distress is far too often underestimated or dismissed wholesale. Autistic people tend to express pain in different ways, and few professionals understand what this means for their practice. Many of us have also learned to ‘mask’, actively suppressing our natural expressions and body language to blend in better, Autistic people just holding it together enough to make an appointment are often read as calm and basically okay, whatever they say about their own pain.

When AMASE conducted a survey about the mental health of autistic people around Scotland, we found that many had been excluded by such simple things as practices insisting on telephone contact, and many more were disbelieved when they did manage to seek help. One told us: ‘”I don’t seem able to convey the level of distress or help needed. I have to be seriously suicidal before anyone even registers me as “a bit upset”.” Another wrote “I’m told that the depression and anxiety is normal for me”. When you know that 66 per cent of autistic adults have considered suicide and 35 per cent have attempted it, this failure to provide help when we need it is chilling.

READ MORE – Michael McEwan: How society is starting to adapt itself to the needs of autistic people

It’s clear that professionals need more autism training, and it’s not clear that most of what they’ve been getting so far has cut it. Few have had training planned and delivered by autistic people, and autistic priorities are not always reflected in what people are being told about us. Many professionals working with autistic people have also never knowingly met one ‘in the wild’, as an equal, and got to chat with us as people and get a sense of our perspective on the world.

In all of these areas, there is so much to gain by empowering autistic people to speak for ourselves, and by making sure that someone is actually listening. As they say, ‘nothing about us without us is for us.’ The Scottish Government has an opportunity to help make things much better for us.