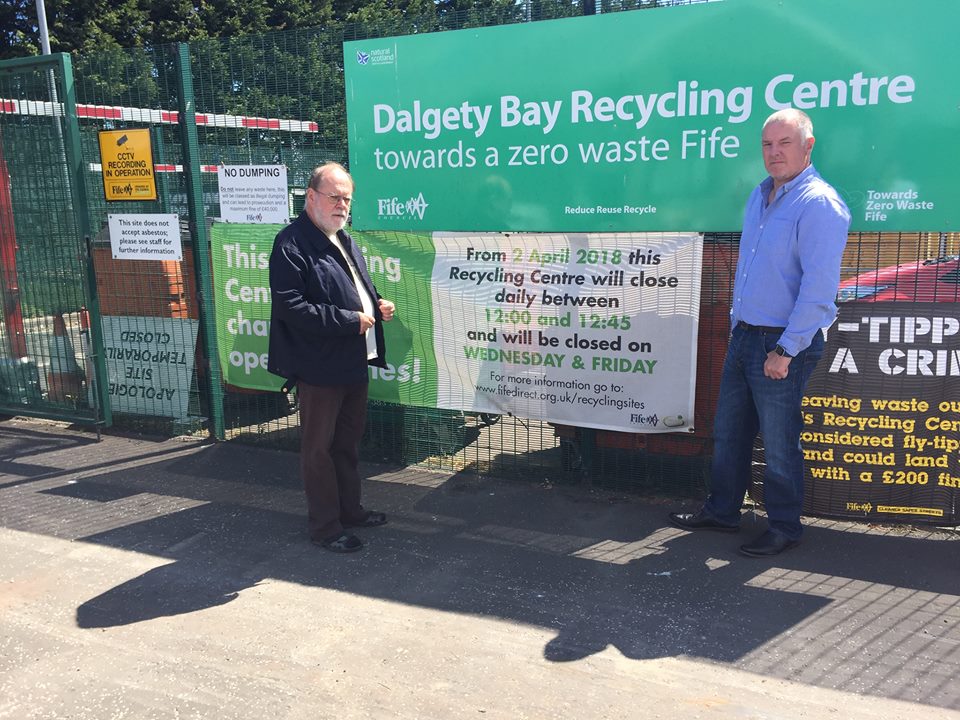 THE LEADER of the Tory group at Fife Council has re-affirmed his support for the party’s by-election candidate Dave Coleman, who is caught up in a storm over offensive comments he posted online mocking the disabled and poor.

Coleman came under fire after comments from 2010 were unearthed which showed the Tory council hopeful mocking disabled people, travellers and the poor.

In April 2010, Coleman posted on Facebook:  “Doesn’t wear his helmet on the special bus, because it impedes my window licking abilities.”

He updated his friends with another post days later, saying: “Chavs to the left of me, pikeys to the right… here I am shopping in Lidls with you.”

Coleman also turned his attention to people suffering from mental health problems, saying: “Thinks his new PADDED ROOM and HUG-YOURSELF JACKET that the nice men in white jackets gave him are so cool!”

Councillor Dave Dempsey, leader of Fife Council’s Tory Group, told CommonSpace on Monday [20 August] that Coleman continued to have the full backing of the local Conservative branch despite his comments.

Coleman, a businessman, is seeking election in the Inverkeithing and Dalgety Bay ward in a by-election prompted by the resignation of Lesley Laird, Labour’s shadow Scottish secretary, who gave up her place on the council after winning her seat in Westminster.

Responding to a question from CommonSpace about whether the local party would continue to support Coleman, Dempsey said: “Yes, I confirm that. We prefer to concentrate on what he’ll do if and when elected.”

The seat is seen as a three-way fight between the SNP, Scottish Labour and the Scottish Conservatives, who have all received good results in previous elections. Council insiders told CommonSpace that Dempsey and the Tory group would be hoping to win the seat to try to exercise more influence over joint Scottish Labour and SNP coalition which runs the local authority.

Coleman apologised for what he described as “daft comments”, in a statement he said: “These were daft comments made as a joke 8 years ago and I understand that this isn’t the kind of language expected of a councillor. I sincerely apologise to anyone upset by them.”

“It is shameful that Mr Coleman and Scottish Tories think these harmful remarks can be brushed aside as ‘daft comments’.” SNP disabled members group convener Morag Fulton

However, Morag Fulton, convener of the SNP disabled members group, said it was wrong for Coleman to describe his comments like this: “These remarks show not only a contempt for disabled people but belittle them in a way that should never be acceptable to anyone, let alone an elected representative.

“Against a background where we are campaigning to empower more disabled people to become politically active and stand for election, it is shameful that Mr Coleman and Scottish Tories think these harmful remarks can be brushed aside as ‘daft comments’.

“Such opinions show very real prejudice and belittle many in the community they seek to serve.”

One local political activist in Fife suggested to CommonSpace that Coleman would be in “good company” if he joined the Tory group on the council, referring to another Fife Councillor, Kathleen Leslie, who was banned from teaching after offensive comments she made about Nicola Sturgeon online.

The Scottish Conservatives are no stranger to embarrassment from potential representatives, and Coleman would join a list of colleagues who have made offensive remarks, dubbed “Ruth Davidson’s hall of shame’ by The National.

The party’s representatives include a Paisley councillor who appeared in a leaked list of BNP members and the controversial MP Douglas Ross who said after being elected to Westminster that his “number one” priority if he was prime minister, would be “tougher enforcement against gypsies and travellers”.

One of the party’s North Ayrshire councillors was embroiled in a racism row which prompted the entire Conservative group on North Ayrshire Council to quit Twitter. Tory Todd Ferguson attacked a Dutch political opponent for having a political opinion, questioning an SNP councillor’s citizenship status.

“This is a real test of leadership for Ruth Davidson, who is not only turning a blind eye to the bigots and extremists in the Scottish Tory ranks, she is actually giving them a platform to run for office on a Tory ticket.” SNP MSP Annabelle Ewing

The Scottish Labour candidate in the by-election, Billy Pollock, said that Ruth Davidson and Dave Dempsey should suspend Coleman: “Anyone who mocks people with disabilities isn’t fit to represent the electorate.

“Mr Coleman’s Tory party are driving people to the depths of despair with their savage cuts and yet he has the audacity to mock those suffering from mental health issues.”

SNP MSP Annabelle Ewing said: “These offensive Facebook posts by the Scottish Tory candidate in the Inverkeithing by-election are totally unacceptable and not befitting of someone seeking public office.

“This is a real test of leadership for Ruth Davidson, who is not only turning a blind eye to the bigots and extremists in the Scottish Tory ranks, she is actually giving them a platform to run for office on a Tory ticket.

“The Scottish Tory leader has serious questions to answer about why she is condoning this bigotry and extremism that goes right to the core of her party.”