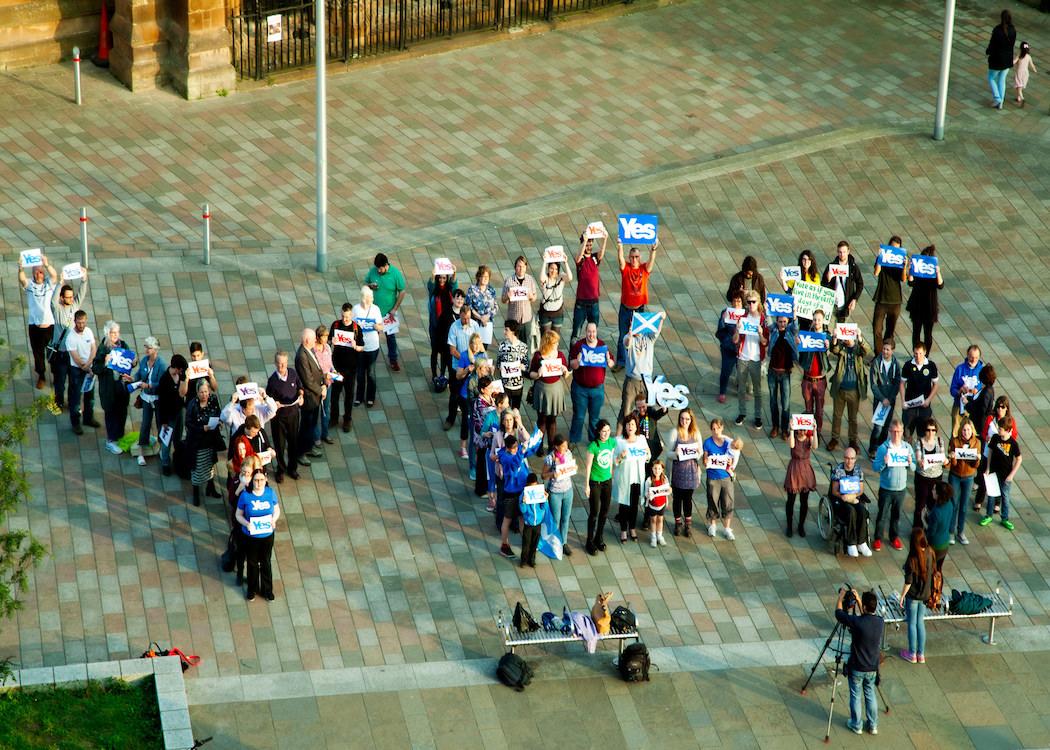 SEVERAL prominent yes campaigners have been elected to the Scottish parliament, though new alliance Rise failed to win any seats

Prominent figures from the broad ‘yes’ campaign, including Scottish Greens and Women for Independence (WfI) members, have been elected as MSPs in yesterday’s Holyrood election.

Land reform campaigner Andy Wightman and WfI founding member Jeane Freeman were among those elected to the new parliament – Wightman for the Greens, and Freeman for the SNP.

Pro-independence candidates won a majority of seats, though the SNP missed out on an overall majority, receiving a lower share of the vote than they did in 2011.

“Most, if not all, of the fresh ideas … have come from Rise, the Scottish Greens, and Common Weal.” Mary Lockhart

Meanwhile Ross Greer, who worked for the official ‘Yes Scotland’ campaign, has become the youngest ever MSP, at the age of 21, as a Green candidate on the West Scotland regional list.

However campaigners from Radical Independence Campaign, part of the broader yes movement, who formed new alliance Rise late last year, failed to win a seat. Rise stood on the regional list ballot in every region and campaigners were hoping to see Cat Boyd elected in Glasgow.

The fifth Scottish parliament will continue to be male-dominated, with just 45 women elected, as in 2011. Several prominent women from the pro-independence movement stood as Green candidates but failed to win a seat: Sarah Beattie-Smith, Kirsten Robb, Maggie Chapman and Zara Kitson.

Green party activist and Open Democracy editor Adam Ramsay said that while overtaking the Lib Dems to fourth place was welcome, it was “miserable that Maggie, Sarah and Kirsten missed out.”

National coordinator for WfI, Kathleen Caskie, told CommonSpace that having three members of the organisation’s national committee elected to parliament was very welcome news. Seven had originally stood as candidates, not all for the SNP.

But Caskie added that the lack of improvement in gender representation in parliament overall was “appalling”.

“Will it be a radical parliament? No, of course not! It’s full of men and Tories,” she said.

‘Maverick’ pro-indy Labour candidate Mary Lockhart, who stood on the regional list in Mid-Scotland and Fife, argued that radical pro-independence campaigners had been excluded from the electoral campaign.

She told CommonSpace: “I was appalled by the SNP’s immediate rush to exclude all those who had campaigned for independence from any possiblity of success.

“It seemed to me that most, if not all, of the fresh ideas which emerged both during the referendum campaign and increasingly since, have come from Rise, the Scottish Greens, and Common Weal.”