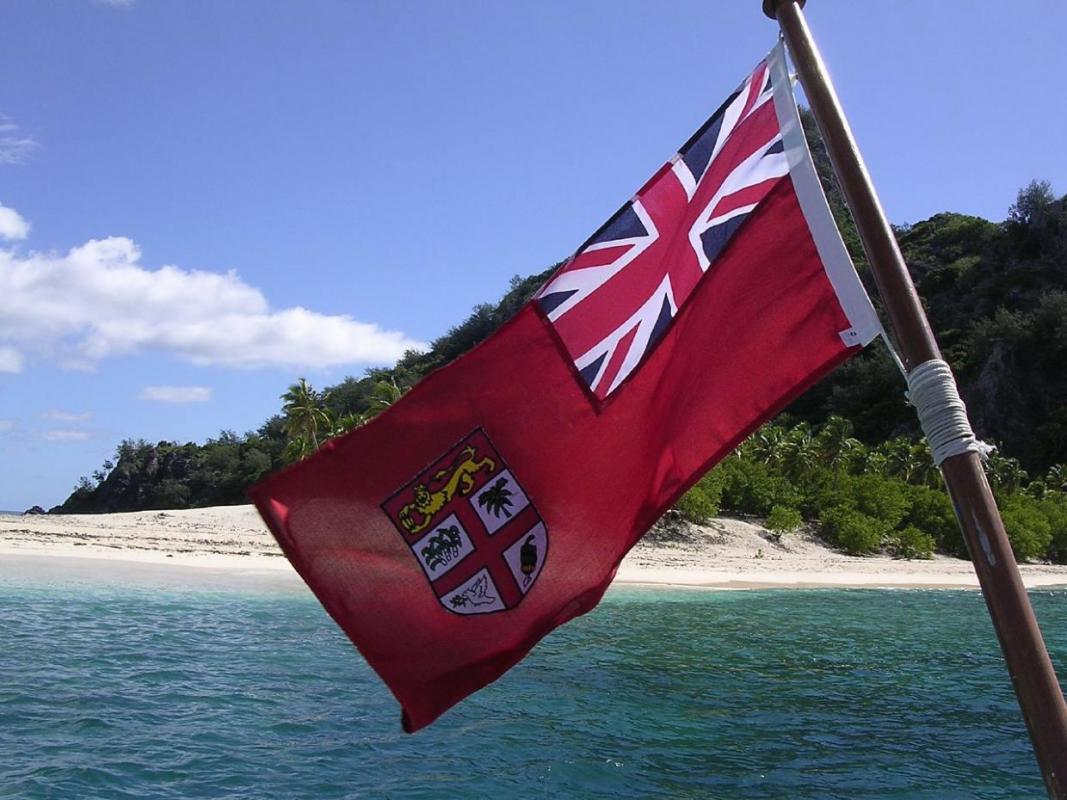 De-colonised country will look to the future

THE Pacific island of Fiji plans to mark the 45th anniversary of its independence by removing British symbols from its national flag.

In reports by AFP news agency, he said: “We need to replace the symbols on our existing flag that are out of date and no longer relevant, including some anchored to our colonial past. The new flag should reflect Fiji’s position in the world today as a modern and truly independent nation state.”

However the current government wants to remove these traditions. In 2012 the current Prime Minister scrapped the Queen’s birthday celebrations and the use of the monarch on Fijian currency.

He has now called for a full redesign of the country’s flag to mark the 45th anniversary of independence on 11 October this year.

“We must all have an open mind about the final result, but it should be symbolic of the unity of the nation and instantly recognisable the world over as uniquely and proudly Fijian,” he said.

Other former British colonies are also considering changes. Next year, New Zealand will vote in a binding referendum on whether to remove the union jack from its national flag.

The caribbean island of Jamaica is in the process of ditching the British monarchy in favour of a republic, and is currently debating presidential powers.

A referendum on becoming a republic was defeated in Australia 55 per cent to 45 per cent in 1999.

Elizabeth Windsor, the Queen, remains head of the commonwealth. In a statement to CommonSpace, a spokesperson for Buckingham Palace said: “Flags are a matter for the Fiji government.”