Our film critic Scott Wilson checks in from the Edinburgh International Film Festival for the first in a short series of reviews, starting with a world premiere.

At the beginning of 2017, Anni Donaldson wrote about James Kelman’s Celtic Connections event for CommonSpace. In what was a conversation with Alan Bissett, Kelman spoke of his latest novel, Dirt Road, about a boy rediscovering music in the wake of his mother’s death. The book began as a screenplay for a film which has just had its world premiere at the Edinburgh International Film Festival.

Teenager Murdo and his dad Tom set off from Scotland to visit family in the American south. His dad is stoic, Peter Mullan-esque. Murdo is an awkward teenage boy. His quietness could be from grieving, or it could be that way teenage boys are. It makes for a strained relationship. Tom is struggling, his stiff upper lip coming across frustratingly masculine when everyone knows he is heartbroken inside.

Dirt Road to Lafayette is Murdo’s tale though. He joins a black family playing Zydeco music after overhearing them on the way to the shop. He picks up an accordion and accompanies them. It’s quietly momentous. Murdo is playing again, and in doing so, he brings together communities and cultures. He’s in a part of the country known for its racism, playing music integral to the identity of those who wrote it.

Musicians will respond to the story’s belief that music unites us, bringing us together in celebration or helping us navigate a deep sorrow.

There is something to this tension bubbling in the background. Murdo’s extended family and friends love the music of their heritage, but not thy neighbour. The south’s continued segregation is clear, but for Murdo, music is the path back from grief. The emotional chasm between him and his dad is like that of the Grand Canyon, but by accompanying Queen Monzee-ay, a musical legend, he feels connected to the world around him again. It takes being understood, appreciated, seen, by people from a foreign land and a foreign culture, but united by a universal language; even a universal struggle.

Scots will notice the masculine problem with Tom straight away. His idea of love is a watchful and oppressive eye, and he means well. He thinks he knows what’s best for Murdo, but he is out of touch to a religious degree, showing little understanding of who his son actually is. Fatherhood seems more like a duty than a pleasure. Despite his son’s happiness elsewhere, Murdo is still his boy.

I loved Dirt Road to Lafayette. Musicians will respond to the story’s belief that music unites us, bringing us together in celebration or helping us navigate a deep sorrow. In a time of poisonous nationalism, it shows the good that can come from sharing life with each other no matter our skin-deep differences. It is rather wonderful, and a film I could have lived in for much longer. 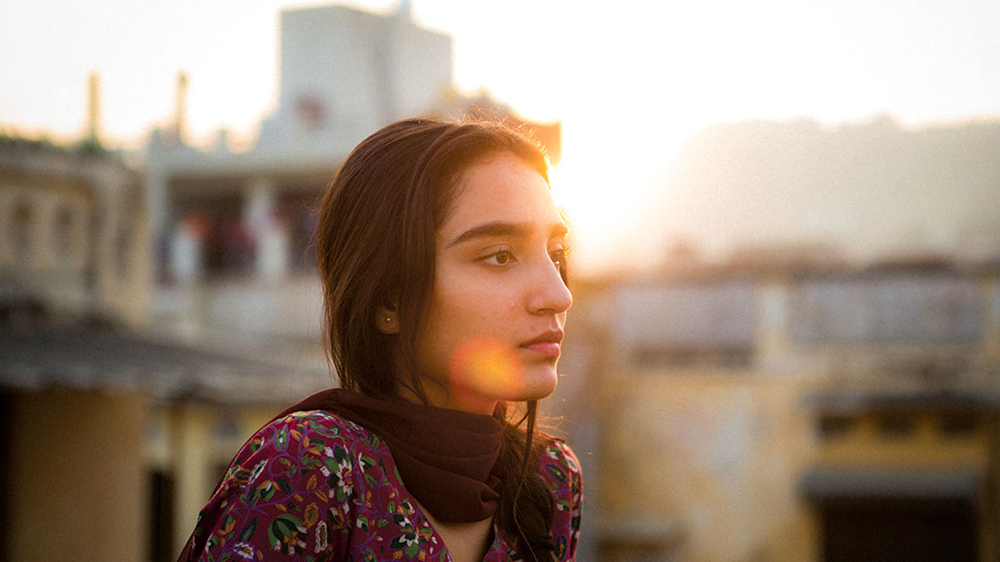 Sixteen year old Nisha is the daughter of immigrant parents from Pakistan. They understand and are familiar with the culture of their country of origin, but Nisha only knows where she is now, in snowy Norway. She also knows her ultra-conservative parents would disapprove of some things she does – sneaking out after dark, texting boys – but she is able to toe the line. That is, until her dad catches a boy in her room, setting in motion a chain of events that ends with her being sent to Pakistan.

When director Iram Haq was fourteen she says her parents ‘kidnapped’ her and sent her to Pakistan, making What Will People Say semi-autobiographical. In some ways it’s confrontational, and it’s tough to know where an ‘East meets West’ story fits into Brexit Britain and Trump’s America. Haq doesn’t want Nisha’s parents to merely be perpetrators: the film gets its name from how her parents react to the boy being in her room – “everyone is laughing at us” – suggesting a pressure from tradition and community more than something that is innate to them as people.

But it’s hard to see her father in particular as anything other than monstrous and violent. Does the film serve us by showing a harrowing reality, or does it exacerbate tensions between communities? It offers little hope from Nisha’s experiences in Islamabad, pitting life there against Oslo’s more relaxed and liberal way of doing things.

I think the film is inherently provocative, and in Haq’s hands it’s an empathetic story she needed to tell. Like the outstanding Mustang, it lets us see life from within another culture and how it treats women and girls. The questions it raises and leaves largely unresolved are what makes it so great for me, but it may also be what makes it a frustrating watch for others. At its heart is a story of a young girl fighting to reclaim her agency against a family, a community, and a culture she has never felt a part of.

My Name is Myeisha is a lyrical and theatrical look at racially-motivated police brutality in America. Like Glasgow Girls meets Black Lives Matter, it takes a socio-political source of hurt and turns it into something musical, something rhythmic, passing the microphone to another voice. In this case, Myeisha and her story are based on the real Tyisha Miller, a nineteen year old shot by police while unconscious in her car. Just as events unfold, Myeisha stops, addresses the audience, and tells her story before the bullets hit.

She has some things to say, and not all of them relate to her current situation. There’s a significant diversion to talk about black women’s hair and their relationship with it, for example. We hear names of victims of police brutality in the news, but we seldom hear about their lives. The names become politicised and they stand for something, but Tyisha Miller, and indeed Michael Brown, and Tamir Rice, and Trayvon Martin, and countless more, were people before they were shot by police officers.

Rhaechyl Walker’s physicality gives Myeisha life, having originally portrayed her in the play, Dreamscape, that the film is adapted from. She has a limited time with us and fades, time progressing with interruptions by a coroner played by John Merchant. He describes each of the twelve bullet wounds, some fatal, some non-fatal, but in his clinical and bass delivery is something inhuman and mindboggling. Myeisha is reduced to her body and how it is hurt, while we remember she was unconscious in a car, an act that led to the police shooting her twelve times.

Merchant appears elsewhere as a beatboxer aiding Myeisha’s rhymes and storytelling. In her panic, she jumps from topic to topic, telling what she can with what she has left. “Why don’t we agree to make this tale a fable?” she repeats, and in 2018, with the riots of Ferguson still fresh in our memories, it is a hopeful yet sad reminder of how little we have progressed.

It blends cinema with theatre in a way that won’t work for everyone, but I was on board after a short period of acclimatisation. It has a fast-flowing energy and in its restlessness is a gripping urgency. It is as important to Myeisha you hear about her trivial family matters as it is about the racism she’s experienced. I believed in it as being about a life of someone who mattered, but didn’t matter to a systemically racist institution, and that this is her turn to speak.