Our film critic Scott Wilson checks in from the Edinburgh International Film Festival featuring a Kenyan superhero, Finnish fighters for love, and romance at an Australian festival 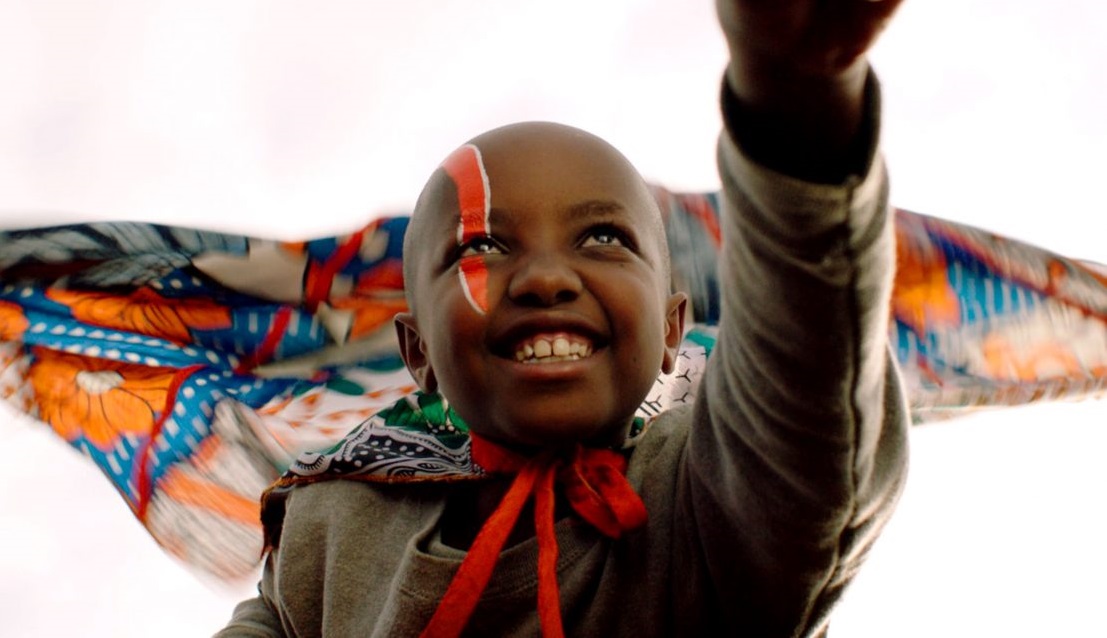 Some films come along at the right time. The tail-end of 2017 – after what felt like an eternity of political and social turmoil – mercifully granted us relief with Paddington 2’s arrival. ‘If you’re kind and polite, the world will be right’ said the charming bear from Peru, summing up what the world is missing, and letting us all remember it for a moment.

Kenya’s Supa Modo has a heart Paddington would be proud to share a marmalade sandwich with. It’s about the best of people when faced with something grave, and when other people might be all that’s left.

Young Jo’s mum takes her home from the hospital. The news isn’t good, and her mum does not want her time left to be spent in a lifeless ward. She shelters Jo, keeping her away from anything that might make what is happening worse. Mwix, Jo’s sister, thinks Jo should be out living while she can. Jo loves superheroes and films with poor visual effects, and in her head, she dreams of special powers and cool costumes. Mwix, going against their mum’s wishes, makes plans with those in their town to play along with Jo’s games so she can be a real-life superhero.

READ MORE FROM FILMSPACE – FilmSpace at EIFF: Dirt Road to Lafayette, What Will People Say, My Name is Myeisha

If it sounds sad, well, it is, but reflecting on Supa Modo, it’s with a smile and a warmness about people coming together. There’s very little conflict in a film about a town colluding to bring magic to a young girl’s life. The conflict is with the tragedies of life itself, leaving the people to instead bring harmony at a time of hardship. Wouldn’t that be nice?

Stycie Waweru plays Jo with an inspiring zest. Every little cough reminds you of her frailty – never mind how small the camera makes her look – yet she believes in the power of heroes, enough to keep getting out of bed and to bring joy to others. Mwix, played by Nyawara Ndambia, assumes the role of responsibility while their mum panics and shields Jo. Ndambia makes Mwix an oasis of calm for Jo as she keeps her younger sister moving instead of sitting around the house waiting for the inevitable.

Supa Modo is the kind of film the world needs right now. It’s a reminder that life is hard enough without us making it more difficult for each other, and that actually, we have the power to help each other through those difficulties. As sad as it is, it’s hilarious and sweet too, and because of the size of its heart, you will think back on it for its good nature much more than for its tragedy. It takes a village, and Jo’s village is one we’d all be lucky to live in.

Those feeling a little cynical about love after Love Island could do with Thick Lashes of Lauri Mäntyvaara. Two young girls, Heidi and Satu, have made it their mission to protect love, believing it ruined by capitalism and other external forces that get in the way when two people are otherwise meant for each other.

When Heidi falls for Lauri, a hockey player with a big future, Satu wants to help by facilitating their romance. Lauri isn’t sure if hockey is what he wants, but his mum isn’t giving him much choice, harping on about the NHL at every opportunity. He’s stuck, and his mum sees Heidi as a distraction. Satu wants to help these star-crossed lovers.

It’s distinctly Nordic – Satu looks like a young Lisbeth Salander, this time fighting for love rather than against men who hate women. She listens to loud rock music (with a delightfully surprising sequence set to The Mars Volta) and has a punk sensibility that isn’t in vogue over here in Scotland, but is an aesthetic that has never gone away in northern Europe. There’s something of We Are The Best! about her, a great Swedish film about young girls starting a punk band. Imagine that film crossed with Shakespeare’s Much Ado About Nothing, and Thick Lashes begins to make sense.

It’s a youthful tale, the kind that has wide-eyes and hasn’t become jaded by life experience yet. I think these stories are where the exciting storytelling is happening because of the cynical and ironic culture they share spaces with. Thick Lashes absolutely believes in love, and that it believes in anything at all is quietly revolutionary.

At one point, a boy tells Satu that she doesn’t need a boyfriend, she needs an army. If Supa Modo is a warm embrace, Thick Lashes of Lauri Mäntyvaara is a Molotov cocktail ready to fight for love. With a raised fist and a full heart, I’d follow it into battle.

Maybe you know Ben Elton’s name from his days working on Blackadder and The Young Ones. Maybe you know him as the writer of the smash-hit musical We Will Rock You. Three Summers – an Australia-set romcom about a boy and a girl meeting at a folk festival across three years – doesn’t quite reach the heights of either.

He, Roland, played by Robert Sheehan of Misfits fame, is a bit of a musical snob and a virtuoso at the theramin, while she, Keevy, played by Rebecca Breeds of Home and Away fame, plays in an Irish folk-rock band with her dad. She’s intrigued by his skill but put-off by his elitism. He fawns over her naturalistic performances but thinks she’s too good for folk-rock covers, offending her in the process.

That’s kind of it. Sheehan is a well of charisma and it’s a constant surprise Misfits didn’t shoot him straight to the stars. He isn’t let off his leash in quite the same way he was there, but he still has those comedic chops and plays an arrogant musician to the hilt. Breeds plays off of Sheehan’s superiority complex well, showing Keevy to be someone who’s good at what she does and is content with it all.

In the background at the festival, there’s a tussle between an aging grandpa and indigenous performers. In a film this inoffensive, you know where a racist geriatric plot is going to end up, but there’s something to how the story places an importance on exposure to other cultures as a means to understanding. It’s not a lot, but it’s there.

There’s also a running gag about two couples who camp at the festival every year. It’s completely irrelevant to everything else that’s going on, but I found it to be the funniest thing I saw during my time at EIFF.

It’s the kind of film that would likely find an audience on Netflix. It’s not enough of anything to be profound or to make a significant impact, but it’s good enough to be worth an hour and a half of your time. There’s none of The Young Ones’ anarchy, and it won’t conquer the world like We Will Rock You, but it’s a little bit of escapism into a festival where love, culture, and music are at the fore.