Our film critic Scott Wilson checks in from the Edinburgh International Film Festival featuring a poetic retelling romp, a tattooed protest, and a bit of Britpop nostalgia 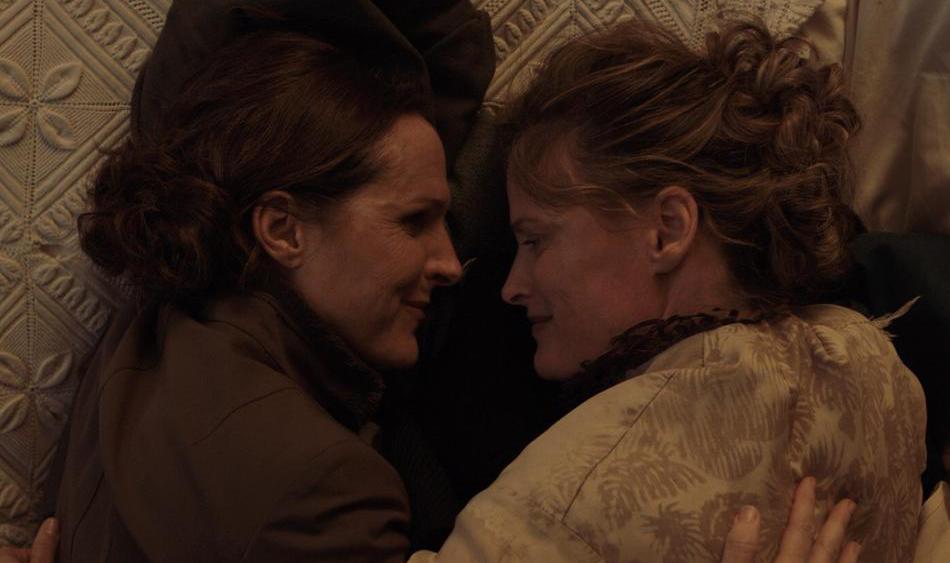 The Broadway musical Hamilton is obsessed with legacy. ‘Who lives, who dies, who tells your story?’ While it’s turned many musical theatre kids into history geeks, it forced listeners to be aware of those at the birth of America who were shoved out of the limelight. Just before it became a phenomenon, Alexander Hamilton was to be removed from the $10 bill. His place is now safe.

Emily Dickinson has long been considered a tortured recluse, a lonely spinster. Her poetry went widely unrecognised during her lifetime, and that which was published was heavily edited. She rhymed unconventionally and few of her poems had titles. It’s easy to assign a tragic narrative to her life, of an artistic genius only recognised posthumously.

Wild Nights With Emily isn’t that story. Here, Emily Dickinson is an expressive and vibrant individual, a keen poet. She hides from some, yes, but most secretive is her relationship with Susan Gilbert. Fully embracing the theory Emily and Sue were lovers, the film is a celebratory romp, casting off the miserablist view of Dickinson as depression personified. A Quiet Passion this ain’t.

Director Madeleine Olnek commits to the lesbian romance narrative, something at odds with what the public thinks of Dickinson and her life. She reframes a woman who has been defined retroactively, who was paid little mind while she was here. It gives Dickinson’s poetry a heartbeat and a context, providing an obvious source for inspiration. Scholars are happy to call the two women close friends, even to call Sue Emily’s muse, but Olnek calls a spade a spade.

The quirky humour works to subvert the dreaded seriousness this kind of story is typically doused in. At times, it reminded me of Horrible Histories (a compliment). It’s a slightly wild film in itself, occasionally breaking the fourth wall, sometimes comedically stretching a moment of nonsense to breaking point, but never forgetting the poignancy of a forbidden love. If it’s true Emily and Sue were lovers who inspired each other, they were never able to say so publicly. The behind-closed-doors hilarity switches to sadness; trying to hide ruffled bloomers turning into solitary nursing of one another.

It’s never called into doubt that Emily’s poetry was worthy of recognition, but Olnek takes her legacy and casts off its shadows. This is a wonderful film about love, the kind of which Dickinson deserves. 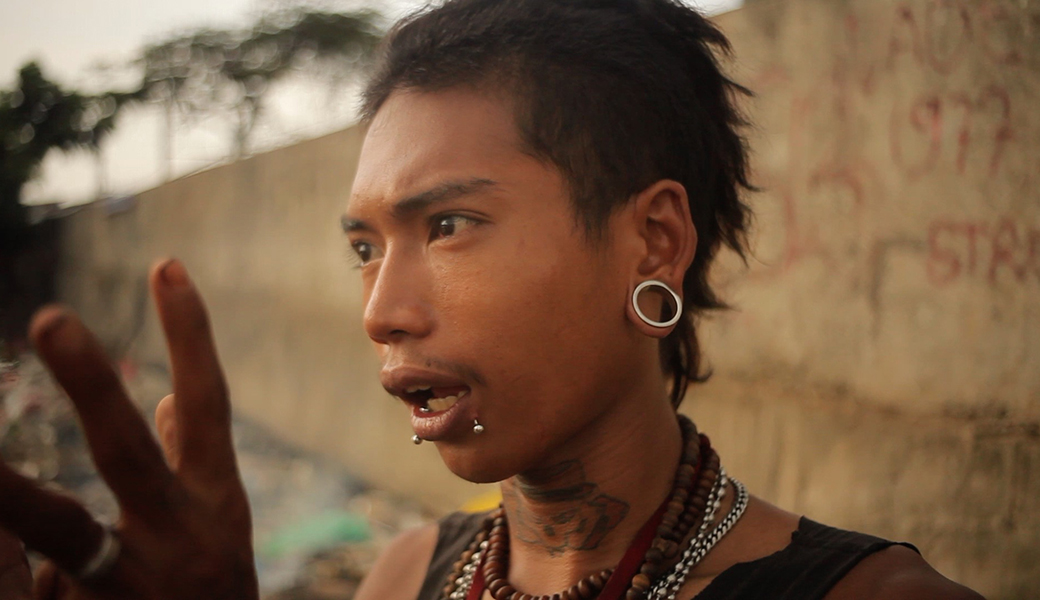 It’s funny to think there was a time rock music really scared people. From the swinging, impregnating hips of Elvis Presley to the church-bothering gospel of Marilyn Manson, loud music caused quite a tizzy in some communities.

A Punk Daydream is an ‘ecological documentary’ about tattoo culture in Indonesia. In modernity, tattoos are associated with the punk community in the country, and to be inked is to willingly segregate yourself from decency itself. Eka, the documentary’s focus, has been cast out by his parents for his tattoos and his adherence to punk. He’s a good kid, if somewhat wayward. He has the dyed hair, the tattoos, and an angry soundtrack, anathema to Indonesia’s prevailing way of life.

Historically, tattoos were associated with the country’s tribes. These tribes are no longer secure, living on the edge in a world that isn’t compatible with their lifestyle. One member says that ‘everyone is rich’ because in the city you need to be able to afford certain luxuries. Out here in the forest, there’s enough of what is needed for everyone.

Punk culture has always found familiarity with the oppressed. In the west we associate it with class war and the dispossessed. Indonesia, consciously or not, has a punk community linked to its country’s tribes through tattoos. Where once tattoos were signifiers of identity, now they’re dismissed as scary. A culture has been robbed of its practices, demonised by some other thought.

The punks and the tribes are forgotten about, but like some other films at the Edinburgh International Film Festival (Dirt Road to Lafayette, My Name is Myeisha), a very specific kind of music brings comfort through identity and shared customs. Mosh pits and dingy venues exist in Scotland, and for similar reasons of community too, but in Indonesia’s case their mere existence is a protest against the treatment of those who partake.

I found A Punk Daydream to be a sad watch. Documentaries tend to have an arc, but here we see people with a future that’s seemingly set in stone. I write as someone from a rock music subculture myself, and know how steadfast people can be in their morals. For Eka and his friends, tattoos aren’t really an option. It’s a lifestyle they have opted into because they believe in it wholeheartedly. All the power to them: they’re fighting a war to change minds. 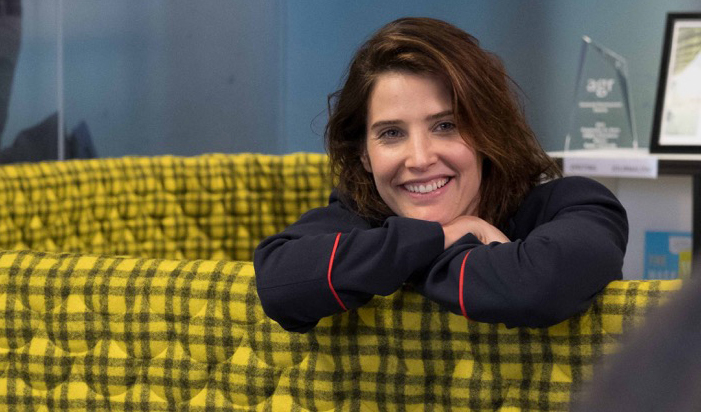 If Spotify has been great for one thing, it’s rediscovering all of those bands you’d forgotten about when your scene was at its peak. Not every Britpop band was an Oasis or a Pulp or an Ocean Colour Scene. Some came and went, and such is the case in Songbird, effectively a Cobie Smulders vehicle about a ‘90s musician enrolling in university after her band dissolves.

Smulders’ Joanne is an often-irritating person to spend a film with. Her band, The Filthy Dukes, did alright a couple of decades ago, but she hasn’t left the rock star swagger behind. She’s an extroverted playful person – a big kid – who can’t help but rub the adults up the wrong way. Pete, a worker at the university, is cursed to encounter her again and again, until they begin to find a common ground. His unassuming, submissive personality is endearing to her, but to him, she’s a lot.

Smulders is a big presence here. She plays Joanne to the hilt, but she also looks like a rock star in a small town. It makes the dynamic between her and Pete oftentimes unbelievable. He seems scared of his own shadow and spends a lot of Songbird storming away from Joanne after she goes too far (for him). The university part of the plot largely side-lined, this is a film about coming to terms with a new reality and the people around you. It’s a coming of age film, but after not having had to grow up until deep into your 30s.

FILMSPACE AT EIFF: Dirt Road to Lafayette, What Will People Say, My Name is Myeisha

There’s something of a wish-fulfilment to it too. Pete’s an unassuming guy in an unassuming job, of an age similar to most people who lived Cool Britannia as it happened. Suddenly, here’s a Britpop goddess who takes an interest in him, and he’s the one dilly-dallying due to his anxiety. The core audience for this film is going to be Petes, who would likely trip over themselves if, say, Charlotte Hatherley came into their work.

It’s impressive to think Songbird was filmed in less than a week with largely improvised dialogue. Arguably it shows, since a little editing of character extremes – both Joanne’s exuberance and Pete’s passivity – would have helped make them both less frustrating to be around. It’s at its best when Joanne is coming to grips with past mistakes. She’s not someone with many regrets, but as the film progresses there’s a realisation that it’s never too late to make a change. With the film’s short production, it’s tempting to think it needed a little longer to be anything other than a work-in-progress, but maybe that’s the point. Songbird’s characters are works-in-progress too, and a little ramshackle delivery never hurt anyone.