Film critic Calum Cooper briefly got to speak to comedian and YouTube star turned director, Bo Burnham, on the red carpet to discuss his debut feature, Eighth Grade, a charming, deeply empathetic examination on teenage angst and social anxiety. Below is the transcript of Calum’s questions, and Bo’s answers. 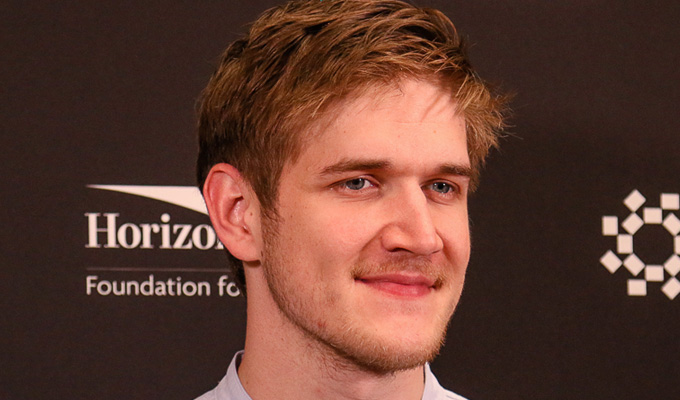 Standing outside the Glasgow Film Theatre, the Glasgow Film Festival organisers directed Bo to Calum, as he was the last of the interviewees to speak to Bo before the first public screening of his film.

Calum: Thank you. I saw the film last night and I thought it was absolutely terrific.

Bo: Aw I appreciate that.

Calum: What I loved about it especially was how organic the [main] character felt. So I was wondering if you could tell me a bit about the writing process, and how this character came to be.

Bo: Well it really was just based off of the sort of girls I was seeing on YouTube making Vlogs and things. The entire film is sort of trying to adapt the media the kids are making about themselves, and posting themselves online. It really came from the way kids were expressing themselves online, self-publishing their own content. I found it to be much more naturalistic than the search for characters on media. I wanted to make someone as natural as who I was seeing online.

Calum: Beforehand you were a stand-up and a YouTuber. How much of that was integrated into the script and the thought process whilst making the film?

Calum: I was wondering, if you had any advice to give to a young person who wanted to go into writing and directing, what would that advice be?

Bo: I mean, start writing and start directing you know. You don’t have to wait for some sort of arbitrary level of success to call yourself a writer or a director. I waited so long, thinking “oh, once I get to some strange point then I can start enjoying myself”. The great thing about the creative process is that you can start enjoying yourself. I’d say just start.

Calum: And with that I’ll let you get to your screening. Thank you very much for speaking to me.

Bo: I appreciate it man. Take it easy.

You can read Calum’s full review for Eighth Grade here.