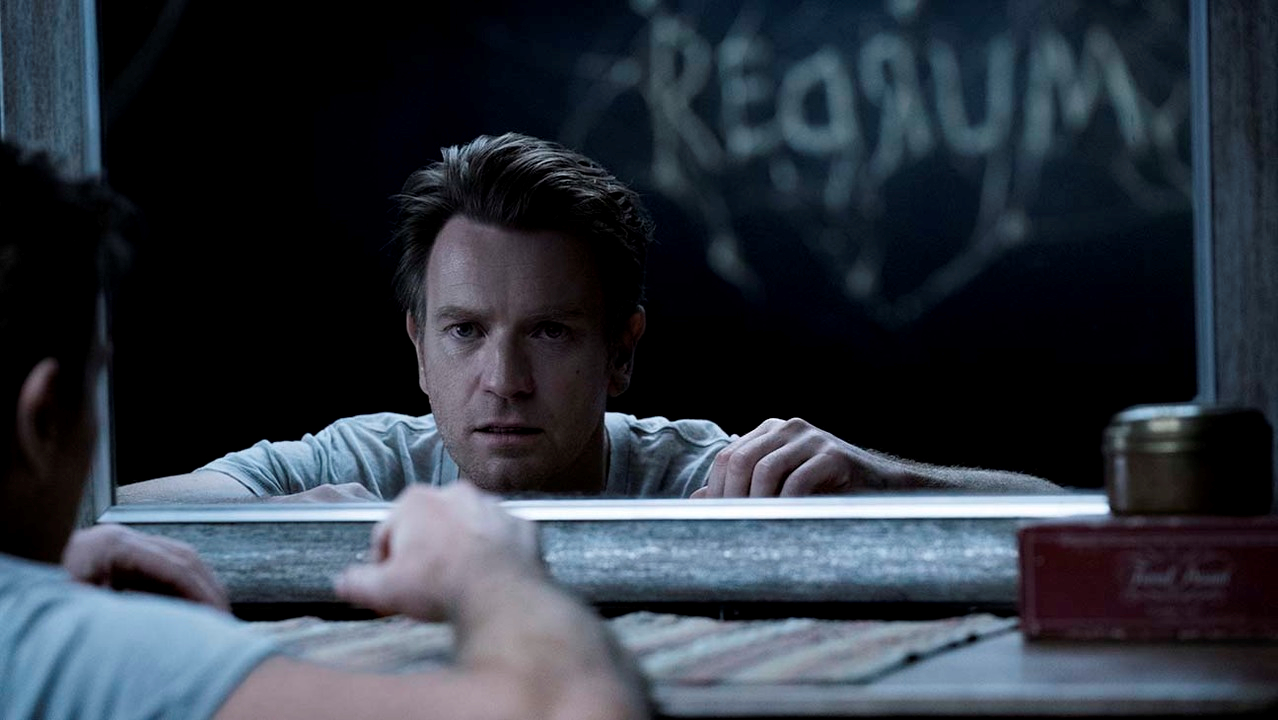 Film critic Calum Cooper reviews the sequel to the horror classic The Shining, which proves to be another eerie addition to Mike Flanagan’s filmography.

Mike Flanagan has made an enormous impact on the horror medium over the past five years. From the ambitious Oculus to the success of The Haunting of Hill House, Flanagan is a filmmaker that is confident and skilled in his tinkering of the genre. In adapting Doctor Sleep (his second Stephen King adaptation after Gerald’s Game), Flanagan has achieved a rare feat. He has melded the styles of both King and filmmaker Stanley Kubrick to fit squarely into his own, creating a chilling sequel that comfortably stands on its own two feet.

Doctor Sleep served as a sequel to one of King’s most recognisable works – The Shining, which was adapted to cinema by Kubrick in 1980, a film that King hated but everyone else regards as a classic, myself included. Set 40 years after The Shining, Dan Torrance (Ewan McGregor) has been living in the shadow of his father’s actions, having now spent a number of years as a recovering alcoholic. He still has his psychic power (called The Shining), but he keeps it to himself.

This must change when he forms a connection with a young girl across the country. This girl, Abra (Kyliegh Curran) also possesses The Shining, but her powers seem uniquely developed for her age. So developed that they attract the attention of Rebecca Ferguson’s character and her entourage – a mysterious group of cultists that feed on psychic youth. Realising the imminent danger Abra is in, Dan makes his way to her, finding that he may have to confront his past figuratively and literally in the process.

Doctor Sleep accomplishes something that I confess I thought was not possible: it unites King’s and Kubrick’s visions for The Shining in a way that is both assured and deeply immersive. It’s yet another great addition to 2019 horror movies.

What makes Flanagan’s work so great is his uncanny ability to tap into commonly shared fears, and then stretch them to horrifying lengths. It’s what makes him such an ideal choice for adapting King’s book, seeing as author and filmmaker alike share in this style. Doctor Sleep examines concepts of death and the illusions we conjure for ourselves to make life more bearable, or even to evade the inevitability of death.

Many of the characters strive to prolong their lives or find ways of drowning out the horrors around them. In Dan’s case, he relied on alcohol to supress his memories and fears. While he is now on a path to soberness, he still locks out his shining and avoids even thinking about his powers if he can. He is in such denial about a key detail of himself that he blocks it out however possible. Meanwhile, Rose and her team are so desperate to avoid death they would hunt down and take the lives of children for the purposes of preserving their own. The only person who doesn’t fear this is Abra, who connects Dan and Rose’s arcs through both her youthful naivety concerning her powers, and her natural confidence when it comes to morality. She is the strongest character in the film in more ways than one, perhaps most of all due to Curran’s stellar debut performance.

The craftsmanship on display assist these ideas in various ways. Flanagan personally edited the film, and the way he blends the woes of reality with the horrors of illusionary visuals is as ominous as it is strangely addictive. It is an atmospheric piece that leaves you entranced by the strangeness of its imagery and the complexities of the emotional discourse. Even some of the background figures and set pieces add to Flanagan’s explorations. For example, when we first meet Abra as a teenager, the camera lingers on a shot of one of her several figurines – the character of Emerald Sustrai from Rooster Teeth’s RWBY, an antagonistic allusion to Aladdin who has the power to induce hallucinations in her foes, not unlike the Shining itself. It suggests that Abra is the only one who is in control of her own reality, when everyone else’s idea of reality is either skewered or personally falsified, whether for the purpose of power or security.

But it is Flanagan’s empathetic direction and understanding of the characters at the heart of the story that makes the film so engrossing. Dan is a broken character who has spent years trying to figure out how to overcome the horrors of the past. Alcohol and denial are his tools to suppress his anxieties rather than face them, which is what he must eventually do when the film decides to step away from King’s material and into Kubrick’s. Flanagan never judges Dan, but nonetheless uses his talents to showcase the power of acceptance. Dan works night shift at a nursing home, where a cat sits on the bed of the person who is next to die, a blunt but effective reminder that accepting reality takes much more courage than conjuring a bearable illusion. Only with acceptance can you begin overcome your past trauma, a very fitting theme for a sequel to one of the most iconic horror films ever.

All that said, this is a long watch at two and a half hours, a length that I’m not so sure is entirely justified. It doesn’t drag per se, but it definitely feels bloated at times. The final act will likely divide some audiences, seeing as that is where the most significant changes to King’s book are made in favour of Kubrick’s previous film. I personally really dug it, and thought it melded with Flanagan’s vision splendidly, but I wouldn’t go in expecting the purist of adaptations. Then again, Kubrick’s take on The Shining was drastically different in places too.

Doctor Sleep accomplishes something that I confess I thought was not possible: it unites King’s and Kubrick’s visions for The Shining in a way that is both assured and deeply immersive. It’s yet another great addition to 2019 horror movies. With stellar performances, magnificent imagery, a terrific atmosphere, and well thought out themes, Doctor Sleep may not reach the heights of its predecessor, but it’s a more than worthy follow up.