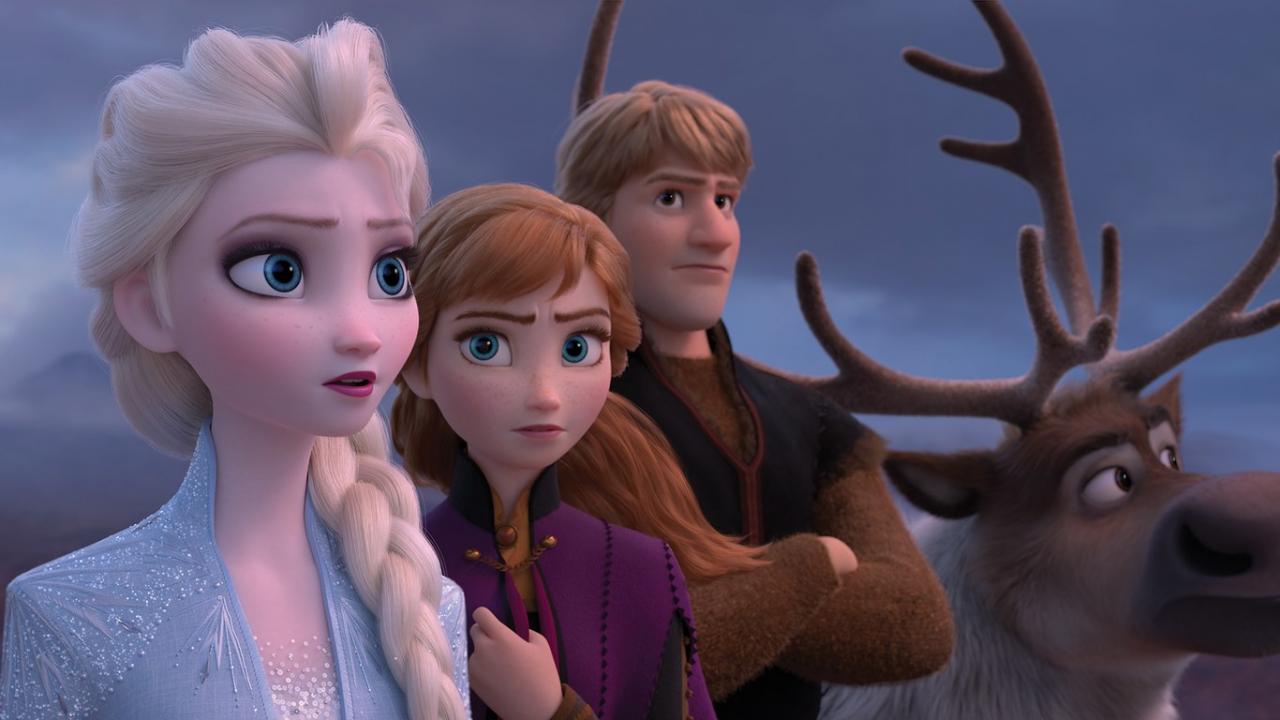 Film critic Calum Cooper reviews the sequel to Disney’s mega-hit Frozen, a follow-up which has heart and wisdom to spare on top of its musical euphoria.

Frozen II marks a rarity among Disney sequels: not just as one of the few theatrical follow-ups, but as a film that gorgeously and acutely embodies the immaculate, musical heart of its predecessor, while also sharing ideas of its own. 2013’s Frozen is perhaps the most recognisable title to come out of Disney animation since The Lion King, and for good reason given its spellbinding music and clever inversions on classic Disney tropes. The sequel, while not as captivating, once again entertains with themes and music that accompanies its autumnal look immensely.

Set a number of years after the original, Queen Elsa (Idina Menzel) and her sister Anna (Kristen Bell) have been ruling the kingdom of Arendelle as best they can. Elsa is in better control of her ice powers, and Anna is blissfully unaware of Kristoff’s (Jonathan Groff) plans to propose to her. When Elsa hears an omnipresent voice calling out to her, the sisters recall a story of an enchanted forest that their parents told them of, one that inhabited a tribe of people who worshipped the elements as magical entities.

Initially avoidant of the mysterious voice, Elsa and Anna take action when nature itself turns against Arendelle, forcing the citizens out of their homes and into the wilderness. Together with Kristoff, the reindeer Sven and the snowman Olaf (Josh Gad), the sisters set off to find this enchanted forest, a place that may hold the answers not just to Arendelle’s new threat, but to the origin of Elsa’s powers.

Change is on the characters’ minds in Frozen II. They are getting older and wiser, but remain cautious on the subject of change. Some have grand ambitions for the future, while others want the present to remain in order to avoid repeating the mistakes of the past. But it is the past, the mistakes it contains, and the mysteries it still holds that sets off the film’s chain of events.

Using this as a platform, Frozen II finds itself exploring the past and the implications it can have on the present at future. Namely that of colonialism and climate change, two topics that are of major concern in the contemporary world. It’s a film that revels in the balance between humanity and nature as well as that of neighbouring communities and habitats. As nature fights back, and revelations concerning previous monarchs of Arendelle come to light, Anna and Elsa must consider the best way to move forward, or whether their actions, magical or otherwise, will be enough to undo possibly irreversible mistakes.

And what better means to project such ideas than with these characters? Elsa is one of Disney’s most interesting characters due to the internal struggle that comes with her powers. The first film was an allegory for self-acceptance and how open love was better than closed doors. Elsa has since embraced this and as such is much more in tune with herself and her powers. But the past still holds significance for her. How could it not after everything preceding and including the first film? She has accepted herself, but this journey is as much about protecting her people as it is finding out her place in the world, in order to prepare for an unknown future.

This sentiment applies to Anna too, who does not want to lose Elsa to her powers or the perils of the journey. As the sisters set off to set right the actions of past generations, Anna must face her own sense of loneliness before she can think of how best to lay the foundations for the future, a feat she must accomplish with and without her sister. Their chemistry is as strong as ever, and their voice actors maintain both the heart and charisma of this delightful duo. The supporting characters, namely Kristoff, Sven and Olaf, are unfortunately side-lined to comic relief mostly, and therefore somewhat arbitrary, but anything involving the sisters is as strong as ever, who in fairness are the focal point.

Frozen II marks a rarity among Disney sequels: not just as one of the few theatrical follow-ups, but as a film that gorgeously and acutely embodies the immaculate, musical heart of its predecessor, while also sharing ideas of its own.

The animation and colour scheme accompany this splendidly. Where the first Frozen was ironically a summer film, this one takes place in autumn, a season personified by change. The setting and season are elegantly realised in their presentation. While a selfish side to myself misses the classic 2D hand-drawn style of animation, the 3D CGI is utilised marvellously. The colours dazzle, the landscapes astonish in their scale, and the magic on display makes effervescent spectacles of the music, the action, and the emotional core of the film.

Yet, much like its predecessor, the music is a defining feature. There sadly aren’t as many memorable or catchy tunes as the first, but the ones that stand out rival the raw power of the original. What makes the songs so stunning is that, like before, they serve as deeper insights into the themes and the characters that sing them. They’re not just for show, although many are enjoyably flashy too. ‘Into the Unknown’ will likely be the sequel’s equivalent to ‘Let it Go’, but I think the true substance of the film lies in the song ‘The Next Right Thing’, which is sung during the film’s lowest moment. It is empowering and inspiring, woven subtly into the melancholy of the tune. It is a song which encourages the listeners, in this case mainly children, to take charge of their own future, however unknown it may be, and to not be afraid of whatever change may come. It’s effectively the film in a nutshell, and if that’s not an important message for the youths of the contemporary world then I don’t know what is.

The star rating I’ve gone for is 3 out of 5, but realistically I’m more of a 3.5 out of 5. Frozen II is at times meandering, and, while reasonably funny, sometimes uses comedy as a crutch a few too many times when its thematic potential is strong enough on its own. But this is a sturdy and worthy sequel to one of Disney’s finest films, especially given the rather unfortunate track record of most Disney sequels. My sincerest apologies to parents all over the world who will have to relentlessly hear the songs on repeat for weeks on end. But let’s face it: if children have to be obsessed with a franchise I would rather it was something as thematically rich as Frozen then something less desirable.