Film critic Calum Cooper reviews the upcoming Parasite, an extraordinary South Korean film that has been winning awards across the world. 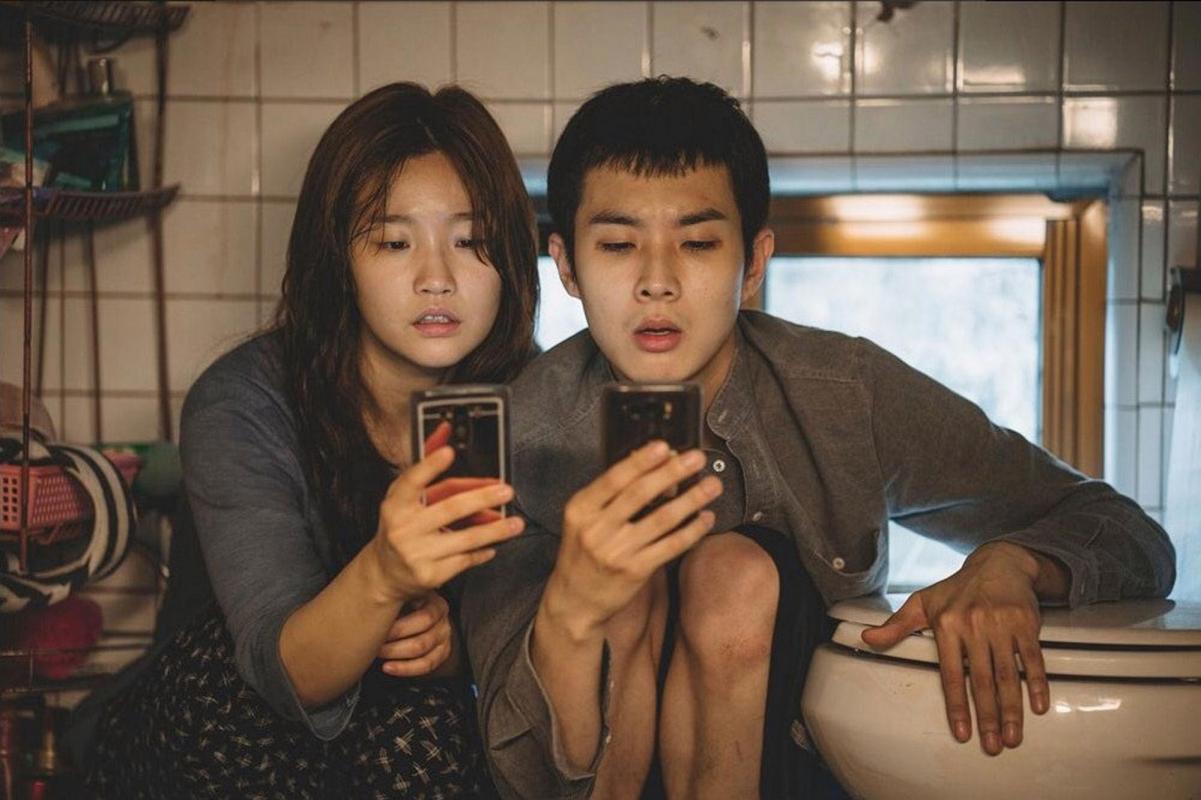 Bong Joon-Ho’s Parasite has had the most astonishing winning streak of recent cinema. Since unanimously winning the Palme D’Or at Cannes 2019, the film has gone on to win over 150 other awards across the globe, and is poised to win more at the Oscars this week. It has been a runaway hit with critics and audiences alike. The film finally played in Glasgow this week, and it not only lives up to the hype, but continues for another country mile. Parasite is one of the best films to grace the 21st century!

Our main characters are the Kim family – father Ki-Taek (Song Kang-Ho), mother Chung-Sook (Chang Hyae-Jin) , son Ki-Woo (Choi Woo-Shik), and daughter Ki-Jeong (Park So-Dam). They live in a tiny semi-basement house barely two rooms big. They are so poor they have to hijack neighbouring WiFi for their phones, yet they hold on to the notion that hard work will get them out of poverty. After all, both Ki-Woo and Ki-Jeong have skills in the creative fields.

An opportunity arises for Ki-Woo when a friend asks him to take over as an English tutor for an upper-class family, the Parks. Ki-Woo protests, for he does not have a degree. “So fake it”, says his friend. And fake it Ki-Woo does. With clever photoshop, and impressive acting, Ki-Woo finds himself becoming a valued member of the Park family with his tutoring. A complex plan forms, and, slowly but surely, the Kims start integrating themselves into the lives of the Parks. But that’s when the narrative twists begin.

What makes Parasite so compelling isn’t just its brilliant characters or stellar production, although both are so. It is its commentary, specifically its scathing critique of modern capitalism. Class and social division are themes Bong has tackled before, such as 2013’s Snowpiercer, where the idea for this film first originated. But through marvellous production, terrific performances, and nuanced direction, Bong Joon-Ho takes a South Korean story, and gives it a loud enough voice to be heard by the entire world. With films like this, borders cease to be relevant.

The architecture of the two different homes are characters in their own right; stairs being visuals metaphors for status. The Kims effectively live underground, a stairway down being their only entrance. Meanwhile, they have to ascend meandering hills and opulent staircases to reach the Park family, crystallizing the status of wealth. If you want a good life and fortune then you have to climb to the top. This is an ideology the Kims believe, with a scholar’s rock Ki-Woo is gifted serving as another metaphor, and yet it is so inherently flawed. The Kims’ infiltration of the Parks’ home is nothing short of genius, but, as the film unfolds, it still may not be enough to free them from their poverty.

Yet Parasite is not a black and white story of good poor people and terrible rich people. The waters are muddied through a mixture of action and attitudes displayed from the various characters. The Kims are technically breaking the law, but, since we see how dire their situation is, we greatly empathise. Meanwhile, the Park family appears to be friendly enough, if not the most aware. But as Chung-Sook says, “They’re nice because they’re rich.” How they obtained this wealth does not matter, for they are an aspiration of which the Kims may never be able to reach, especially when something as common as the weather can affect this. One of many phenomenal moments includes a rain storm, which is seen as inconvenient to the Parks, but disastrous to the Kims.

Through marvellous production, terrific performances, and nuanced direction, Bong Joon-Ho takes a South Korean story, and gives it a loud enough voice to be heard by the entire world.

There is a degree of unpredictability to Parasite that elevates its merits. It is regarded as a Black Comedy Thriller, and its tone certainly matches. There is a good-natured, if morbidly dark, sense of humour woven into the script. The setup is, after all, as absurd as it is brilliant. But when new plot points appear, the film goes from an exciting comedy into a deeply suspenseful thriller. The second half of Parasite is scarier than most horror films. Not only does it reveal the shockingly cyclical nature of poverty under modern capitalism, and its imperviousness to succeeding generations, but it places the Kim family in a distressing situation that can only end in tragedy. As Hitchcock once said, the terror does not lie in the bang but in the anticipation of it.

All of this is achieved via the absolute best of all filmmaking realms. The performances from everybody are extraordinary, melding flawlessly into their roles. Song Kang-Ho is who I would single out if I had to, but this really is an ensemble work that benefits from everyone acting off each other. The cinematography and set design are striking, and the special effects are so subtle that I struggled to spot them. The script is as tightly constructed as it is intricately layered, juggling suspense, comedy, and melancholy with social commentary worthy of Ken Loach. And tying it all together is Bong’s miraculously layered, empathetic, and thought-provoking direction, which invites and then traps us in the world of this film, leaving us with nowhere to go as the story goes from its sombre opening to its devastating final shot.

Frankly, I do not think Parasite puts a foot wrong in either of its thematic or narrative capabilities. Whether you want a dark comedy, a suspenseful drama, or hard-hitting commentary, the film delivers on all fronts and more. Those who worry about reading subtitles, as someone who doesn’t, need not to. Not since Pan’s Labyrinth have subtitles merged so seamlessly with the picture. Yet that is only the tip of the iceberg when it comes to the utterly entracing eminence of Parasite. I predict that decades from now it will still be regarded as one of the finest cinematic entries of its time. It is just sheer brilliance!