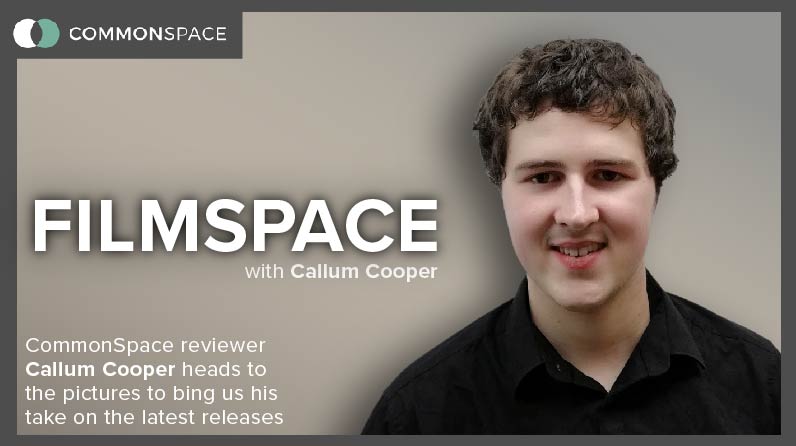 Film critic Calum Cooper takes a look at some of the past week’s additional releases – The immensely important The Miseducation of Cameron Post, the immensely boring The Nun; and a pleasant surprise from Leigh Whannell, Upgrade

“How can programming someone to hate themselves not be emotional abuse?”

This is a question that Cameron Post (Chloë Grace Mortez) poses to an investigator after an incident at God’s Promise, a gay conversion camp that Cameron is sent to after being caught having sex with her best friend. While there she must deal with strict rules from the sibling councillors, and a drastic conundrum in which she falls into confusion and self-doubt over her sexual preferences. Thus we have a tremendous coming-of-age film that conveys important messages to its viewers.

It’s great to see LGBTQ+ films becoming more mainstream, with the delightful Love, Simon earlier this year, and Boy Erased about to be released. However, there are still serious lessons that some audiences need to learn so that the bridge towards equality can continue to be crossed. Cameron Post tackles this head on via its setting, targeting a controversial practice from the 1990s, one that’s unnervingly seen renewed interest via members of the American administration, and using it as a springboard to reveal that friendships and love should always triumph over systematic fear and hatred.

Although the film makes its stance on gay conversion therapy abundantly clear, it never forgets the characters’ humanity. The film does a good job developing Cameron and her fellow campers, as the audience sees the situation primarily through Cameron’s eyes, gleaning information as she does. But this goes beyond those subjected to the camp’s customs. Jennifer Ehle and John Gallagher Jr. play the camp councillors, one of whom was supposedly “cured”, but they’re not portrayed as loathsome monsters. The film rightfully criticises their actions, but showcases that they genuinely believe they’re doing good, revealing that ignorant delusion can be as harmful as rambunctious hate.

It sounds like heavy stuff, and it is. But, thanks to Desiree Akhavan’s direction, the film maintains a tenacious spirit, and even light-hearted comedy when it’s appropriate. It’s a bittersweet film with a strong main character and central performance who comes to find her true family and self, despite being constantly told that she’s wrong to think and feel the way she does. Scenes of shaky cam and dark lighting around Cameron’s face during her lowest moments, such as a phone call to her evangelical aunt, emphasise her self-doubt, but gradually disappear as she comes to learn that she’s done no misdeed. Watching her find her way through the emotional strive is uplifting, but also harrowing as she never should have had to go through it in the first place.

Add it all up and what we have is a coming-of-age tale as emotionally resonant as it is brutally important. Well-crafted and intelligently sensitive when dealing with its themes, The Miseducation of Cameron Post is a vital new addition to cinema, and a welcome return to form for Chloë Grace Mortez.

Modern horror films have seen a spike in improvement in recent years. Films like The Babadook, It Follows, The Witch, Under the Shadow and Hereditary have all shown audiences how horror can heighten the senses dramatically by immersing us in overwhelming dread. The Conjuring films have had this same effect, but their spin off films (Annabelle and Annabelle: Creation) have ranged from dull to decent respectively.

The Nun suits the former adjective.

Based on the spirit of a creepy painting from Conjuring 2, The Nun sees Father Burke (Demián Bichir) and Sister Irene (Taissa Farmiga), who has yet to take her final vows, travelling to a supposedly haunted abbey after a nun’s graphic hanging in the film’s opening. Unsurprisingly, there’s an evil spirit lurking around disguised as a nun. But as for what her ultimate goals are, I honestly can’t tell you. Aspirations are scarce, as most of the film contains people walking around dingy hallways at night, with a bloody transmutation circle and aggressively loud bangs as things jump out on screen. It’s so narratively scattershot that you leave the film knowing as much about the titular entity as you did going in.

Movies like The Nun frustrate me as they’re not unsalvageable. It’s not like, for example, Slender Man, which had almost no chance of working and was terribly made to boot. The Nun has at least some understanding of how horror works. But, like other bad horrors, it operates under the misconception that jump scares are inherently frightening. They’re not. They’re startling. There’s a difference.

Do you jolt? Sometimes. But nothing lingers. The “scare” is over as quickly as it began. The film can be atmospheric at times with how it sets up a shot or plays around with its imagery, yet it keeps going back to this lazy technique. Since half the scares are false anyway, it soon becomes infuriating.

There’s not much else to distract us from its flawed logic or uneventful plot. The characters are boring and the choice of murky lighting was taken way too far. I may as well have been watching the film with drunk goggles. And then there’s the comedy. Our leads team up with an annoying local who everyone calls “Frenchie.” It later turns out that he is, in fact, French-Canadian. Har har har.

The performances are fairly solid, and casting Vera Farmiga’s sister in the lead was a smart choice given the former’s role in the Conjuring films. Still, the movie is a chore overall. It’s too complacent to be consistently eerie, and it’s not interesting enough to maintain attention spans.

The movie isn’t so bad that it requires an exorcism, but audiences may still feel the need to repent… assuming they can remember what they’re repenting for.

Set in a futuristic dystopia that feels like the suburbs to Blade Runner’s Los Angeles, Logan Marshall-Green plays Grey, a man who prefers to work things manually in spite of a technologically driven society. He doesn’t care for screens or robots as he prefers getting his hands dirty. This changes however when he suffers a horrific ordeal. His wife is murdered and he is left paralysed. Thanks to a tech wiz, he’s eventually implanted with a chip called STEM, which gives him the ability to walk again, but can also take control of his body to partake in certain schemes… such as hunting down the people who murdered his wife.

It’s a rather run of the mill revenge story on paper, but the way it blends sci-fi elements into this common narrative is a welcome mix up, particularly since the central character is very well written. His mistrust of technology and how he must work with it creates some tense and disturbing moments for him and the viewer. This includes a scene where he allows STEM to use his body in order to torture someone for information. As STEM cuts and he watches in horror, one half of his face is bathed in red, and the other in blue, visualising the internal confliction he faces. It’s clever stuff, and Logan Marshall-Green keeps getting better with every film.

“It’s a rather run of the mill revenge story on paper, but the way it blends sci-fi elements into this common narrative is a welcome mix up.”

The action is also a lot of fun. The sci-fi addition to its story allows it to meddle with such concepts as arm cannons and self-driving cars, but the choreography, and especially the fluid camera movement that follows Grey’s swings and kicks, is inventive and kinetic. It’s easy to get sucked into its gritty edge, particularly when it comes to its theme on how reliant we are on technology. Has it reached a state where it controls us more than we control it? One may not wish to know the answer.

It does falter in places: the supporting characters are generic and the villains, while somewhat motivated, merely serve the role the plot requires them to. The film also dabbles more in being a sci-fi action piece, meaning that its provocative central theme isn’t explored all that much, outside of a few scenes and its fantastic twist ending.

Nonetheless, it offers plenty stylish filmmaking and fantasy escapism. Take it for what it’s worth and Upgrade is 100 minutes well spent.