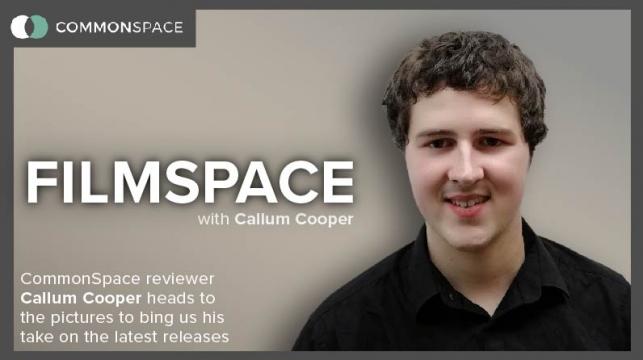 Film critic Calum Cooper takes a look at some of the past week’s additional releases. Not the greatest week for him, as he was left livid with The Predator, underwhelmed by King of Thieves, and somewhat disturbed by Sierra Burgess is a Loser.

The Predator is juvenile, testosterone pandering garbage. It’s cinematic vapour that doesn’t know what kind of film it wants to be, never mind how to present itself. It’s a nasty experience that’s poorly crafted and leeches off the worst of nerd culture.

Serving as another sequel to the original Predator, the plot is surprisingly difficult to summarise. I’m even reading through the Wikipedia summary as I write this, and I’m still not confident. It makes absolutely no sense. Let’s just say a Predator comes to earth and a hodgepodge of grating characters band together in a loud and obnoxious effort to stop it.

There are claims circulating that the director, Shane Black, wanted to make one kind of film and the studios another. I could believe it. It feels like Black wanted to make a B-Movie style of Predator film. Dark tongue-in-cheek comedy is what he excels in after all. But the studios seemed to desire a mindless action movie. They might’ve succeeded if they’d remembered to include charm or creativity.

None of the comedy or drama works beyond a slight chuckle for the characters have no charisma. They’re not people. They’re immature extensions of singular traits. The main character (Boyd Holbrook) is thankfully just stock, but his squad members fit this description far too well. One is Irish, two have a corny bromance, one has PTSD, and the assigned comic relief has Tourette’s syndrome.

What rich humour this movie bestows upon us.

It’s a deplorable, cringe-worthy geek show made only for the banal fantasies of undemanding nerds, and little boys who can’t get into the cinema due to the 15 certificate.

Disregarding how tasteless some of this stuff is, because none of them have any real substance outside of Holbrook’s recycled family matters, they’re all collectively insufferable. Olivia Munn is allocated to the token female (her treatment from the men is embarrassingly misogynistic) and Jacob Tremblay plays Holbrook’s autistic son, another sensitive topic shamefully mishandled. These are all very talented actors given zilch to work with.

Since none of the characters have arcs or layered personalities, the story feels unnatural and the dialogue feels stilted and forced. It’s nothing but one liners, annoying humour, and so much swearing, not for any artistic reason, but just because they can. That’s what the cool movies do right?

We could’ve at least counted on the action to distract us if it had offered even the illusion of entertainment. Instead the action employs the same cheap tricks that you’d find in a Michael Bay film – shaky cam, terrible CGI, and men screaming as they brandish and use their oversized firearms. Compensating much? We can barely appreciate the impressive Predator costume or the decent acting as the film is too busy bashing us over the head with its adolescent crudeness and sloppy lack of flair.

Featuring none of the suspense of the original Predator, nor the ingenuity of Black’s other films, it makes Jurassic World: Fallen Kingdom look like Jaws. It’s a deplorable, cringe-worthy geek show made only for the banal fantasies of undemanding nerds, and little boys who can’t get into the cinema due to the 15 certificate. It’s really, really bad!

I’m a huge of fan of Shane Black (The Nice Guys was my favourite film from 2016), so I hope he bounces back from this. After Scott and I have decided our worst films of the year I’m going to pretend this never happened. I advise that Black does the same.

King of Thieves is another film that unfortunately can’t decide what movie it wants to be. Here’s hoping this isn’t a recurring theme for today’s piece.

Based on the infamous Hatton Garden Robbery of 2015, the film details the conduct of the elderly men who committed the crime. Played by veteran actors such as Michael Caine, Jim Broadbent and Ray Winstone, the film showcases their planning, the heist itself, and the recklessness that led to their arrests. Sounds like a decent three act structure in place. But the narrative isn’t the problem. It’s the tone and characters.

The film switchs tonal gears at an alarmingly sudden rate. At times it seems to be attempting light-hearted comedy. The banter between the characters can sometimes be funny, and the inclusion of footage from other robberies, while strange, does add a touch of a romanticised past that the characters are reflecting on. But there are only so many jokes you can make that have the same punchline. In this case it’s that they’re old, which isn’t even that big a laugh to begin with.

READ MORE FROM FILMSPACE: The Miseducation of Cameron Post; The Nun; Upgrade

Other times however, the film tries to be a serious drama or thriller. Once the heist itself has been pulled off we see the men slowly let their greed take over. They start to mistrust one another, never fully aware of just how much they’ve snagged. This can and has worked before, but it doesn’t here.

The film seems to be going for the old men feeling left behind by society angle, which makes sense, but I don’t think the script was strong enough to truly convey this. Outside of Michael Caine, we don’t see any of them as anything more than basic criminals. They never seem to have much motivation, or hold any real regard for others, so they never come off as fun or tragic. They just behave like entitled old farts.

It’s unfortunately kind of boring overall. Heists are inherently thrilling, but with its confused tones, the film never really hooks you. To be brutally honest, I’m forgetting what happened as I type this.

There are some good qualities – the acting, especially from Jim Broadbent, is all top notch – but it isn’t really worth it when all is said and done. Glorifying criminals is already seen as a problematic setup by some, but they could’ve at least made it more engaging than this.

Sierra Burgess is a Loser is as awkward as its title. It’s particularly frustrating as I can see a version of the film that I would’ve personally really dug. But it’s far too contrived for its own good.

It’s a Netflix Original that serves as a modern retelling of Cyrano de Bergerac, which might explain the movie’s numerous references to literary works and authors. Shannon Purser of Stranger Things plays Sierra, an aspiring writer who hates her appearance and is bullied by the popular Veronica (Kristine Froseth). When Jamey (Noah Centieno) approaches Veronica and asks for her number, she gives him Sierra’s number instead as a prank. He texts Sierra, thinking she’s Veronica, and an unlikely communication begins as Sierra assumes Veronica’s identity. Realistically she would’ve simply said wrong number, but then we wouldn’t have a movie.

Falling for Jamey, Sierra forms an unlikely alliance with Veronica – one where they can tutor each other in flirting and academic respectively. It’s a pretty flimsy setup. Numerous scenes ensue of the two girls trying to fool this innocent guy into thinking that he’s talking to someone else. Each are as forced and borderline disturbing as the next.

A lot of the film’s problems come from its screenplay. The acting isn’t very good overall, but it’s not their fault. Their characters are mostly extensions of clichés, and the dialogue is riddled with pop culture references that will date the film horribly in the future. Its messages can be seen from a mile away, the comedy is mostly godawful, and some of the timing is so rushed that it feels like whole scenes are missing.

Here’s the thing though: I actually quite liked the building friendship between Sierra and Veronica. Or at least I liked the theory behind it. Bullies are too often mere one dimensional obstacles for our hero to overcome, so seeing a bully and her victim slowly start to open up to one another and reverse past damages is an incredibly interesting scenario.

Why couldn’t the entire film have been solely about them? Forget about the romance and the creepy fakery and just do a film about a girl and her past tormentor patching things up. It naturally lends itself to comedy and drama, and a good filmmaker could use it to explore deeper ideas of forgiveness and past actions. But instead we’ve got to deal with a painfully formulaic narrative that indulges too much in high school tropes, with mechanical misunderstandings and humour in abundance.

Under a better director with a stronger script, the film could’ve been a lot more. It’s not completely horrible, but it’s a stupid idea that’s predictable and at times uncomfortable. Rom-coms seem to be having a resurgence at the moment, so believe me when I say better options are available. There’s only so far one can suspend their disbelief.