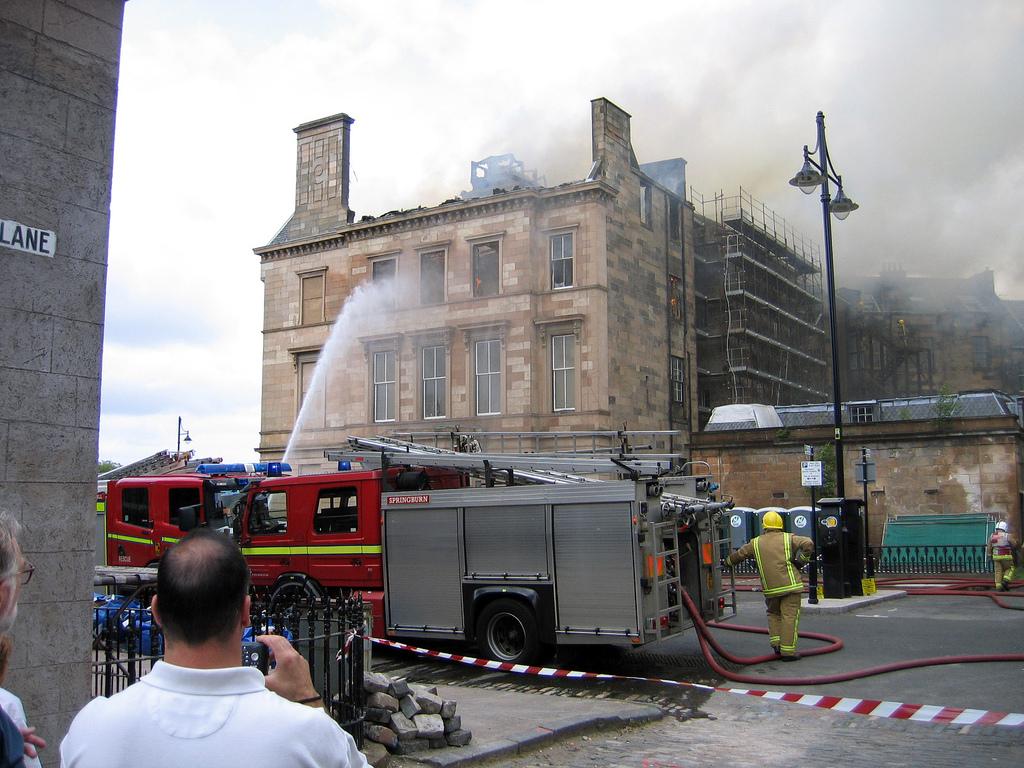 THE Fire Brigades Union (FBU) has said that public safety will be put at risk in Scotland if extra funding isn’t found for the fire service.

The warning came after a new Audit Scotland report into the Scottish Fire and Rescue Service (SFRS) revealed a “significant potential funding gap” of PS42.7m by 2019/20.

A single national fire service was created in Scotland two years ago, and while Audit Scotland said that the merger was handled effectively, the funding watchdog warned that increasing cost pressures and declining government funding means the service is heading for a funding gap of over PS40m by the end of the decade.

Stephen Thompson, Scottish Secretary of FBU Scotland, told CommonSpace that extra funding will have to be found to fill the gap, as further cuts to the fire service would directly affect front-line services.

He said: “The Scottish Government’s merger strategy for the fire service was so that duplication could be removed, which has happened, but further efficiencies will mean cuts to frontline services.

“There has been 400 jobs lost through staff not being replaced when they retire or leave, and that has led to a reduction in frontline staff. Control rooms have been cut from eight down to three – that’s frontline too because they are the first to take the call.”

Thompson said that the PS42.7m figure was “a huge chunk of our budget”, adding: “80 per cent of the budget is on staffing, so cuts would mean losing more staff which would mean an increased risk for public safety and fire safety, it’s as simple as that.”

The report stated that the efficiencies from merging the fire service had no adverse effect on the quality of the service, and SFRS Chief Officer, Alasdair Hay, responded by saying it was “very positive” news.

“By successfully implementing reform we have been able to improve the level of service delivered in our communities, including providing better access to specialist resources, while avoiding any compulsory redundancies,” Hay said.

He added that the SFRS had identified further cuts that would ensure the funding gap Audit Scotland identified was closed.

Thompson said he “agreed up to a point” with Hay’s assessment that merger had “staved off some of the worst effects” of government cutbacks, but did not agree that further cutbacks could be made without having a negative impact on the quality of the fire service, saying that a stripped down service would not reduce the speed of response to fire emergencies.

“The Glasgow School of Art (GSA) fire [which took place in October last year] is an example of what happens if you reduce the ability of the fire service to respond,” Thompson said. “The costs to fix GSA will be about PS30m; if it wasn’t for the speed and weight of response of the fire service that cost would have been about PS300m.”

“So not only would further cuts increase the lack of safety, but it doesn’t make financial sense either to cut back on the fire service,” he added.

Thompson said the Scottish Government “need to take a serious look at how it funds the fire service.”

“Efficiency has been done, there is not really any more duplication that can be got rid of,” he said. “I understand that the Scottish Government has less funding – it is not for the FBU to say how it should find the extra money – but it needs to happen.”