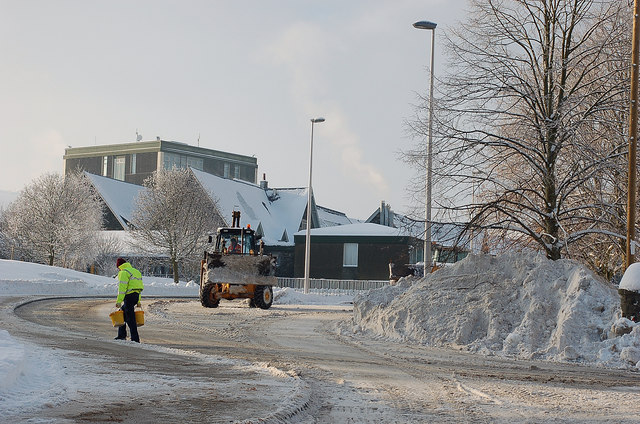 THE MET OFFICE has issued a red alert for snow across many parts of Scotland’s most populated areas on Wednesday (28 February), the first time such a warning has been issued for snow, indicating the highest level of alert for major disruption and possible risk to life.

The chief forecaster’s assessment says areas affected, which include Fife, Strathclyde, Lothian, Central and parts of the Borders, may experience snowfall of up to five centimetres within one hour.

Most public transport will stop completely once the warning comes into effect, and Police Scotland have urged people not to travel.

“5 cm of snow [will fall] within an hour in some places and lying snow reaching 20-30 cm and possibly 40 cm in a few places.” Met Office chief forecaster

The full assessment for the affected areas says: “Snow showers already affecting the area will become heavier and more prolonged later on Wednesday afternoon and at times through the evening and overnight period, with 5 cm of snow falling within an hour in some places and lying snow reaching 20-30 cm and possibly 40 cm in a few places by mid-morning on Thursday. Strong easterly winds will lead to significant drifting of lying snow.”

Read more: Beast from the East: Scots warned to stay at home as disruptive snow predicted

Employers have been advised to send staff home.

“We can’t stress enough that all travel should be avoided unless it’s essential being absolutely necessary and extremely important.

“Police Scotland’s national Multi-Agency Command Centre is coordinating our emergency response across all Local Policing Divisions in Scotland and will continue to do throughout the next 48 hours.”

The warning will remain in place until 10:00 on Thursday (1 March) morning.