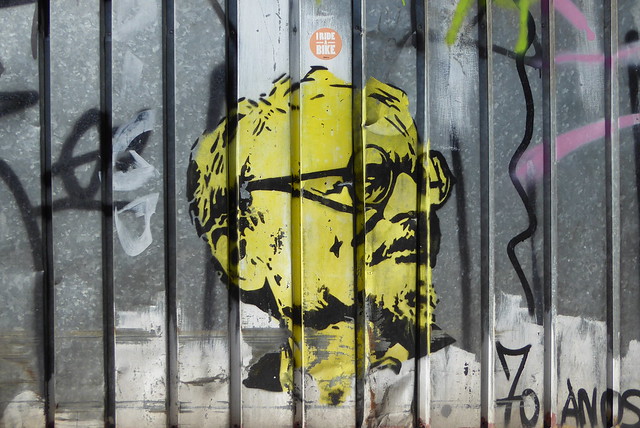 THE first inter-disciplinary conference on the late Russian revolutionary Leon Trotsky’s theory of uneven and combined development is set to take place in Glasgow, with speakers from all over the world descending on Scotland’s largest city for the three day event.

‘Uneven and Combined Development for the 21st Century’ takes place from 5-7 September, with most of the sessions taking place at St Stephen’s Church on Bath Street.

Trotsky, one of the leaders of the 1917 Russian Revolution who was later killed by agents of USSR ruler Joseph Stalin in 1940, developed the theory of uneven and combined development (UCD) at the beginning of the 20th century as a way to understand the interaction between capitalist economic development and feudal/pre-capitalist societies in the world economy.

The theory was the basis for his concept of Permanent Revolution, which argued that rather than countries having to advance through stages of economic development from pre-capitalist to capitalist before a socialist revolution was possible, a ‘backwards’ country economically like Russia could have a socialist revolution if it then spread internationally. This idea became a centre-piece of ‘Trotskyist’ thought.

In recent years the theory of UCD has been taken up by, for instance, globally renowned marxist geographer David Harvey to explain the locational dimensions of neoliberal capitalism, where companies like Apple locates it’s production in the global south where capitalism is not as advanced and thus labour costs are cheaper. Writer Tom Nairn has sought to apply the concept to explain the emergence of Scottish nationalism as a major political force since the 1970s.

In the notes for the conference, which features 50 speakers from every continent, it states: “As recently as the early 1990s, anyone predicting that Trotsky’s ‘law’ of uneven and combined development would soon become a key theoretical reference point across several academic disciplines would have been treated with a great deal of scepticism. Yet, less than three decades later, UCD is regularly deployed in the fields of international relations, historical sociology, political economy, social geography and – perhaps most surprisingly – world literature.”

The conference notes continue: “In spite of the rapidly multiplying literature, there has not been an international event bringing together representatives from all the relevant areas of scholarship to engage in inter-disciplinary discussion.”

The headline of the conference will be a free public lecture from Robert Brenner, globally renowned historian from the University of California, on Thursday [5 September] evening, who is known for his writings on the transition from feudalism to capitalism.

Other speakers at the three day conference include James Foley, co-author of ‘Yes: the Radical case for Scottish independence’ and editor of Common A.M., CommonSpace’s morning newsletter, and George Kerevan, former SNP MP and columnist for The National. Foley and Kerevan will speak in a session organised by Scottish radical left site Conter analysing uneven and combined development’s relevance to contemporary Scotland.

“Uneven and combined development is commonly associated with Russia, but Scotland was one of the first countries to experience it.” Neil Davidson

Other sessions include a talk on ‘China, Brexit and Trump in the Mirror of Uneven and Combined Development’ and  ‘Aspects of the British Empire: From Ireland to Pakistan’.

Neil Davidson, organiser of the conference and lecturer in Sociology at the University of Glasgow, told CommonSpace that the theory of UCD was as relevant to Scotland as it is to the rest of the world.

“Uneven and combined development is commonly associated with Russia, but Scotland was one of the first countries to experience it, and thus it helps explains the emergence of the Scottish enlightenment and the birth of the labour movement in the 1820s,” he said.

Davidson, author of the Origins of Scottish Nationhood among other works, emphasised that the conference was a “world first of its type”.

“We’re bringing together people across disciplines and across the world, including a large contingent from the global south,” he said.

Tickets for the conference are available here.