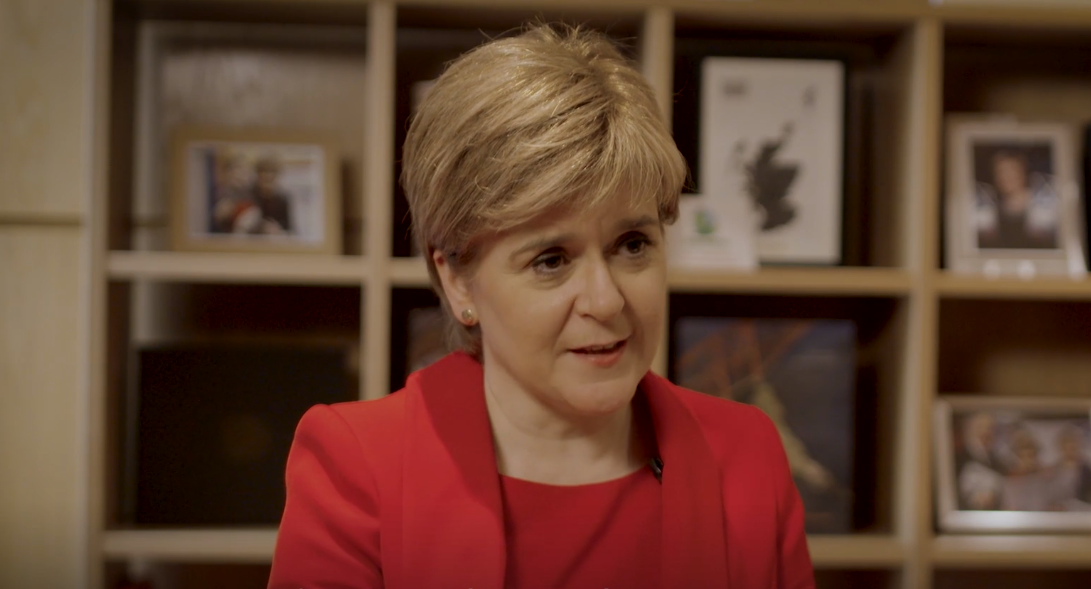 NEW RESEARCH by Amnesty International reveals the endemic nature of abuse and threats of violence directed at women on Twitter, particularly those who are politicians, journalists or other public figures, or who speak out on issues like sexism.

Interviews were conducted with more than 80 women from the UK and USA – including First Minister Nicola Sturgeon, Scottish Conservative leader Ruth Davidson, and Scottish Labour MSP and former party leader Kezia Dugdale – which underlined the extent of the abuse faced by women in the public eye.

An accompanying survey of 1000 women across the UK found that 78 per cent who gave an opinion said they didn’t think Twitter was a place they could share their views without receiving abuse or threats of violence, and only nine per cent thought Twitter was doing enough to stop violence and abuse against women.

“Politicians who try to say that this kind of comment doesn’t affect them at all, I think are not being entirely honest.” First Minister Nicola Sturgeon

The report is launched as part of a new campaign by Amnesty International, using the hashtag #ToxicTwitter to challenge what it describes as Twitter’s failure to address the issue. Amnesty argues that the company has an inconsistent approach to responding to reports of abuse and a lack of transparency over how it interprets and enforces its policies against abuse.

The research uncovered a slew of offensive tweets about politicians including First Minister Nicola Sturgeon, with users sending explicitly sexualised and violent messages.

Commenting as part of the research, First Minister Nicola said: “Politicians are – this is a controversial statement – politicians are human. Politicians who try to say that this kind of comment – whether they’re reading it on Twitter or in the Daily Mail – that it doesn’t affect them at all, I think are not being entirely honest.

“What makes me angry when I read that kind of abuse about me is that I worry it’s putting off the next generation of young women off politics, so I feel a responsibility to challenge it not so much on my own behalf but on behalf of young women out there who are looking at what people say about me and thinking ‘I don’t ever want to be in that position’.

“That’s why it’s really important to counter it because we want people from all sorts of backgrounds to come into politics and the idea that this puts them off worries me deeply.”

Sturgeon said there was “undoubtedly a gendered element to the abuse”, adding: “Women in politics will be much more likely to get abuse about how they look, what they wear, and that’s probably, to be frank, at the more innocent end of it.”

The report highlights the additional aspect of abuse faced by women on the basis of other factors such as sexual orientation, race, or disability, which Amnesty International suggests could have the effect of “driving already marginalised voices further out of public conversations”.

Scottish Tory leader Ruth Davidson reported experiencing homophobic abuse and, like the first minister, said she was concerned by the wider impact this would have on other Twitter users. She said: “I have a lot of young gay followers on my Twitter platform and for me it’s always been important for me to call that out.

“So all the ‘you’re a fat, ugly, stinking Tory’ stuff I put to one side, but every now and again, I’ll push back, I’ll retweet some of the homophobic abuse. I think it’s important that people see that actually that sort of language is not acceptable, you don’t have to take it.”

Davidson referenced research by Stonewall which highlighted the rate of self harm among LGBTI young people, which it linked to high rates of bullying, including online bullying. In light of this, she said: “Just because you’re saying something online, doesn’t mean it doesn’t matter.

“It does matter and it can have a huge impact on people, and there needs to be an understanding of the seriousness of what this is.”

Davidson said she had also experienced online death threats and threats of violence and that she responds by muting the users, adding: “I don’t want people to have the satisfaction that they’ve been blocked.”

“If I were to show you my Twitter @reply column just now, 90 per cent of it would be abuse.” Scottish Labour MSP Kezia Dugdale

Labour MSP Kezia Dugdale said that she had reported online death threats to the police on three occasions in her six years in parliament. She said: “Probably ten or 20 times a day I am scrolling through absolute mountains of abuse.There’s different levels of abuse and harassment within that spectrum, some of it very serious indeed.

“If I were to show you my Twitter @reply column just now, 90 per cent of it would be abuse. Now, I have to look at that every time to scroll through the good stuff trying to find those people who are genuinely trying to engage on an issue or ask a question about the substance on something you’ve raised in the Scottish Parliament.”

In addition to the outright abuse, she said, she frequently received remarks questioning her intelligence by referring to her gender. She explained: “In Scotland the phrase would be ‘daft wee lassie complex’. She doesn’t know what she’s talking about… she’s too young… too female to really understand what she’s going on about.”

Dugdale suggested that there could be serious knock-on impacts of the abuse faced by women in politics, saying: “If a politician has to wear robotic armoury so that stuff like that doesn’t get under their skin what’s the price of having that armoury on? The ability to feel? To understand emotion?

“I think that’s really worrying for the future direction of our politics.”

Twitter said that it has made over 30 individual changes to its product, policies and operations over the past 16 months with aim of “Improving safety for everyone”, and that it has taken action on 10 times the number of abusive accounts this year as the same time last year.

“Twitter is silencing the voices of women and is having a damaging impact on their mental health.” Amnesty International Scotland Programme Director Kate Nevans

However, Amnesty International argues that the social media platform needs to do much more.

Specifically, the report asks Twitter to publicly share meaningful information about the nature and levels of violence and abuse against women and how it respond to it; improve reporting mechanisms; provide more clarity about how it interprets and identifies violence and abuse and how it handles reports; and to take more proactive measures to educate users about security and privacy features.

“Originally a vital source of news, Twitter has devolved into a place where women receive threats of rape, extreme violence, and even death as well as abuse related to their gender, ethnicity or sexual orientation.

“In the last year, we have seen a wave of online solidarity and activism from women and men around the world – much of it powered by social media platforms such as Twitter but the impact of the #MeToo or #TimesUp movements will be limited if women fear speaking out in the wake of abuse.”

Nevens continued: “Abusive trolls are empowered to continue their campaigns of violence and abuse against women online because despite repeated promises, Twitter is failing to do enough to stop them. In fact, Twitter is silencing the voices of women and is having a damaging impact on their mental health.

“Whether they are political leaders, activists or everyday users, women in Scotland agree that time is up for Twitter to take positive, transparent steps to address and prevent violence and abuse against women on its platform.”