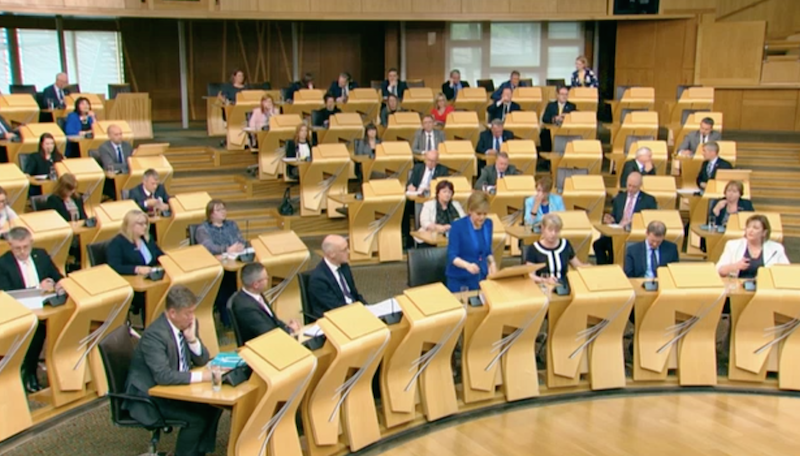 NICOLA STURGEON WILL REFOCUS the Scottish Government’s efforts on the immediate task of the Brexit negotiations, after reflecting on the recent election results in May and June.

The June snap General Election was turned by unionist parties into a proxy-vote on the Scottish Government’s decision to present the prospect of a fresh referendum on independence at the end of the Brexit process. The SNP, which won the majority of Scotland’s MPs but fell from 56 to 35 seats, also faced the challenge of refreshing its agenda for government after ten years in office.

In a wide ranging statement – commenting on a referendum, Brexit, the Yes movement, and a programme for government – Sturgeon restated her view that people in Scotland should get a choice on the country’s future.

In a change to her previous timetable of Autumn 2018 to Spring 2019, she empathised with voters who may feel it was too soon to reconsider the decision taken in the 2014 independence referendum.

“It remains my view that at the end of the Brexit process, the people of Scotland should have a choice about our future direction as a country. Indeed, the implications of Brexit are so potentially far reaching that, as they become clearer, I think people will increasingly demand that choice,” she said.

In a “reset” of previous plans, she said: “We will not seek to introduce the legislation for an independence referendum immediately. Instead, we will – in good faith – redouble our efforts and put our shoulder to the wheel in seeking to influence the Brexit talks in a way that protects Scotland’s interests.”

The compromise position aims to reassure those concerned about a rush to a future vote, while maintaining the SNP’s commitment to achieve independence for Scotland.

In a pledge to organisations and individuals who support independence outside the SNP, Sturgeon offered an olive branch: “My party will engage openly and inclusively with, and work as part of, the wider independence movement. We will seek to support, engage and grow the movement, and build the case that having decisions made by us – not for us – offers the best future for Scotland.”

Sturgeon also promised that the next programme for government would be “bold and radical…as far as is possible within the current powers available”. Figures on the left of the SNP had signed up to a ’Renewal’ proposal of policies to restart the party’s agenda.