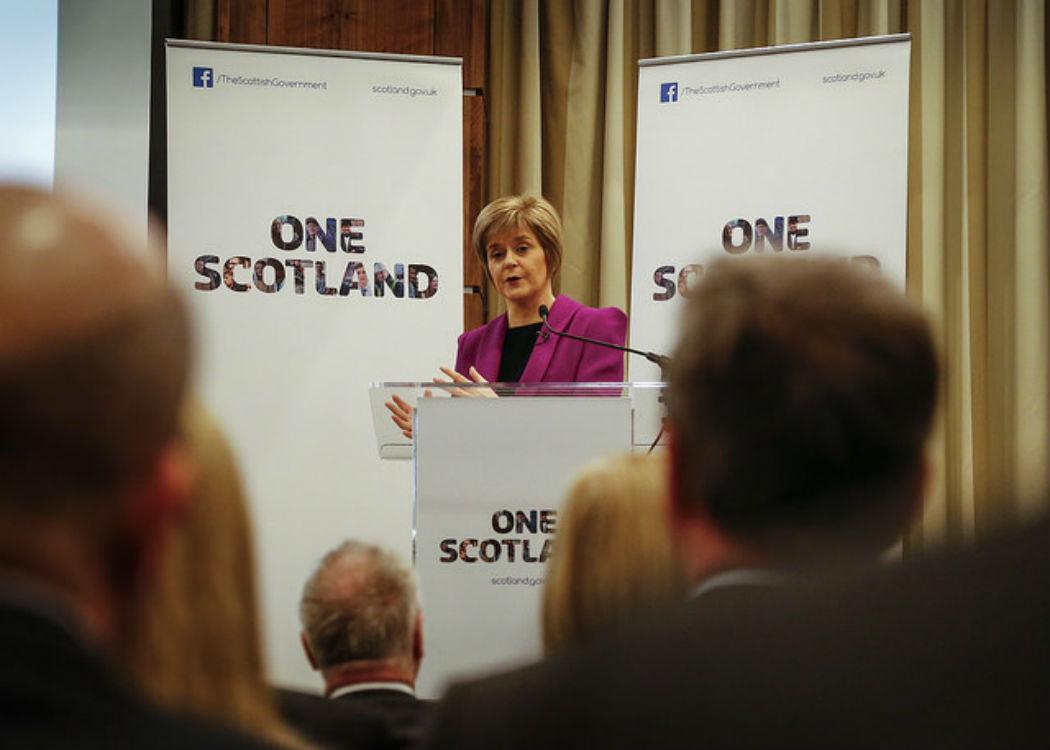 FIRST Minister Nicola Sturgeon has begun her four day trip to the US, and is set to appear on The Daily Show with Jon Stewart.

The appearance on the US satire news program will take place on Monday evening, as Sturgeon begins her first official trip to the US since becoming First Minister last year.

The visit got off to a successful start, as Sturgeon met with representatives from global manufacturing giant Jabil, confirming a PS12.5m investment in their plant in Livingston.

This will secure 147 manufacturing jobs and create a further 212 jobs as Jabil seek to create one of three centres of excellence at the site which the company has operated for 21 years.

The First Minister welcomed the investment, saying: “Scotland has a proud tradition and enviable global reputation for engineering excellence, built on the skills and innovation of our people, making it an attractive location for US businesses.

“Ernst and Young’s latest Attractiveness Survey showed that 2014 was Scotland’s most successful year in the past decade for attracting US investments and Jabel’s announcement is further evidence of this success.”

Scottish enterprise will support the project with PS450,000 of grant funding. Chief Executive Lena Wilson said: “Jabil’s Centre of Excellence in Livingston will solidify its ability to deliver R&D, manufacturing and new product introduction, thus creating additional capabilities, leadership and decision making in Scotland. Jabil will also be able to tap into evolving technologies emerging from Scotland’s innovative company base and collaborate with our world class universities.”

Joseph McGee, executive vice president of Jabil said: “We are pleased to be able to announce the expansion our long-standing Scotland site and leverage the tenured team to grow and expand our global processes and capabilities.”

Sturgeon will visit a Brooklyn school to learn about the New York education system, amidst continued criticism of the Scottish government’s education record from Labour.

She will also be making a speech at Glasgow Caledonian University’s New York site, focusing on the role of business in society.