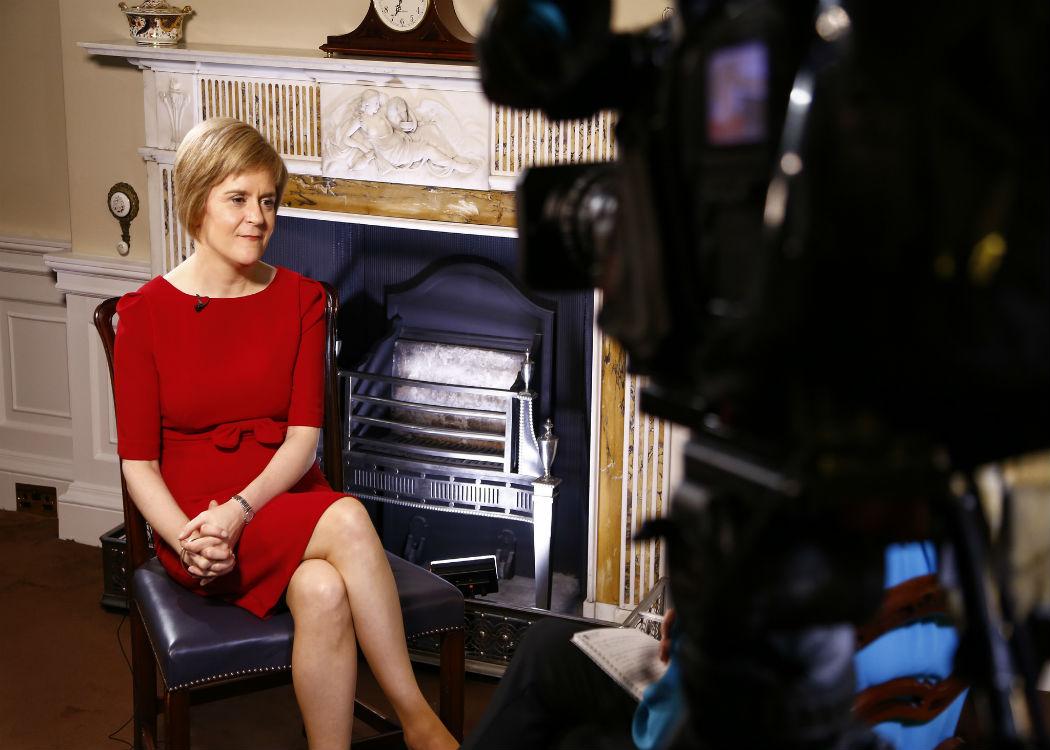 SNP leader has put a “triple lock” on another independence referendum

NICOLA STURGEON has tried to dampen down expectations among SNP members that a independence referendum could be in the party’s 2016 Scottish elections manifesto, saying that members new and old are a “pragmatic bunch” and will understand if it’s not in the manifesto.

Sturgeon said, in an interview with The Herald, that the party was “not at this moment planning another referendum”, and when asked if the party’s 100,000 members would accept that, she said: “My experience of the members, and I can’t claim to have spoken to all of them but I have spoken to a significant number, is they are a very pragmatic bunch, who understand the realities of politics.

“No matter how much we might want to rush that process the Scottish people will not allow it to be rushed.

“My experience of the new members and our existing members is that they understand that.” (Click here to read more).

The SNP leader has said there is now a “triple lock” on Scottish independence: something “material” would have to change, like a UK exit from the EU, it would have to be in the manifesto of a party that is elected at the Scottish Parliament, presumably the SNP, and it would have to get a majority yes vote in a referendum. (Click here to read more).

Labour leader Ed Miliband has already said that he would block another Scottish independence referendum from happening if he was to become Prime Minister (click here to read more), and the Scottish nationalists have insisted that “ending austerity”, not constitutional issues, are the party’s number one priority at Westminster.

Sturgeon also told The Herald that the party will be seeking to make alliances with backbench Labour MPs on the left who are sympathetic to the SNP’s agenda.

She said: “If we are in a minority Labour government situation, with a big team of SNP MPs, what we will be doing is trying to build alliances on an issue by issue basis.

“That will be trying to win support from Labour backbenchers as well as from Greens, if there are Greens and from Plaid Cymru MPs.”

The first minister added that “the beauty” of the Fixed Terms Parliaments Act, which means a snap General Election can only happen if there is an official vote of no confidence in the government, means “you can change the direction of a government, you can defeat the government on particular issues, without bringing down the government.”

Polls currently show the SNP is on course to take over 50 seats in Scotland, and be in a position to form a majority in the House of Commons with a minority Ed Miliband government.