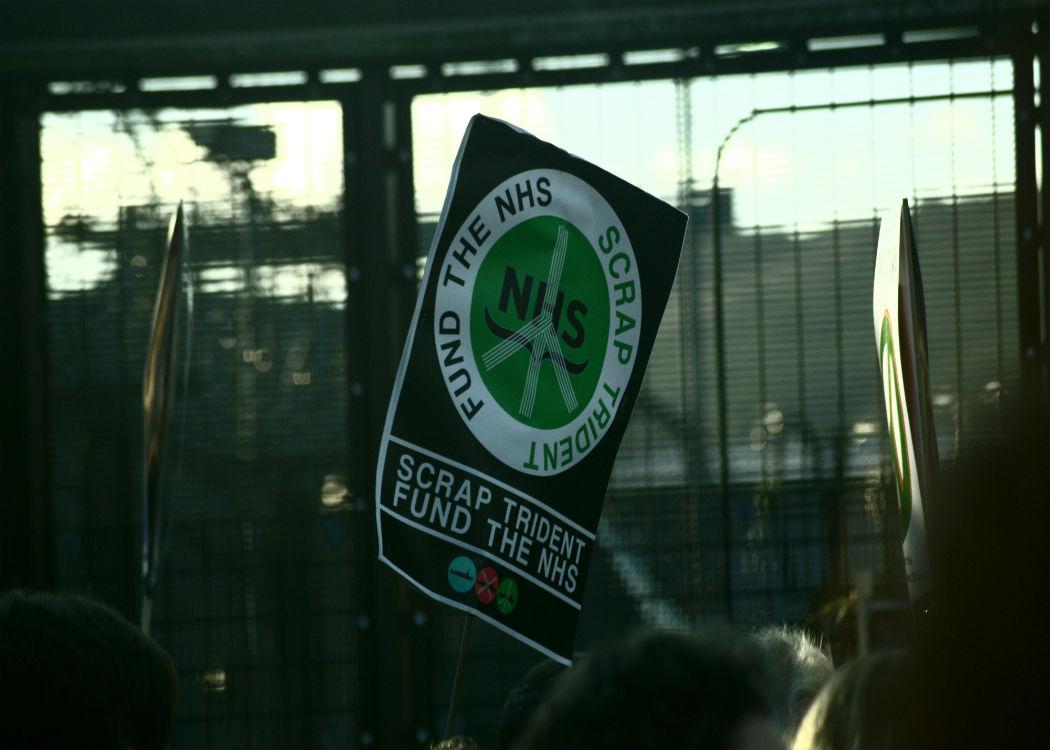 17/02/2016
david
Organisers urge Scots to maximise their presence at the demonstration amid Trident vote chaos
NICOLA STURGEON is set to deliver the keynote speech at a historic demonstration against Trident in London.
The march through central London on Saturday 27 February, organised by CND, comes before a vote in the House of Commons on the renewal of the Trident nuclear weapons system, which is based at Faslane outside Glasgow in Scotland.
The vote, which campaigners were initially expecting in spring 2016, has yet to be given a date amid a chaotic Westminster political calendar which includes local, Welsh and Scottish elections in May, and a forthcoming referendum on the UK’s EU membership.
The first minister will join Labour leader Jeremy Corbyn at the march and rally, when they will speak from the same platform for the first time since they both spoke against the Conservative government’s Trade Union Bill in Glasgow in November last year .
Speaking to CommonSpace, chair of Scottish CND Arthur West said: “The first minister will be speaking at the event and that will be significant, so hopefully most of Scotland’s MPs will be on the demonstration.

“People should make every effort to come and maximise the presence from Scotland.” Arthur West, CND

“We’ve been working with others to ensure there are as many Scottish MPs at the demonstration as possible. Bill Kidd MSP is also likely to be there. Our understanding is that there will be quite a presence from Scotland’s elected representatives at the event.”
Speaking about the opportunity presented by the delayed vote, West said: “We were expecting the vote to happen in March or April, but it may now be delayed until after the EU referendum. It would appear to be a Trident shambles. There’s real chaos in the organisation of the vote.”
“We are working to maximise the turnout and the Scottish presence at the demo. We have a bus running but there are also people going by train and service bus as well.”
“People should make every effort to come and maximise the presence from Scotland. Lets send out a clear message that Trident should be scrapped and the money spent on health, education, jobs and pensions. It’s very important that we represent the opposition that exists in Scotland to Trident renewal.”
In November 2015 the Scottish Parliament voted against trident renewal with a 74 per cent majority . The historic vote followed a Scottish Labour conference which voted against trident renewal, reflecting a change in stance after the election of anti-nuclear weapons campaigner Jeremy Corbyn as UK party leader.
The demonstration has drawn significant civil society support, with dozens of organisations supporting the demonstration including Stop the War Coalition, War on Want, Campaign Against Arms Trade, the Church of Scotland and Greenpeace.
On 15 February the PCS union called on its 250,000 members to join the demonstration to protect public services from deeper cuts as a result of spending on the weapons.
CommonSpace journalism is completely free from the influence of advertisers and is only possible with your continued support. Please contribute a monthly amount towards our costs. Build the Scotland you want to live in – support our new media.
Picture courtesy of Swithun Crowe
Common Space
Archive
Share Article: