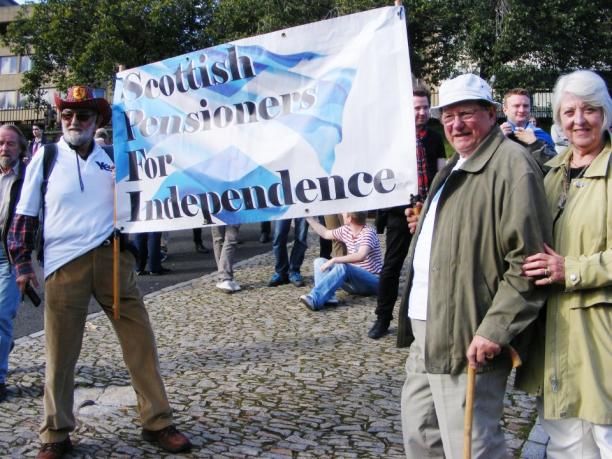 PENSIONERS FOR INDEPENDENCE, a campaign group formed shortly before the 2014 independence referendum and re-launched earlier this year, will hold its first national conference in Edinburgh on Saturday 25 November, with a range of cross-party and non-party speakers.

The conference aims to bring together older independence supporters and to strategise on how to attract older voters to independence in future, focussing on social security, social care, the Scottish economy, and independence after Brexit.

Keynote speaker of the event will be think tank Common Weal’s Head of Research Dr Craig Dalzell, who is currently working on a paper on state pensions in an independent Scotland.

Dalzell said ahead of the event: “I’m pleased to be offered this opportunity to speak on this extremely important topic. The future of the state pension isn’t just an issue concerning the independence question but will be at the forefront of Scottish politics no matter how that question is answered.

“At the conference, I shall be presenting Common Weal’s latest research on the future of the state pension in Scotland in order to give us an understanding of the scale of the challenges ahead of us as well as to offer several options towards a solution to them.”

Peter Swain, who re-established Pensioners for Independence earlier this year, said he felt the demographic-specific campaign group was necessary because “the failure of the Yes campaign to persuade more pensioners of the case for independence was one of the major reasons why we lost”.

READ MORE: Dr Craig Dalzell: @scotgov must not allow itself to be dragged into the race where no-one wins

Swain sent letters to the editors of newspapers all over Scotland in an attempt to seek out people interested in connecting with the group.

He said: “Within days, quite a number of replies came in, and because many of these were from people in the greater Edinburgh area, we began by setting up an Edinburgh and Lothians group of Pensioners for Independence (P4indy) and that is now well-established and holding regular meetings.

“Since then, we have started a Glasgow and West of Scotland group and a group in East Fife, and are hopeful of starting other groups in other centres.”

This will be the first time the organisation has held a national conference, which will take place at Broughton High School in Edinburgh on Saturday from 9.30am. During the course of the day there will be performances by students from the City of Edinburgh Music School.

Tickets are £6 and can be purchased on the door.

Picture courtesy of Pensioners for Independence