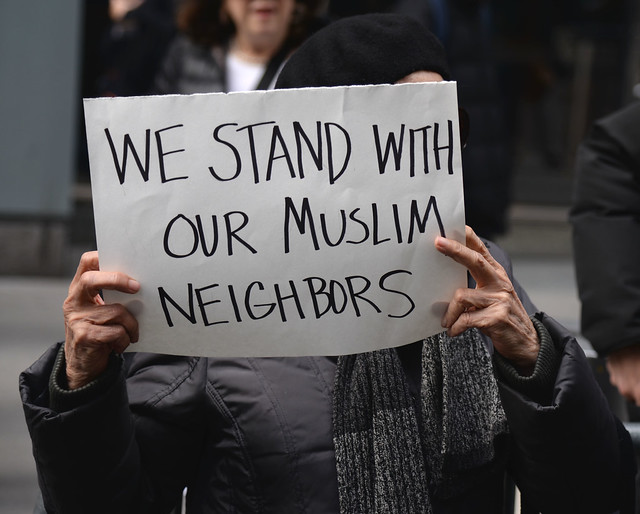 Holyrood’s Cross-Party Group (CPG) on Tackling Islamophobia and Newcastle University have launched the first ever public inquiry into Islamophobia in Scotland.

The consultation will be seeking responses from individuals and organisations on their experiences of Islamophobia and will also include outreach attempts across the country in verbal evidence sessions.

Researchers will be looking for responses which concern the current nature and extent of Islamophobia in Scotland, including discrimination against Muslim women, as well as comments on the role of the media and politicians. Evidence about the impact of anti-Muslim hatred on children, young people and families is also being sought.

READ MORE: Analysis: Finally, the Tories face the music over their Islamophobia

Labour MSP Anas Sarwar, chair of the CPG on Tackling Islamophobia, said he is delighted at the launch: “We have established that Scotland is not immune from Islamophobia and anti-Muslim hatred.

“We now want to gather evidence on the nature and extent of Islamophobia and identify the steps that should be taken to challenge and overcome hatred and prejudice, working with the Scottish Government and politicians, public bodies, and the media.

“The fight against hate is a fight for all of us; and working together we can build a Scotland free of Islamophobia and all forms of prejudice.”

Peter Hopkins, professor of social geography at Newcastle University, a researcher on issues of racism and islamophobia for nearly 20 years, said: “Everyday racism and Islamophobia are significant issues for Scottish society.

The launch comes a week after Sarwar and SNP MSP Humza Yousaf were jointly named “Political Hero of the Year” at the Holyrood Garden Party and Political Awards for their work in fighting Islamophobia.

In April, all of Scotland’s political parties committed to a formal definition of Islamophobia to help combat hate crime. The definition classifies anti-Muslim hatred as a form of racism, stating that: “Islamophobia is rooted in racism and is a type of racism that targets expressions of Muslimness or perceived Muslimness.”

The UK Government rejected the same definition, which is backed by 750 muslim organisations in the UK, in a debate in the House of Commons last month.

Earlier this month all Conservative leadership candidates backed an independent inquiry into Islamophobia within the party. The commitment was made in a BBC Tory leadership contest televised debate, during which Boris Johnson also apologised for comments he made last year comparing Muslim women wearing the niqab to “letter boxes” and “bank robbers”.

Written submissions to the inquiry will be accepted until 26 August.