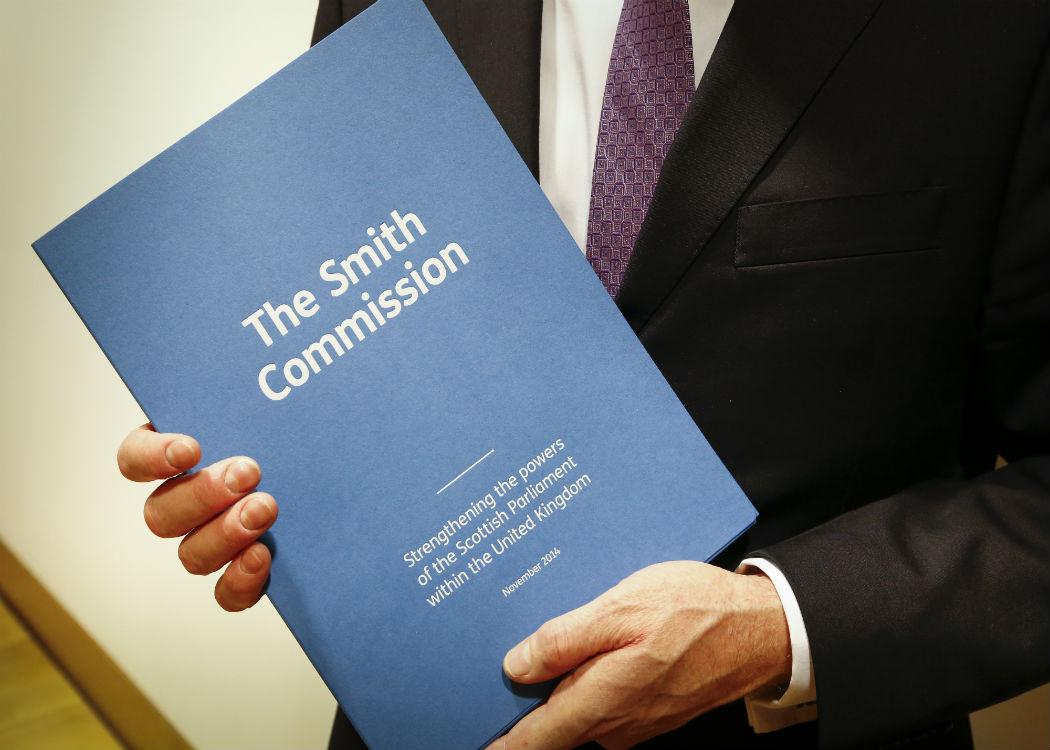 THE SCOTTISH AND UK GOVERNMENTS have reached a deal on the new funding arrangement that will underpin new tax and spending powers to be devolved to Scotland after the forthcoming Scottish elections.

The ‘fiscal framework’ deal includes an agreement that there will be ‘no detriment’ to either the Scottish or UK Governments, and both sides agree that neither parliament will lose out financially through the new deal.

The deal is a compromise package for the first five years of the new powers, and will be subject to review. Both parties to the agreement have proclaimed the deal a success, but what are people elsewhere saying about the agreement?

The agreement we have reached on the Block Grant Adjustment ensures that there is no detriment for the next six years and that there can be no default by the UK Government after that to a funding model that would deliver detriment in the future.

We have secured no detriment now, and for the next six years, and we have ensured that there can be no detriment imposed on Scotland at any point in the future.

This deal will ensure that the funding for Scotland cannot be changed without the Scottish Government’s agreement. It protects the Barnett formula. And it will allow the powers in the Scotland Bill to be delivered.

We’ve reached an agreement that secures a stronger Scotland and a stronger United Kingdom. It delivers on the vow we made to the people of Scotland. Ir’s fair to the tax payers of all of the United Kingdom, and it gives Scotland one of the most powerful devolved parliaments in the world. The debate will now shift from weather Scotland has these tax and spending powers to how these tax and spending powers are used to the benefit of the Scottish people.

I welcome the news that an agreement has been reached on the fiscal framework. This is a historic moment for Scotland and one that we should all celebrate.

Scottish Labour’s position has been clear all along – we would only support a deal that protected the Barnett formula which has benefited generations of Scots. It appears that this deal does exactly that and has our support.

Now that an agreement has been reached every single political party in Scotland must focus on what we can do with these major new powers. The opportunities they provide are huge – we can use the new tax and welfare powers to bring an end to Tory austerity and build a fairer country.

I want to use the new tax powers to make fairer choices. That means we can ask the richest few to pay a little bit more so we can invest in education and help first time buyers double their deposit by not implementing the SNP’s planned airline ticket tax cut.

Scottish politics will never be the same again thanks to these new powers. We have entered a new and exciting era of devolution.

Today’s agreement delivers the stronger, more responsible Scottish Parliament that the people of Scotland were promised. It is devolution delivered.

It delivers on exactly the kind of Scotland that most people want – not separated from our neighbours, but a Scotland with more power and control over its own affairs, still backed up by the strength and security of the United Kingdom.

I am very proud of the role my party has played in making this vision a reality. It was the Scottish Conservatives who set out the plan for devolution – now it’s a Conservative government at Westminster which has acted on that.

I congratulate both our governments for reaching this deal today.

The SNP and Tories have not agreed a good long-term deal for Scotland. The first minister has still been unable to explain why she has agreed to the Treasury funding model given she has bitterly opposed it for months.

Cementing the Treasury funding model into the agreement for six years will make it hard to get the Treasury out in the seventh year.

It’s welcome that we have an agreement that can be scrutinised by Holyrood before dissolution of parliament on 23 March. We will need to look carefully at the details. The no-detriment principle was always going to be difficult given the complexity of devolution, but it’s right that Scottish Ministers insisted on a deal to protect Scotland’s funding.

We must have clarity about the transitional deal that has been struck and in years to come, assuming the deal is implemented, we must have a much more inclusive process that invites the views of Scottish society rather than keeping everything behind closed doors.

The SNP has gone to considerable lengths to ensure that Scotland gets something approaching a fair deal from the fiscal framework negotiations. It was clear from the outset that the Conservatives wanted to use the framework as a means of slashing Scottish public expenditure, which has been the Tories’ raison d’etre in this country for decades.

But now that new income tax powers will be transferred to Scotland – however inadequate and incomplete they may be – it is important that the Scottish Parliament uses them as progressively as possible. Rise has set out detailed proposals for a radically redistributive new tax system in Scotland that would increase rates on the top ten per cent of Scots – and generate significant additional revenue in the process.

We challenge the establishment parties to match our ambitious plans.

Does the SNP have the political will to force the rich to pay their fair share? Is Labour seriously going to go on arguing for an across the board increase in tax rates when similar sums could be raised by taxing the rich more? It’s worth noting that, despite yesterday’s deal, Scotland’s budget is still going to be squeezed tighter over the course of the next Parliament than it has been over the course of this one – Tory austerity still rules in Scotland. Rise MSPs will do everything they can to defy it, while making the case for a second independence referendum.”

We can’t fully assess the fiscal framework agreement until we see the details, but it’s pretty clear that on the big issue of the indexation method for the block grant adjustment, the Scottish Government won the battle with the Treasury.

With a review five years down the road, it’s feasible that they might not win the war, but other aspects could come in to play at that point – the SNP may see another big fight with the Treasury as laying the grounds for a second independence referendum in 2021.

In any case, we now know that the election in less than three months time will be fought on the new Scotland Bill powers set to be devolved to Holyrood. While Common Weal has been critical of the Smith package as a whole, powers on welfare and income tax do provide an opportunity to make some progress in tackling gaping poverty and inequality in Scotland. All parties must now outline what they plan to do with the new powers.

I don’t believe we should have signed up to the Smith Commission in the first place, and if we did, a minority report should have been produced demanding far more powers than was on offer from a Unionist majority.

The spin is false. Not all income tax is being devolved only what you would call the PYTE part. Income from dividends are not included. Jim and Margaret Cuthbert have already demolished the Smith case. Better by far, in a demonstration of independent power, to have rejected what has been on offer.

The fiscal framework settlement is a significant moment in the road to independence. It moves the debate on and exposes the role of David Mundell, nominally the Secretary of State for Scotland, but in reality battling against Scottish interests. This has been revealed with more clarity than ever before.

The whole negotiations now look as if they were conducted with [finance secretary] John Swinney holding all the cards. We had nothing to lose. We could walk away and that threat carried weight. In contrast Cameron had everything to lose, and his negotiator seemed semi-detached from the entire process.

But as Deadpool has it: ‘with great power comes great irresponsibility’. What the Scottish politicians do with these new powers is where the interest really starts. The settlement also raises further questions: if we should and can raise these taxes then why not others? If we should and can be responsible for this welfare budget then why not more? The definitions and restrictions seem arbitrary and people will quickly realise this.”

It is good news that a deal has been reached. Whatever the fiscal framework, PCS members are tasked with delivering public services in Scotland. We will now be focussing on how we work with the Scottish Government on the staff and work transition. The priority for PCS will be to make sure that the new tax and welfare powers in particular are publicly accountable and delivered by well-resourced and valued public sector staff.

Businesses will welcome agreement on the funding settlement between the Scottish and UK Governments, which will allow focus on how to use new powers to create prosperity for Scotland by encouraging investment, business growth and higher productivity, ultimately leading to higher wages and more jobs.

Effective joint-working between the Scottish and UK Governments is needed to ensure deficit reduction remains on track and new powers minimise complexity and compliance burdens.