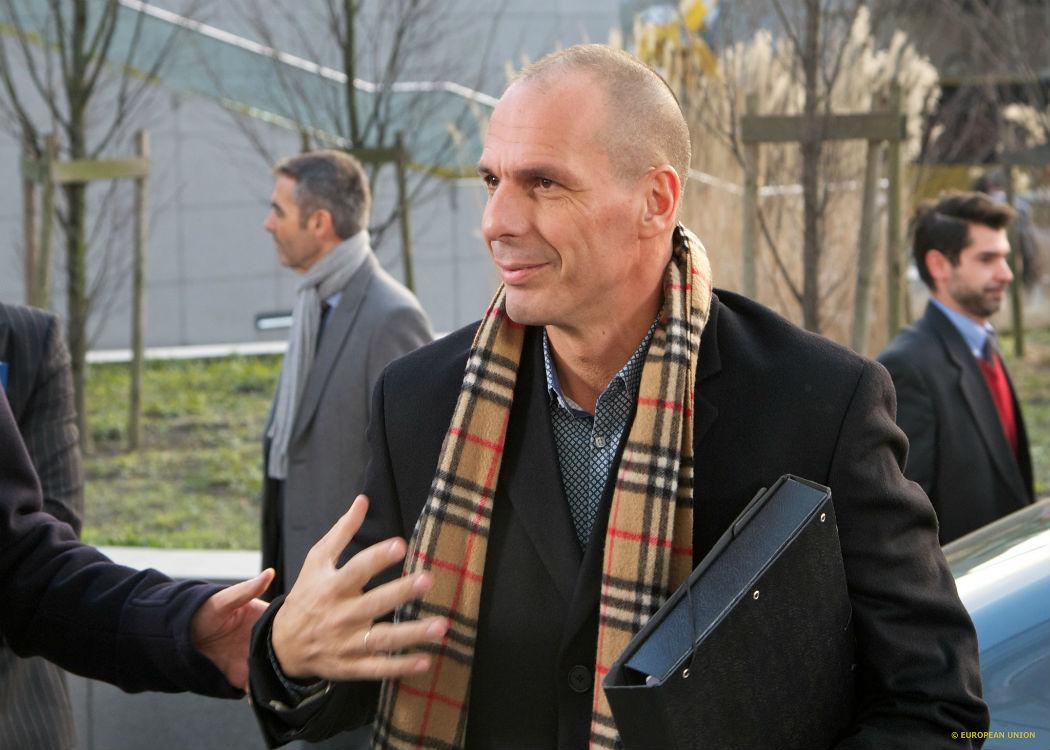 YANIS VAROUFAKIS resigned as Greek Finance Minister one week ago.

The reason given was a request from Eurogroup ministers that negotiations would be better served without Varoufakis, which Alexis Tsipras accepted in principle, leaving the Greek finance minister with nowhere else to go.

He said on resigning: “I consider it my duty to help Alexis Tsipras exploit, as he sees fit, the capital that the Greek people granted us through yesterday’s referendum.

“And I shall wear the creditors’ loathing with pride.”

Varoufakis has a way with words, but he also has lot of serious substance to say about his time negotiating with the Eurogroup. In an explosive interview with the New Statesman prior to the deal agreed on Monday [13 July], the economist who once taught at the University of Sussex makes serious allegations, albeit from a one-sided perspective, about how the Eurozone works. CommonSpace takes a look at his five most revealing claims.

Germany shocked the world with the extent of its belligerence towards Greece on Saturday and Sunday during the final negotiations, with German Finance Minister Wolfgang Schauble proposing Greece leaves the Euro temporarily, and when that was rejected going so far as to suggest that EUR50bn of Greek assets are moved to an institution in Luxembourg, an institution chaired by none other than Schauble himself and owned by the German national bank KfW.

But while the world may have been in shock, one suspects Varoufakis wasn’t.

He told the New Stateman: “His [Schauble’s] view was ‘I’m not discussing the programme – this was accepted by the previous [Greek] government and we can’t possibly allow an election to change anything.

“So at that point I said ‘Well perhaps we should simply not hold elections anymore for indebted countries’, and there was no answer. The only interpretation I can give [of their view] is, ‘Yes, that would be a good idea, but it would be difficult. So you either sign on the dotted line or you are out.'”

Claim 2: Germany is in complete control of the Eurozone

No one would contest that the leading power in the Eurozone – the EU countries that have the Euro as their national currency – is Germany, as the biggest economy and one of the world’s leading export nations. But the nature of the negotiations and the way in which Germany has tried to impose its will has led to many to argue that it the Eurozone is simply a puppet of the Germans.

Varoufakis would agree. When asked if Germany controlled the attitudes of the Eurozone, he replied: “Oh completely and utterly. Not attitudes – the finance minister of Germany. It is all like a very well-tuned orchestra and he [Schauble] is the director.

“Only the French minister [Michel Sapin] made noises that were different from the German line, and those noises were very subtle. You could sense he had to use very judicious language, to be seen not to oppose. And in the final analysis, when Schauble responded and effectively determined the official line, the French minister would always fold.”

Claim 3: The Eurogroup is a dictatorship with no basis in law

There has been question marks over the legal basis of the ‘Eurogroup’ – the group of Eurozone Finance Minister’s which has acted as an effective decision-making body during the crisis. After Greek Prime Minister Alexis Tsipras called for a referendum, the Eurogroup held a meeting without Greek representation invited to attend the meeting and issued a communique without Greece signing it, despite the Eurogroup supposedly representing all Eurozone countries.

Varoufakis inquired as to the legality of this, and was told by a lawyer: “Well, the Eurogroup does not exist in law, there is no treaty which has convened this group.”

Varoufakis therefore concluded that: “What we have is a non-existent group that has the greatest power to determine the lives of Europeans. It’s not answerable to anyone, given it doesn’t exist in law; no minutes are kept; and it’s confidential. No citizen ever knows what is said within . . . These are decisions of almost life and death, and no member has to answer to anybody.”

Claim 4: The other PIIGS want Greece to fail the most

The countries which have been struggling to one extent or another to deal with the 2010 debt crisis were given an unfortunate acronym: PIIGS. Portugal, Italy, Ireland, Greece and Spain all have dangerously bad debt to GDP ratios, with Greece the worst of the lot. One would therefore think that sympathy for Greece would come more easily from the fellow PIIGS, but Varoufakis said that the reverse is true.

He said that “the most energetic enemies” of Greece were the countries with large debts because “their greatest nightmare was our success”.

Varoufakis explained that because the other countries had generally submitted to the demands of the Eurozone leaders without much of a fight, if the Greek Government was seen to get concessions from fighting for a better deal, it would expose them as feeble.

“Were we to succeed in negotiating a better deal, that would obliterate them politically: they would have to answer to their own people why they didn’t negotiate like we were doing,” he said.

Claim 5: Varoufakis had an alternative plan rejected by Tsipras

The interview also contains a story that may go down in history as a classic ‘what if?’ moment. After the resounding No vote in the referendum, Varoufakis proposed at an inner-cabinet meeting of the six leading Syriza figures a new plan to force a better deal out of the Eurozone.

To counter the ECB trying to shut Greek banks by cutting off liquidity, Varoufakis proposed a “triptych” of measures: issue euro-denominated IOUs, nationalise the bank of Greece so the government had full control over it and cut the amount of debt the Greek bank owed the ECB.

The plan was to put Greece in a position where Grexit was viable, without actually exiting – providing leverage for Greece to negotiate a better deal.

Alas, the plan was voted down by the inner-cabinet by 4-2, with Tsipras vote against decisive.

Varoufakis analysis of the outcome of the lost, bearing in mind the interview was recorded prior to the deal signed today, turned out to be prophetic.

“That very night the government decided that the will of the people, this resounding ‘No’, should not be what energised the energetic approach [his plan],” he said.

“Instead it should lead to major concessions to the other side: the meeting of the council of political leaders, with our Prime Minister accepting the premise that whatever happens, whatever the other side does, we will never respond in any way that challenges them. And essentially that means folding. … You cease to negotiate.”

Varoufakis is honest enough to say he didn’t know whether his plan would work, but with widespread belief among commentators that Tsipras has been out manouvered in the negotiations and forced to accept almost all of Germany’s demands, many Greeks may be thinking: ‘What if?’