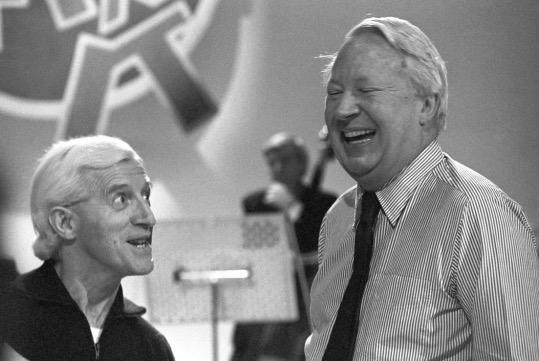 Police forces in London, Jersey, Wiltshire, Hampshire and Kent are said to be examining claims that former Tory PM was a paedophile

CONTROVERSY mounts in the aftermath of a child sex abuse allegation against Edward Heath as five police forces begin investigations into the high profile establishment figure.

Police detectives in Wiltshire, Jersey, Kent, London and Hampshire are now examining allegations that the former Tory leader and UK Prime Minister was a paedophile, including an allegation that he raped a 12-year-old boy in 1961.

As the breadth of inquires against Heath grow, 67 year old brothel keeper Myra Forde, has been identified as the woman who prompted the latest in a list of claims that have tied Heath to child sex abuse allegations.

Forde, who has twice been imprisoned for operating a brothel in Heath’s hometown of Salisbury in Wiltshire, is said to have had a prosecution against her dropped after threatening to expose the former PM as a paedophile.

Following allegations made by a retired senior officer that Wiltshire police had dropped these charges as part of a cover up, the Independent Police Complaints Commission have opened an investigation into this claim.

Scotland Yard have reportedly been scrutinising claims against Heath as part of Operation Midland, which was established to investigate claims of systematics child abuse by a paedophile ring in Westminster.

Following claims by a 64-year-old man that Heath raped him at the age of 12, Kent police stated: “Kent police has today received a report of a sexual assault having been committed in east Kent in the 1960s. The victim has named Sir Edward Heath in connection with the allegation… Detectives are making initial inquiries and will obtain a full account from the victim.”

Furthermore, a statement from the States of Jersey police linked Heath to Operation Whistle. This operation was initially established in the aftermath of the Jimmy Saville scandal and the Jersey Care Inquiry, which seeks to investigate claims of widespread abuse of children in Jersey’s care system.

The claims put against Heath, who is now the subject of widespread controversies, surfaced amidst a chain of allegations against a series of high profile establishment figures around the sexual abuse of children, indluding Lord Greville Janner, Sir Peter Morrison, Lord Leon Brittan and Sir Cyril Smith.

The UK Government has established the Goddard inquiry to examine the child sex abuse accusations, and allegations of widespread cover-ups from the top tiers of society.

Former MP for Northampton South, Brian Binley, was quoted in the Guardian saying that he would be “very, very surprised” if the series of allegations against Heath were true, adding that he was a “good guy”.