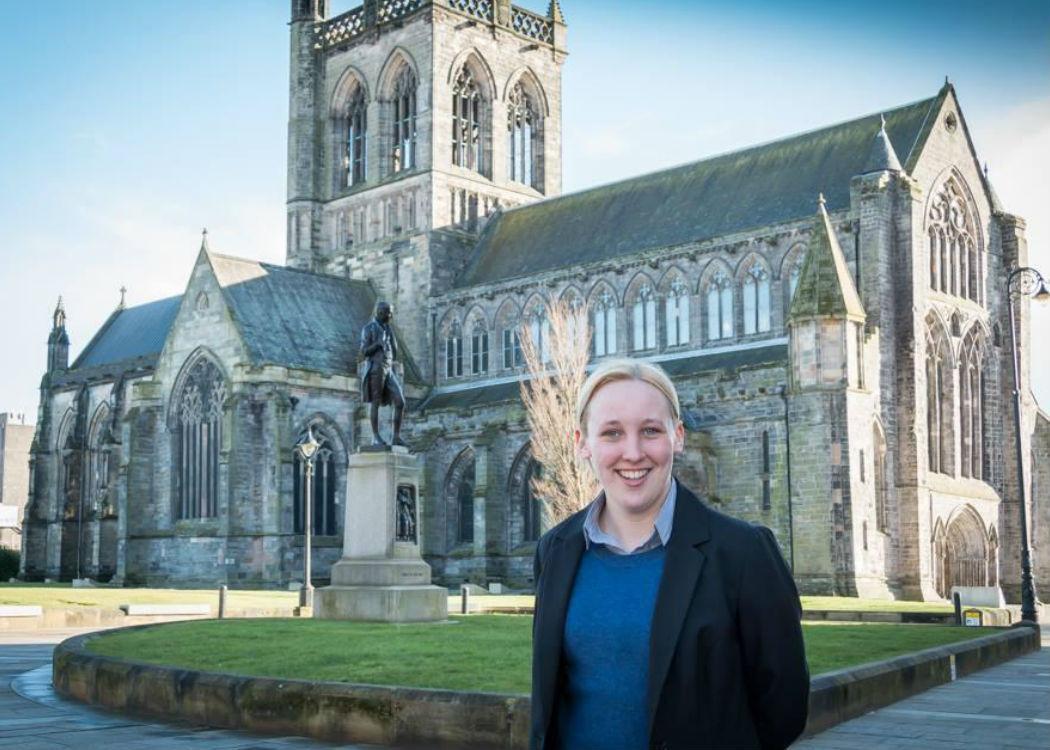 Mhairi Black’s maiden speech struck a chord with many, and instantaneously went viral

COMMONSPACE explores five ways in which the speech differentiated from those of her fellow parliamentarians.

She is the youngest MP in parliament

Firstly, and most obviously, Mhairi is a young, 20-year-old working class woman who came out of nowhere in Scottish politics, but effortlessly secured a landslide victory against the former shadow foreign secretary, Douglas Alexander. Black instantly put herself on the political map, and her maiden speech was one of the most anticipated among new MPs in the Commons.

It was clear that Black had engaged with vulnerable groups in her constituency before her involvement in politics. She told an unsettling story about helping a man who had faced unimaginable hardship as a result of welfare cuts.

She said: “In order to afford to get to the job centre… he didn’t eat for five days, he didn’t drink. When he was on the bus on the way to the job centre, he fainted due to exhaustion and dehydration. He was 15 minutes late for the job centre and he was sanctioned for 13 weeks… When [the chancellor] spoke about benefits not supporting certain kinds of lifestyles, is that the kind of lifestyle that he was talking about?”

Amid the hard-hitting notes were lighthearted, down-to-earth snippets of humour.

“Firstly, I want to pay tribute to my predecessor, Douglas Alexander. He served the constituency for many years. After all, I was only three when he was elected,” she quipped.

“I’ve noticed my colleagues quite often mention Rabbie Burns a lot,” she added. “And they all try to form this intrinsic connection between him and their own constituency and own him for themselves. I however feel no need to do this for during my research I discovered a fact, which trumps them all. William Wallace was born in my constituency.”

She took on the Tory cuts

Black highlighted the dissonence between the treatment of members of parliament and normal people at a grassroots level, and debunked the Conservative’s passive acceptence of foodbank usage.

“Because I am an MP, not only am I the youngest, but I am now the only 20 year old in the whole of the UK that the chancellor is prepared to help with housing.”

“When the minister for employment was asked to consider if there was a correlation between the number of benefit sanctions and the rise in foodbank use… She stated, and I quote, ‘foodbanks play an important role in local welfare provision’ … Foodbanks are not part of the welfare state. They are a symbol that the welfare state is failing.”

Despite all the politicial tit for tat, Black called for unity

Black’s journey from Labour to the SNP will resonate with many, yet far from pandering to tribalism, she called for unity to create a strong opposition to the Conservative Government.

“Yes, we will have political differences. Yes, in other parliaments we may be opposing parties. But within this chamber, we are not. As much as I might wish it, the SNP is not the sole opposition to this Government, but nor is the Labour Party. It is together with all of the parties on these benches that we must form an opposition. So I reach out a genuine hand of friendship, which I can only hope will be taken. Let us come together. Let us be that opposition. Let us be that signpost of a better society.”

Folk arguing we put Mhairi Black on a pedestal miss the point. Her speech was so affecting because she actually came across as a human #mps

I wonder what haters don’t like about Mhairi Black? That she’s half your age or has twice your courage? #whataspeech