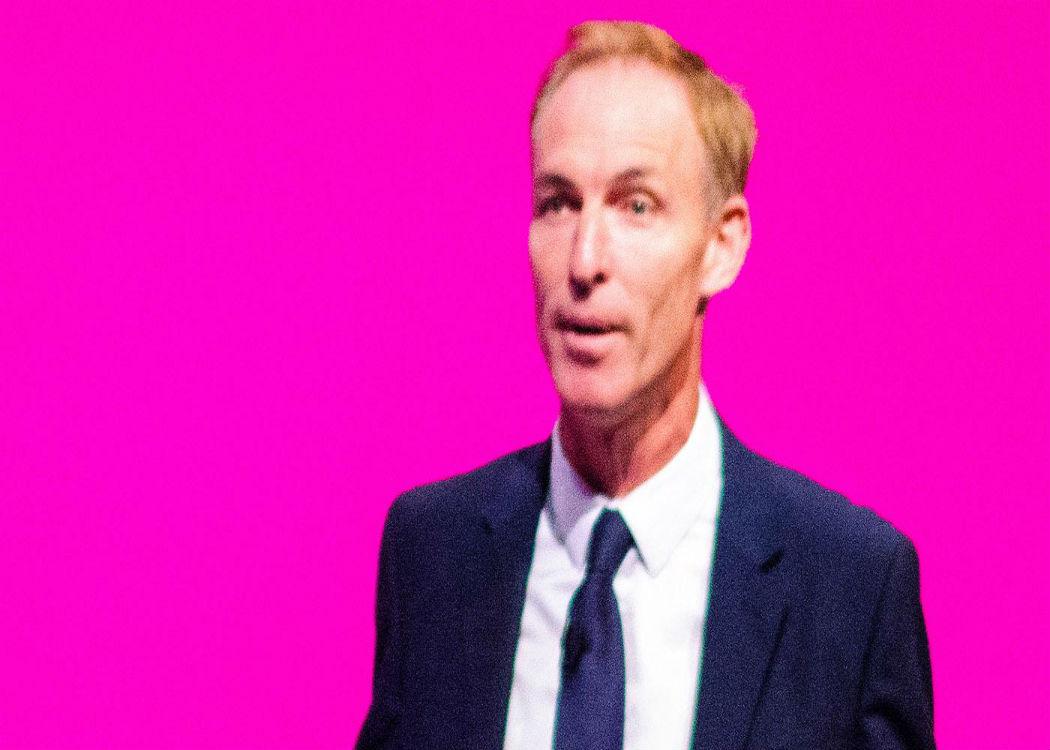 ONE thing you could never take away from Jim Murphy is that he’s a tryer.

He began his short sixth month stint as Scottish Labour leader with a promise to get the party “winning” again.

From his run along the Clyde in a Scotland top to shouting at arch-nemesis Sean Clerkin in St Enoch Square a couple of days before the General Election, he tried all the tricks in the book to put the party on top once more. But he failed.

Murphy knew that he had to win back working class support following the independence referendum, but part of his appeal was based on a caricature of what working class people want from their politicians.

Murphy’s love of football may well be genuine, but that doesn’t mean that even football supporters want to hear him going on about it all the time. It appeared like a never ending attempt to get a photo of Jim in action: the former MP was even pictured doing keepy-uppies while a crunch vote on a moratorium on fracking failed in the House of Commons, something he claimed to support.

Murphy’s call to end the ban on alcohol at Scottish football was the ultimate in populism. The ban was introduced because there was a link between drinking at football and violence (including domestic abuse), but Murphy offered no evidence that this was no longer a problem.

Despite much of the media getting behind Murphy’s campaign, Nicola Sturgeon won plaudits for standing up to it, saying that at a time of falling alcohol consumption among young people it could be “a step backwards”.

The issue had faded by the time the General Election had come round, and one suspects that there was very few people – not even football fans – who voted with the alcohol ban in their minds.

Whereas Murphy’s predecessor, Johann Lamont, had tried to tackle the SNP directly on some of its headline policies of free higher education, free school meals, free prescriptions, free bus passes for the elderly and the council tax freeze in her infamous ‘something for nothing’ speech, the new leader opted for a different strategy right out of the Westminster politics playbook. Triangulation.

Triangulation is when you try to undermine your political opponent’s main arguments by copying them. It was the strategy of Ed Miliband over ‘the deficit’, and the strategy of ‘hug a hoodie’ David Cameron when he was in opposition.

Murphy moved the party in Scotland to support for free higher education, support for free school meals and silence on the issue of the council tax freeze, and appeared to also back free prescriptions and free bus passes for the elderly.

In a speech to the local government organisation Cosla, he directly criticised Lamont’s position and said he was in favour of “universalism” paid for through progressive taxation.

This move was not necessarily a failure, but it did lack in two key aspects: authenticity and identity.

Murphy didn’t appear authentic because most people did not believe that Murphy really wanted free university tuition, since he voted in favour of tuition fees at Westminster. They didn’t believe he was for univeralism, since he had defended means-testing previously at Westminster.

Stealing the SNP’s clothes policy wise meant no one really knew what Murphy or Scottish Labour stood for. The party didn’t really have an identity anymore when it came to how they wanted to run Scotland differently from the SNP. Murphy just appeared as an opportunist – someone who will do anything for power.

Prevent the SNP positioning itself as the opposition

“My first priority has been to make them into a government. They’ve managed to have this kind of dual identity, of being the government and the opposition, but in the public’s mind I want to put the SNP where they’ve rarely been, which is responsible for their own mistakes,” Murphy told Buzzfeed in January.

As an analysis of how the SNP had managed to build up such commanding support in Scotland, this was prescient. However, he simply failed to deliver on making the SNP “responsible for their own mistakes”, for two reasons.

First, Sturgeon comfortably made the election about Scotland’s future within the UK, not about the Scottish Government’s record. While Murphy managed to catch a few blows on the first minister in the Scottish leaders debates on issues like further education, this was dwarfed in the public’s mind by Sturgeon’s impressive performances in the UK leaders debates, where she managed to appear as the voice of progressive Scotland that cared about people across the whole of the UK.

Secondly, the legacy of the referendum loomed large over Murphy’s campaign, and he was unable to shrug it off. The campaign was fought on the basis of hope versus fear, one side (led by the SNP) arguing for a progressive future, the other warning of the catastrophe if Scotland where ever to break from the UK state.

Murphy tried to rediscover the social justice agenda with a plethora of policy announcements designed to make the party look like it was transforming, but the damage had been done and no one, not even no voters, really believed that he had a more optimistic, positive vision for Scotland than Sturgeon.

Murphy always believed his trump card would be a late swing back to Labour out of fear that voting SNP could let the Tories back into power. Again, he decisively lost this argument.

Sturgeon was able to convince the Scottish electorate that voting SNP was a vote for the anti-Tory side of Westminster, and therefore could not possibly help the Tories back into power.

In the end the ‘vote SNP, get Tory’ line had turned from a strength into a weakness for Labour in Scotland. As Ed Miliband had to fight off accusations in England that he wouldn’t do a deal with the SNP, Sturgeon claimed that Labour prefered the Tories to a progressive deal with the SNP.

Return to the politics of the referendum

In the final weeks of the campaign, with the polls not budging in Murphy’s favour, he abandoned efforts to win back yes voters and focused on trying to sure up unionist support for Scottish Labour.

He joined the Tories and Lib Dems in banging on relentlessly about how full fiscal autonomy would mean so many millions of nurses lost and so many millions lost from the welfare budget, re-running the same arguments used by Better Together in the referendum campaign.

Unfortunately for Murphy, it appeared to only garner more sympathy for Sturgeon – the site of Murphy, Willie Rennie and Ruth Davidson shouting at the top of their voice on the Sunday Politics show at the first minister went viral around YouTube, as Murphy’s attempt to rebrand himself as a non-unionist Scottish patriot vanished.

In the end, Scottish Labour had resorted to a leaflet for election day with a big picture of a ticking time-bomb on the front: what was the great crisis that awaited the Scottish people unless they voted Labour? A second referendum. Murphy’s narrative had collapsed, and on 7 May all but one of Scottish Labour’s seats collapsed with it.