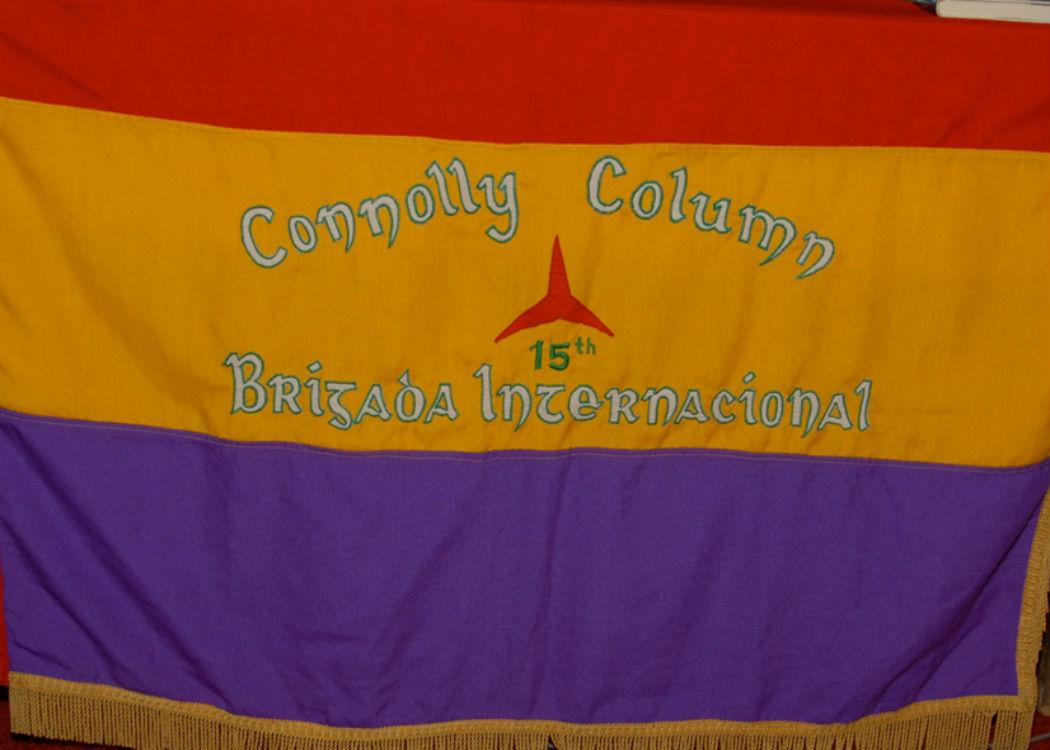 A PROPOSAL has been made to fly the flag of the Spanish Republic over Aberdeen in commemoration of Aberdonians who died in the Spanish Civil War from 1936-39 as part of the international brigades volunteers.

The proposal has been made to Aberdeen City Council by the organisers of the International Brigade Memorial Trust (IBMT), who are set to hold a memorial event in the city in October.

The Press and Journal reported that Tommy Campbell, regional industrial officer for the Unite union, is organising the event on behalf of IBMT, which is happening from October 16-18.

“We’re in discussions about getting a replica flag made and hopefully the city council will fly it over the Town House over the weekend,” Campbell said.

Two of those, Archie Dewar and Tom Davidson, were buried in 1938 wrapped in the flag of the Spanish Republic in Spain, but the flag was sent back to Aberdeen, still with traces of the men’s blood on it.

However, it was hidden behind a wardrobe in the Communist party’s Aberdeen office for nearly half a century, until it was rediscovered and commemorated properly in the Aberdeen TUC office. IBMT propose to fly a replica over the city.

“All Aberdonians should be honoured that men like Tom and Archie left behind their families to fight for something they felt was right,” Campbell said.

Archie Dewar’s grandson Gordon said Aberdeen City Council raising the flag on the weekend of the memorial event would be a “touching gesture”.

“To see the flag flying would be a great tribute. It’s only what they deserve after what they did.” Dewar stated.

Although Scotland accounted for less than 10 per cent of the UK population, 20 per cent of the UK’s 2,400 volunteers to the International Brigades – over 500 – were Scottish. Scotland was also considered to be a hotbed of campaigning support for the Spanish Republic during the civil war.

To read the full article, visit the Press and Journal here.

Picture Courtesy of the Workers Party of Ireland.